This month, thousands of Disney Parks fans have participated in the “March Magic” online tournament via the official Walt Disney World Facebook page. This tournament began with 18 teams inspired by attractions from across all four parks at Walt Disney World Resort. Soon, guests will select which team will be crowned the title of “Ultimate Disney Attraction” for 2017. I recently caught up with Eric Karn, Customer Engagement Manager, who has been involved behind-the-scenes of the tournament for years. He shared what makes this tournament so unique.

“The tournament was created for guests who love Disney Parks,” explained Eric. “Being behind the scenes of the tournament, I love seeing the excitement from guests who comment on each matchup. While some guests respond with only a team name to cast their votes, others enjoy sharing the reasons why they are voting for a particular attraction, whether it’s a favorite memory or a ‘must do’ during their vacation. Their stories reaffirm that magic is endless at Walt Disney World as everyone has a favorite Disney attraction.” 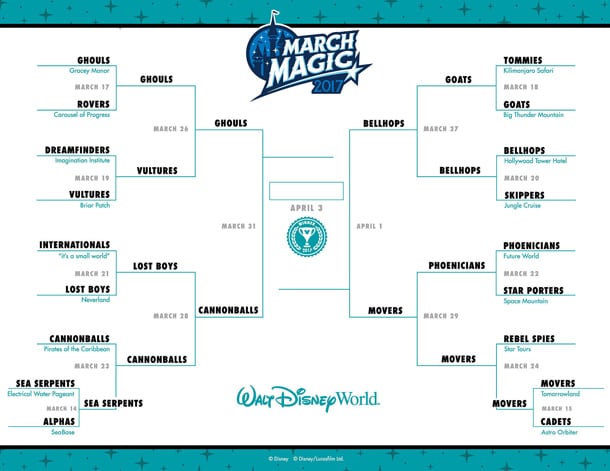 This year’s challenge concludes this week with a few remaining match-ups. 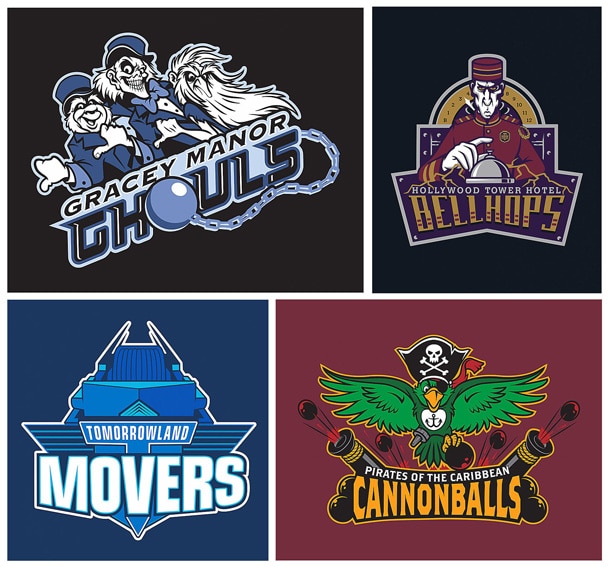 On Friday, March 31, match-ups will be the Gracey Manor Ghouls versus the Pirates of the Caribbean Cannonballs. Voting for the Hollywood Tower Hotel Bellhops versus the Tomorrowland Movers will take place on Saturday, April 1.

Winners from each of these tournaments will move on to the final championship round on Monday, April 3. 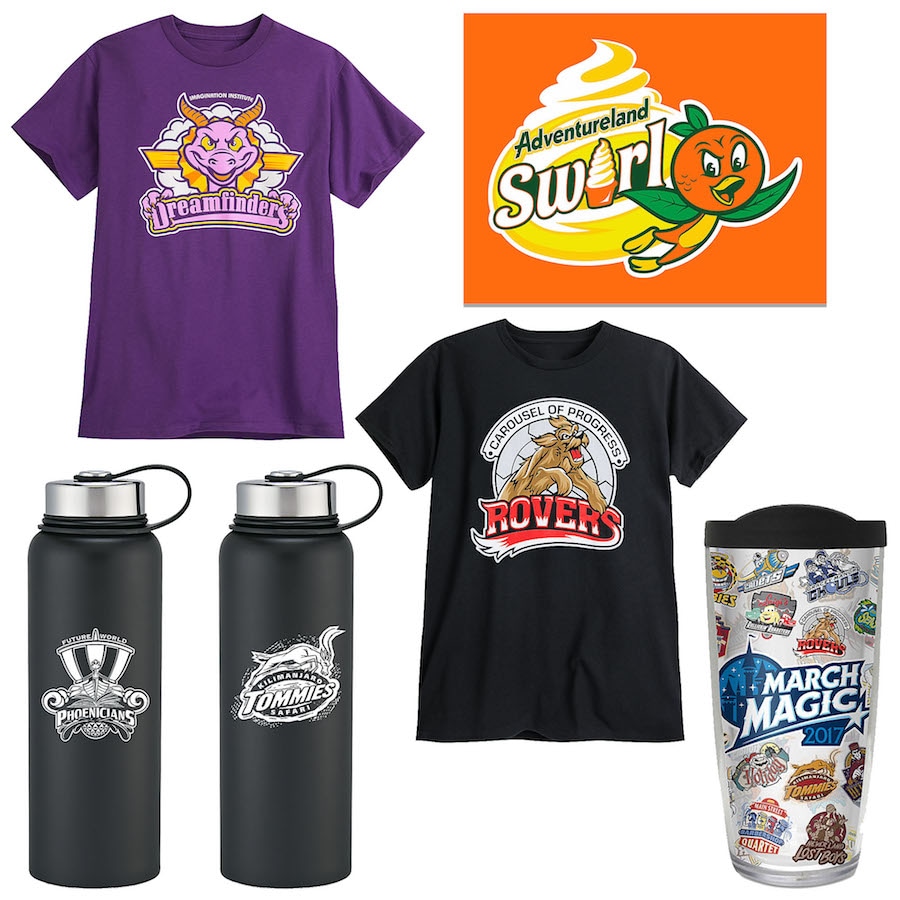 Finally, guests have a few more days to order this year’s commemorative merchandise from the online store. Products for all March Magic teams this year are still available including a travel tumbler, shirts, posters, and stainless steel team logo water bottles. Just visit DisneyStore.com/MarchMagic to see all items.

Which team will you choose?