This week, we continued our countdown until the May 12 debut of the new nighttime fireworks spectacular “Happily Ever After” at Magic Kingdom Park with an exclusive behind-the-scenes look at the experience.

“Happily Ever After” will feature the latest in fireworks, pyrotechnics and projection technology, plus fresh animation, a new score and theme song – all of which the creative team used as tools that together tell a story only Disney can tell. Check out Jenn’s original story for more details. Keep your eye on the Disney Parks Blog for more information on “Happily Ever After.” 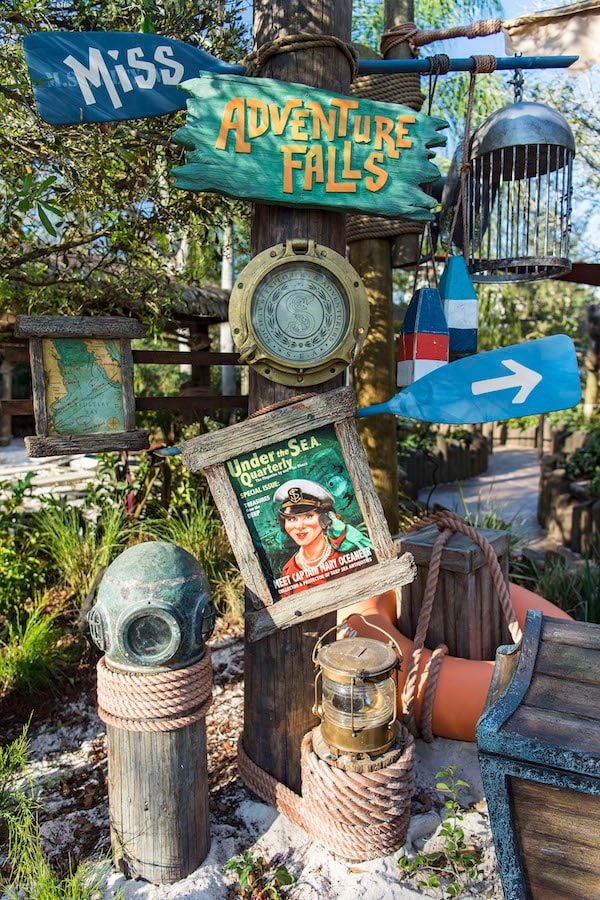 And we also continued our exclusive “All in the Details” series this week with another look at one of the most story-driven attractions ever created for one of our water parks – Miss Adventure Falls at Disney’s Typhoon Lagoon Water Park. The details you’ll see on each journey to and through the family raft attraction will give you a peek into the adventures of Captain Mary Oceaneer, a world famous treasure-hunter and member of the Society of Explorers and Adventurers (S.E.A). Visit our original story for more details and images.