“We watched ‘Avatar’ and noted that the Na’vi are in stellar shape – very lean, with beautiful skin and bright yellow eyes,” said Executive Pastry Chef Stefan Riemer. The Na’vi colors were the inspiration for the Blueberry Cream Cheese Mousse, a cream cheese and blueberry creation with passion fruit to connect to the film’s tropical environment.

The mousse tastes as delicious as it looks, with a combination of acidity from the passion fruit with bold blueberry and cream cheese. 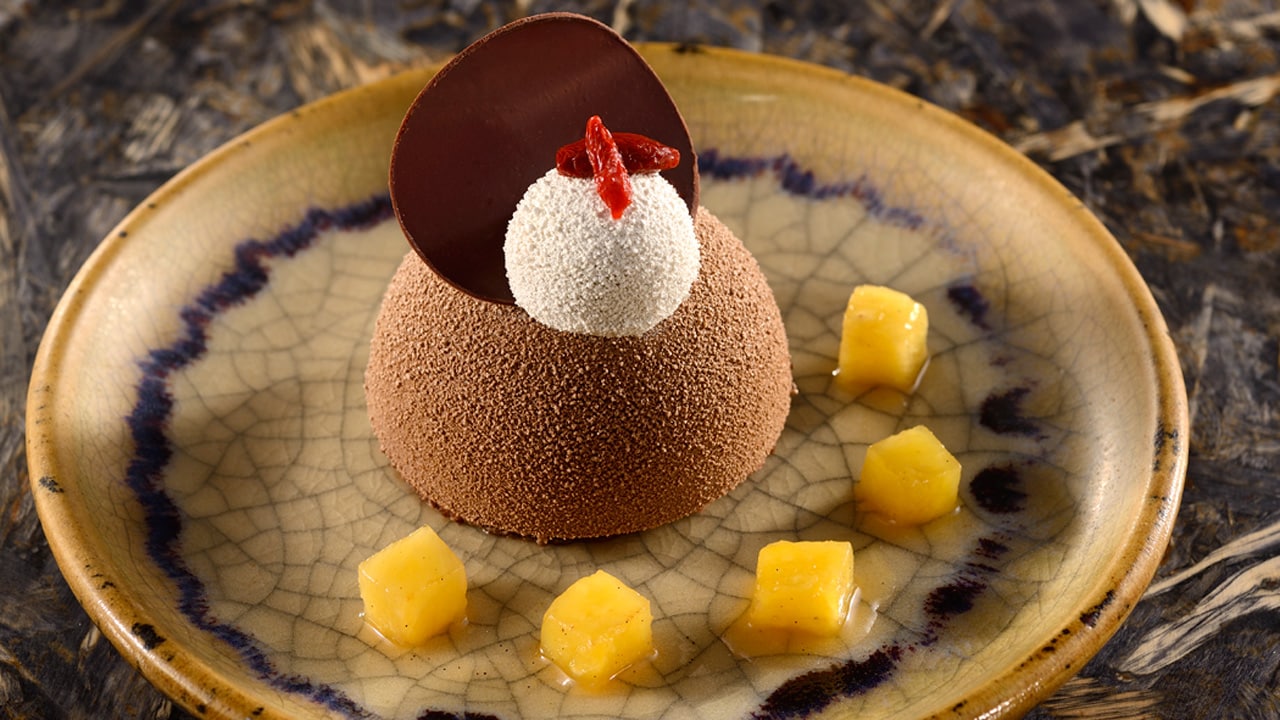 The Chocolate Cake with a Crunchy Cookie, Banana Cream and Goji Berries again takes its inspiration from the healthy Na’vi, as the chocolate bean would fit perfectly, says Riemer. “We used dark chocolate because it’s rich in antioxidants, then add a little crunch with a cookie wafer and the contrast of creamy mousse.”

The cake is topped with banana cream, made with a few simple (but delicious) ingredients: cream, white chocolate and bananas, with a little drizzle of lemon. “The chocolate-banana is a great flavor combination,” says Riemer. “Then we added goji berry on top – it tastes a little like a raisin, and we hydrated it with simple syrup. The taste of the goji berry with the banana cream and chocolate is a lovely balance of flavors.”

If these desserts seem fancy for quick service, it’s because Riemer’s philosophy is that desserts should always have complexity in flavor, taste, texture and color. “These desserts have flavors that our guests will recognize, but in smaller portions.” (He recommends that you savor the experience of each bite.)

Both upscale desserts were taste tested with kids and came out winners. “We got a thumbs-up for both desserts!” says Riemer with a smile.