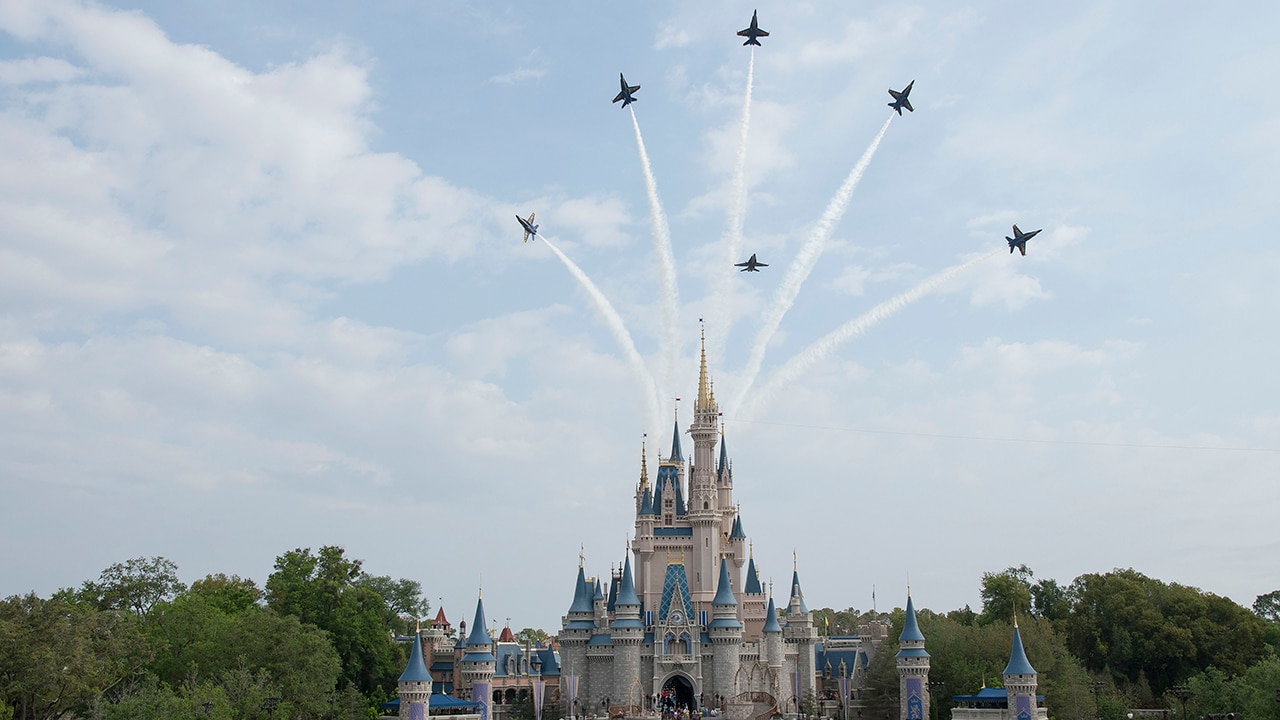 Today, the U.S. Navy Blue Angels performed several spectacular flyovers at Magic Kingdom Park – roaring over Cinderella Castle as guests in the park cheered (and even shed tears of joy) during the aerial demonstration.

The Blue Angels executed two planned passes at 500 feet above Magic Kingdom at the Walt Disney World Resort on Thursday. At speeds of more than 250 mph, the Blue Angels performed a perfect “Delta Break” maneuver right above Cinderella Castle. Check it out:

Guests at Magic Kingdom Park said they enjoyed the rare opportunity to see some of the world’s best pilots in action during their Disney vacation. “You don’t think it can get much more magical (at Walt Disney World) but then you see the Blue Angels fly over and it’s just incredible,” Magic Kingdom guest Eric Delee from Port St. Lucia said. “It brought tears to my eyes.”

After the Walt Disney World flyovers, the Blue Angels are heading to Lakeland, Florida for a weekend performance at the Sun ‘n Fun Fly-In.