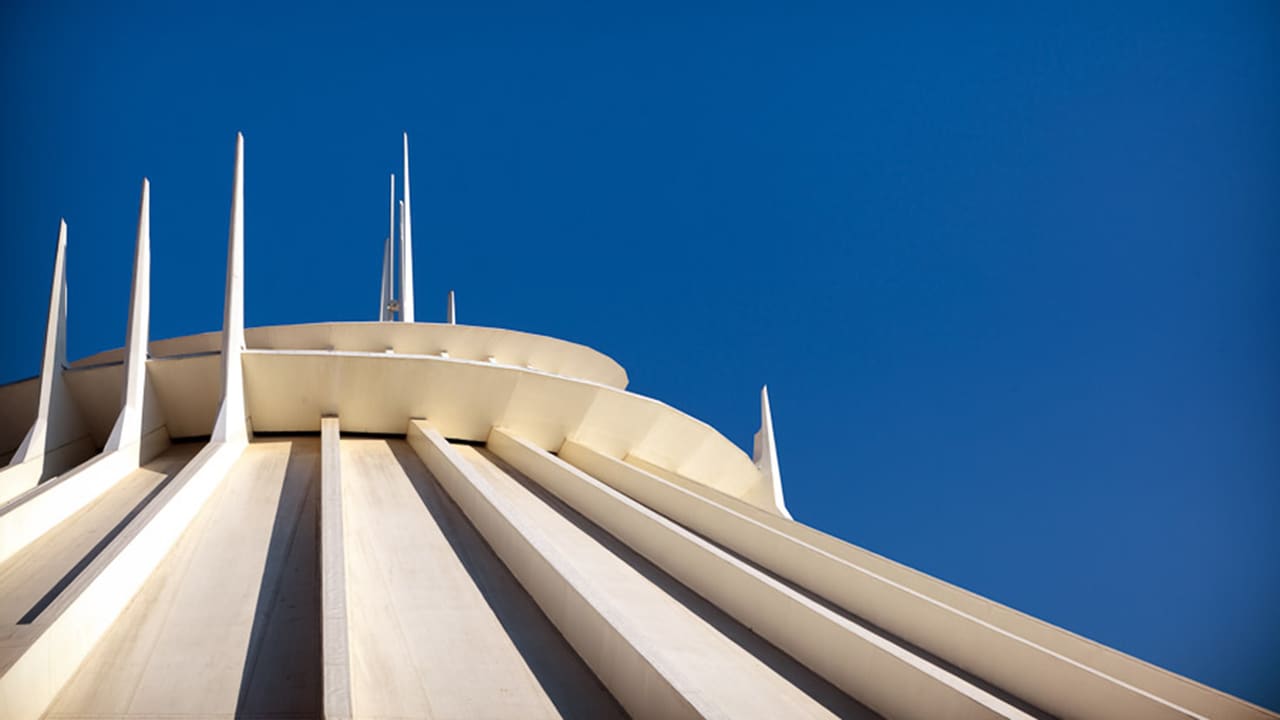 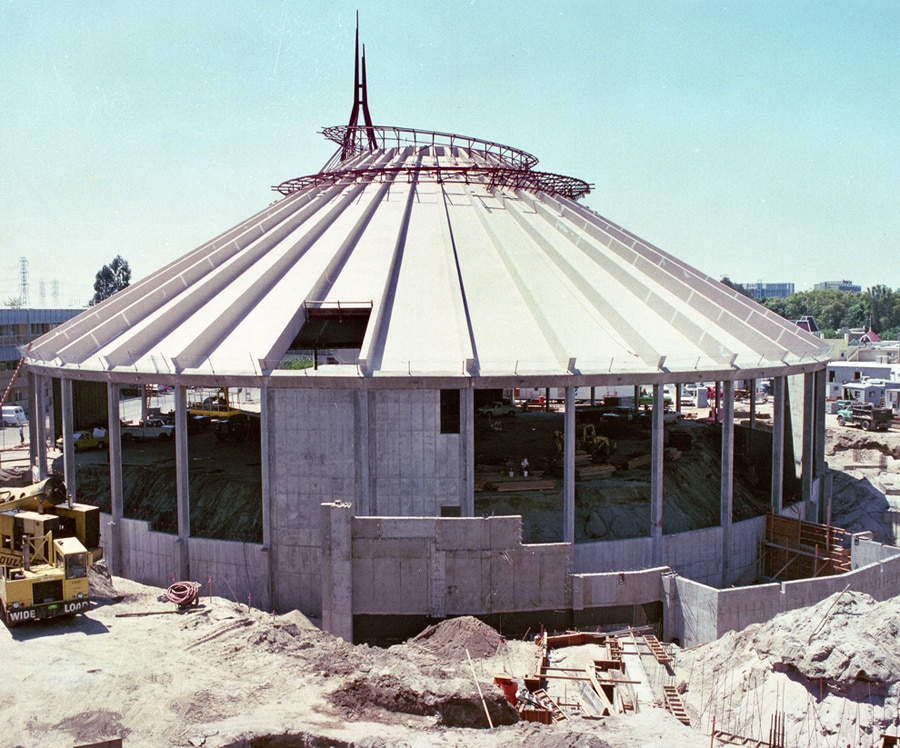 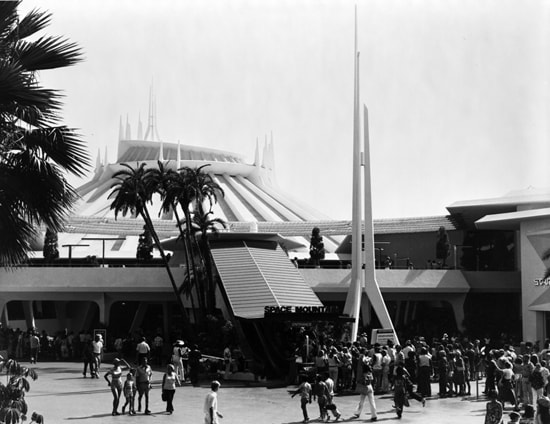 And here we see guests preparing to blast off not long after it opened. 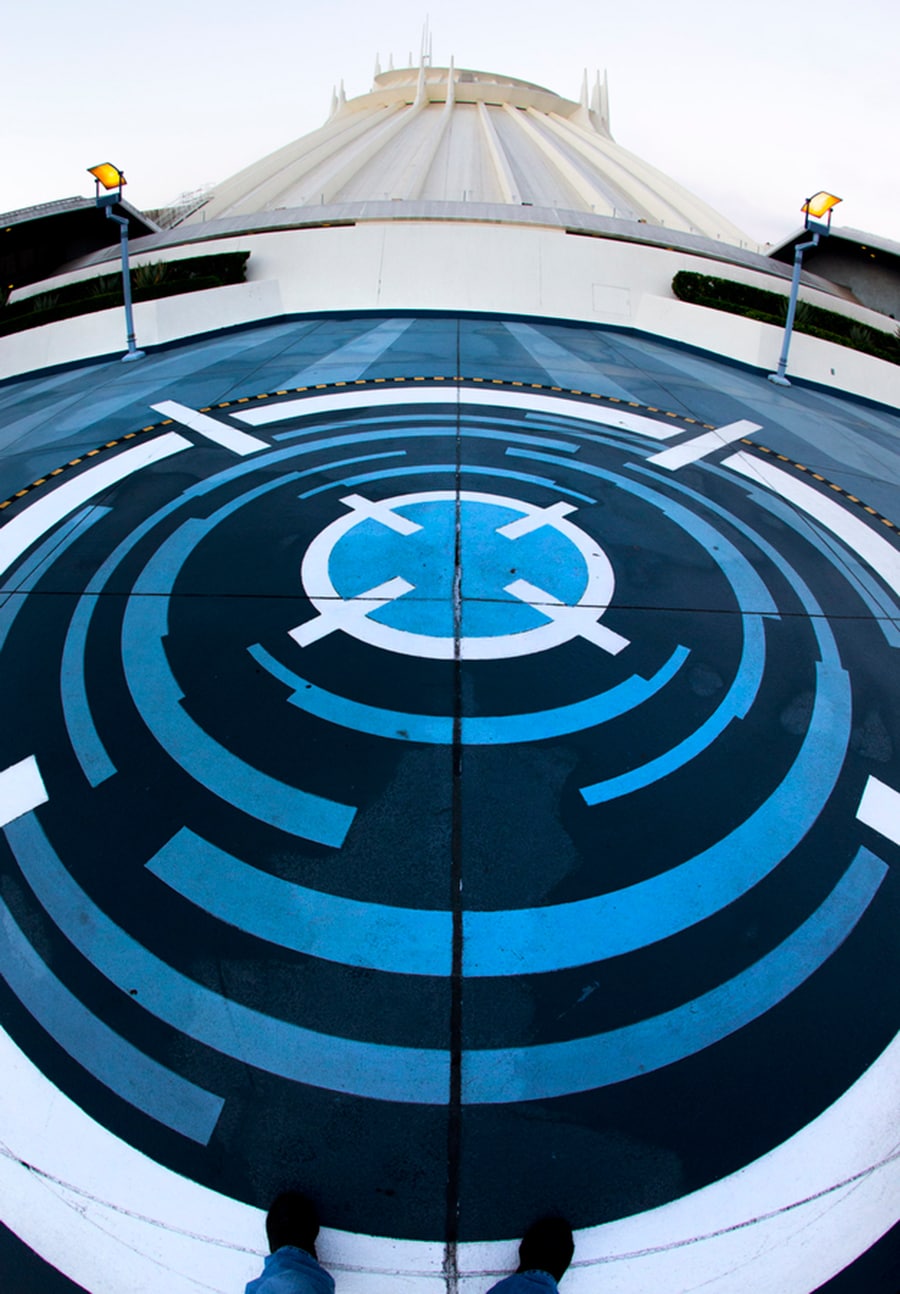 This photo was shot by former Disneyland Resort Chief Photographer Paul Hiffmeyer, who always had a knack for finding unique perspectives. And if you look closely, you may just see a bit of Paul in the photo! 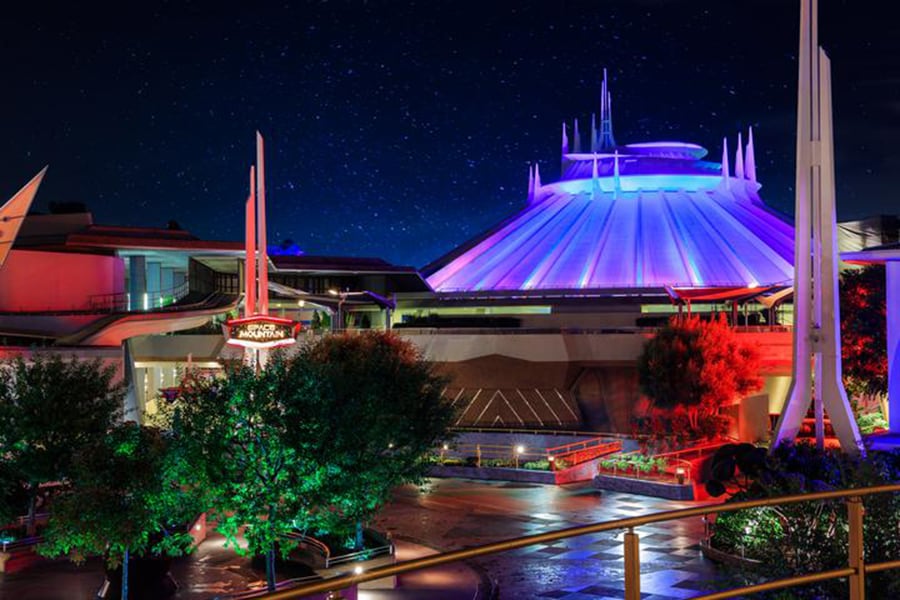 And finally, I love this enchanting photo of Space Mountain looming above Tomorrowland in the starlight.