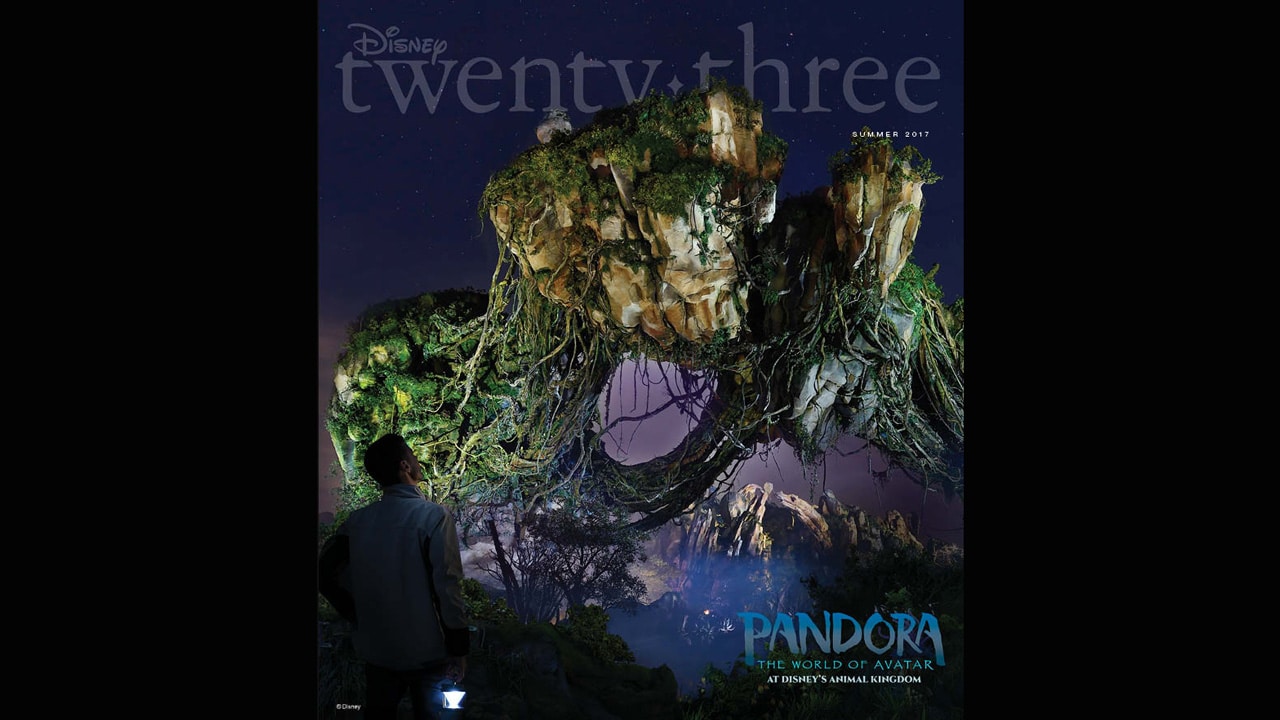 The Summer 2017 issue of Disney twenty-three, opens up Pandora – The World of Avatar in new, dazzling ways. The publication, available exclusively to D23 Gold Members, includes interviews with Imagineer Joe Rodhe, Avatar director James Cameron, Avatar Producer Jon Landau, Walt Disney Parks and Resorts Chairman Bob Chapek, and more, offering a look into the remarkable craftsmanship and exquisite detail that has gone into creating this new land at Disney’s Animal Kingdom, which opens on May 27.

“We didn’t build sets of all this stuff when we made the movie. It was all in a computer,” James Cameron remarked in an exclusive interview with Disney twenty-three. “So, to be able to walk around it in full-scale? It’s unfathomable. We’re literally on Pandora! I’m on Pandora! It was a pinch-me moment to ensure I was really awake and actually in the world we had created.”

Plus, all D23 Gold Members will receive a Na’vi translator card featuring the Shaman of Songs, the character featured on the attraction Na’vi River Journey. This card is a collectible on its own and, when used with the Na’vi language translator device (available at Pandora this summer), will tell the guest how to say the words in the Na’vi language.