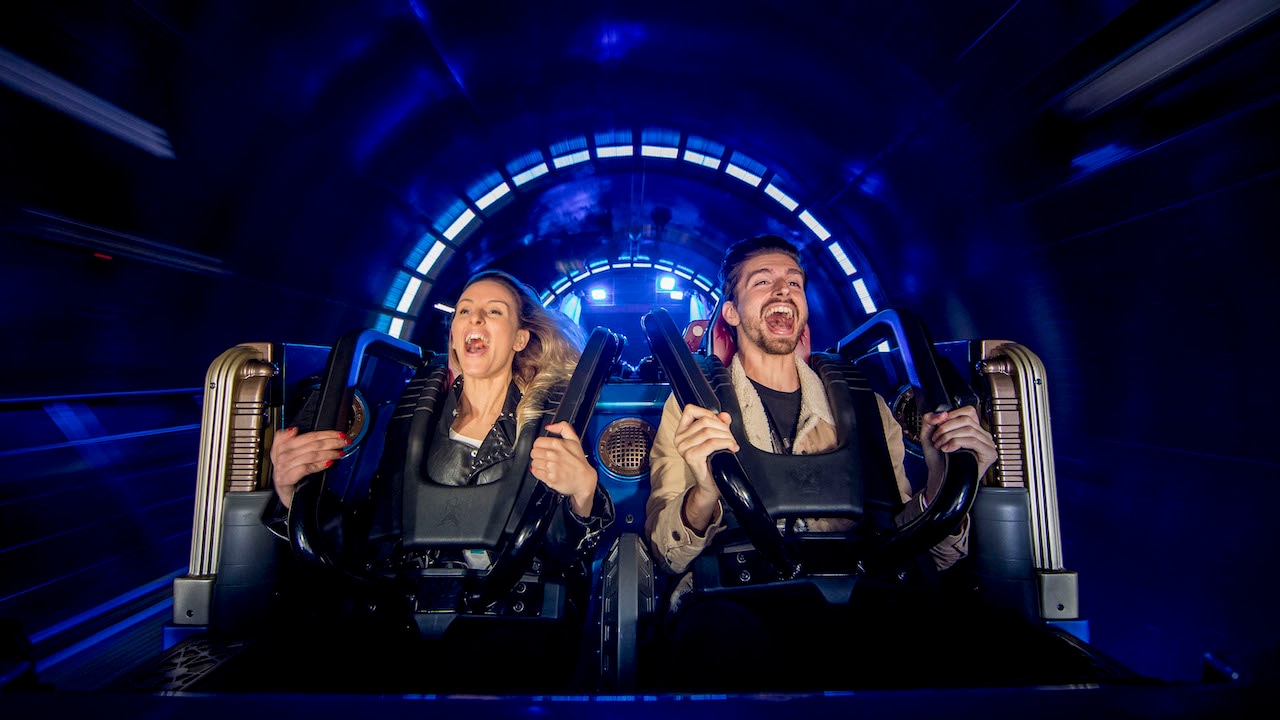 Calling all Rebel spies: Star Wars Hyperspace Mountain is now open at Disneyland Paris! After a briefing by the famous Admiral Ackbar, you can travel on an epic adventure across the galaxy to the planet Jakku in the name of the Rebel Alliance. Experience all the thrills of intense speed to the soundtrack from the legendary saga – and be sure to keep an eye out for TIE fighters and an intimidating Star Destroyer.

With this newest transformation, there are more ways than ever before to step into the Star Wars galaxy. In March as part of our 25th Anniversary celebration, we opened the highly anticipated Star Tours: The Adventures Continue with new destinations, a new pilot, new characters and new 3D technology. The formidable Darth Vader made his presence known in a new dedicated area near the attraction as well.

You can also catch a glimpse of the Star Wars saga in our new Disney Illuminations nighttime spectacular, which combines cutting-edge technology and special effects to transform Sleeping Beauty Castle into a land of dreams. Don’t forget to fit in a viewing of the brand new Disney Stars on Parade and the new stage show, Mickey Presents “Happy Anniversary Disneyland Paris.” There’s so much to do and see as the resort gets the sparkle treatment for its anniversary celebration!

Let us know in the comments below what you’re most excited to see during your next visit to Disneyland Paris.