Wildlife Wednesday: We’re Learning So Much About Purple Martins!

Purple martins are beautiful migratory birds that complete a 6,000-mile roundtrip each year between North America, where they breed, and the Brazilian Amazon, where they spend the fall. Each year, more and more of these birds stop at the Walt Disney World Resort to choose a mate and raise a family, and Disney’s Conservation Team is working to learn as much as they can about this native species.

It may sound challenging to study a bird that weighs only 2 oz. and flies more than 6,000 miles a year, but because purple martins rely almost exclusively on housing humans install for them, we are learning a great deal by monitoring their nests and observing the birds’ behavior. In collaboration with York University and the University of Manitoba, each year, we give each adult and nestling bird a “magic band” so we can tell who comes back next year for another Disney adventure. 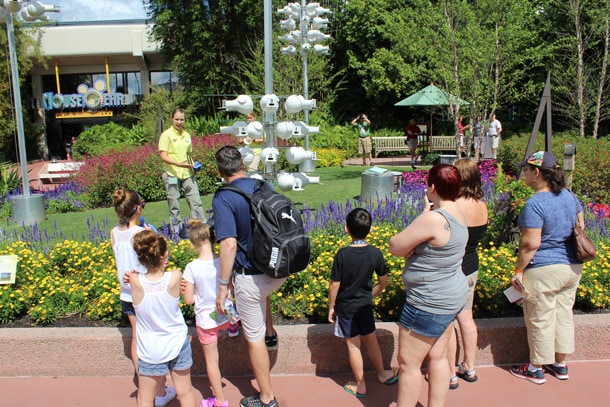 We track our birds to the Brazilian Amazon and back to learn what type of habitats need to be conserved so our birds can continue making their incredible yearly migrations. In a recently published scientific-journal article, our Conservation Team contributed to a study about purple martin migration with Dr. Kevin Fraser. This study showed how we used new GPS technology to pinpoint the exact location of where the birds roost in Brazil. Interestingly, they do not spend as much time in Brazilian cities where they have been observed previously like most people expected, but rather on small islands in the Amazon River and its tributaries. This is critical information because only about 17 percent of the roosts identified were in protected areas. This helps conservationists continue to develop new strategies to protect purple martins.

Disney is proud to support efforts to conserve habitats that purple martins rely upon during their migration through Central and South America. In 2012, Disney helped plant 3 million trees in Brazil’s Atlantic Forest in collaboration with the Nature Conservancy’s Plant a Billion Trees Campaign. The Disney Conservation Fund has provided more than $4 million in support of conservation efforts in Latin America.

Be sure to say hi to our conservation specialists if you see them conducting a nest check! You might even get to see a baby purple martin! You can see our conservation team in action at purple martin nest checks every Tuesday and Thursday at Epcot (behind MouseGear) at 11 a.m. and at Disney’s Caribbean Beach Resort (near Shutters) every Tuesday and Thursday at 9 a.m. through the end of June.