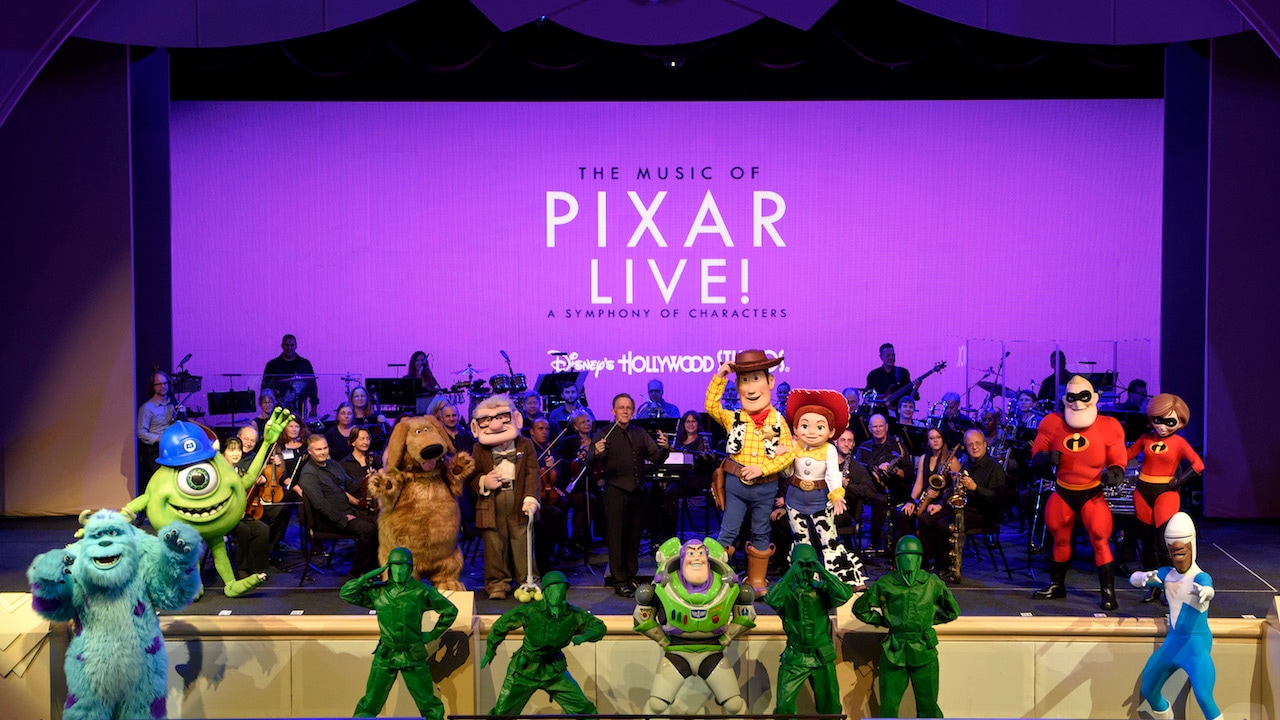 #DisneyParksLIVE Will Live Stream ‘The Music of Pixar Live!’ on June 29

We’re continuing our celebration of summer here on the Disney Parks Blog with a special opportunity to watch “The Music of Pixar LIVE! A Symphony of Characters” – our new limited-time concert event that showcases music from Pixar Animation Studios at Disney’s Hollywood Studios.

Our latest #DisneyParksLIVE stream will begin at 7:55 p.m. EST on June 29. A fresh story with live video will appear at the top of the Disney Parks Parks Blog on Thursday night before the show. We’ll begin the broadcast with some special behind-the-scenes looks at the show, so be sure to tune-in.

Also, don’t forget, you can see “The Music of Pixar LIVE! A Symphony of Characters” nightly this summer at Theater of the Stars at Disney’s Hollywood Studios.

Likes (0)
Share #DisneyParksLIVE Will Live Stream ‘The Music of Pixar Live!’ on June 29