There is a great deal of excitement at Disney Parks across the globe, and the Disneyland Resort is no exception. From the opening of Guardians of the Galaxy – Mission: BREAKOUT! to the return of the nighttime spectacular, “Fantasmic!,” Disneyland Resort is the place to be this summer. 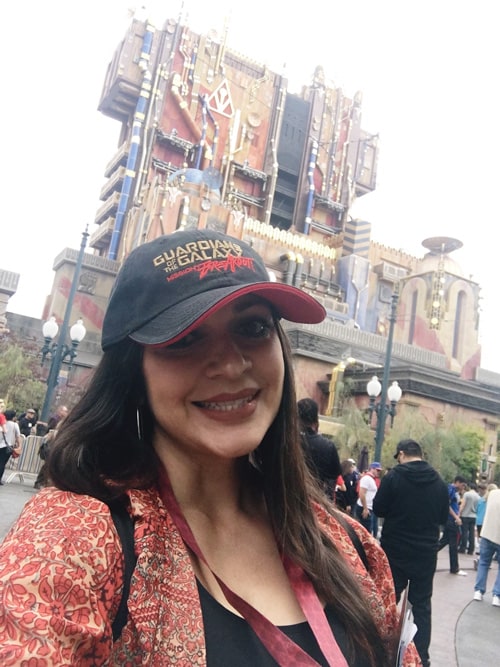 “It was a star-studded grand opening for Guardians of the Galaxy – Mission: BREAKOUT!,” she said. “Benicio del Toro, who plays Taneleer Tivan (aka The Collector), officially opened the attraction by announcing to the ladies and gentlemen of Terra that the ‘Tivan collection was officially open.’ This was followed by a dynamic fireworks display!” 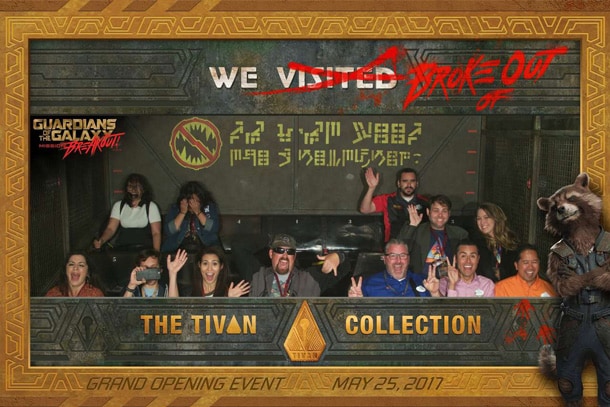 In Anabel’s words, Guardians of the Galaxy – Mission: BREAKOUT! “is a super high-energy, loud and incredibly mind-blowing thrill ride!” She added that she “screamed her lungs out and laughed hysterically when it was over.”

Along with the new attraction, guests are also invited to take to the dance floor with Star-Lord and Gamora in the epic “Guardians of the Galaxy: Awesome Dance Off!” A friendly dance competition will be inspired by the classic songs heard blasting from Star-Lord’s boom box.

Feeling your inner Super Hero? You can test your Super Hero skills during the Avengers Training Initiative. Young recruits wishing to train will gather with Black Widow and Hawkeye and learn techniques and skills from the pros. The recruits might even be called to face off against the evil HYDRA organization.

“The recruits receive their special training from Super Heroes and are protected with the help of Captain America shields,” Anabel added. “The Avengers Training Initiative is a great attraction for young Super Heroes.” 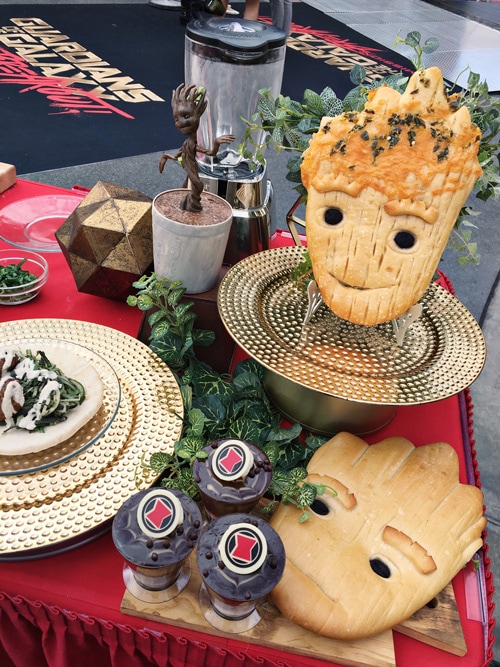 Super Heroes also need to fuel themselves with great food! This summer there will be tasty limited-time Summer of Heroes-themed food offerings which include The Most Dangerous Tacos in the Galaxy and a Multiverse Parfait. A few of Anabel’s favorites included cheesy sourdough Groot bread with jalapeno pepper shavings, special Super Hero-themed donuts, and an awesome “Angry Little Pudding Cup.” She describes the pudding cup as a chocolate lover’s dream.

This summer at Disneyland park will feature the return of “Fantasmic!” at the Rivers of America, complete with magical, new effects music and Disney stories. Make sure you don’t miss this breathtaking journey into Mickey Mouse’s amazing dream world.

Also, be sure not to miss the extended run of the Main Street Electrical Parade at Disneyland park. This beloved nighttime parade will run nightly through August 20, 2017. The parade began at Disneyland in 1972 and has continued to be a favorite among guests. The iconic parade features Disney characters and stories, along with half a million twinkling lights and the popular, synthesized music of “Baroque Hoedown.”

For more Disneyland Resort tips or to ask questions about planning your upcoming Disney Parks vacation, be sure to visit DisneyParksMomsPanel.com for a personalized response from our knowledgeable panel.