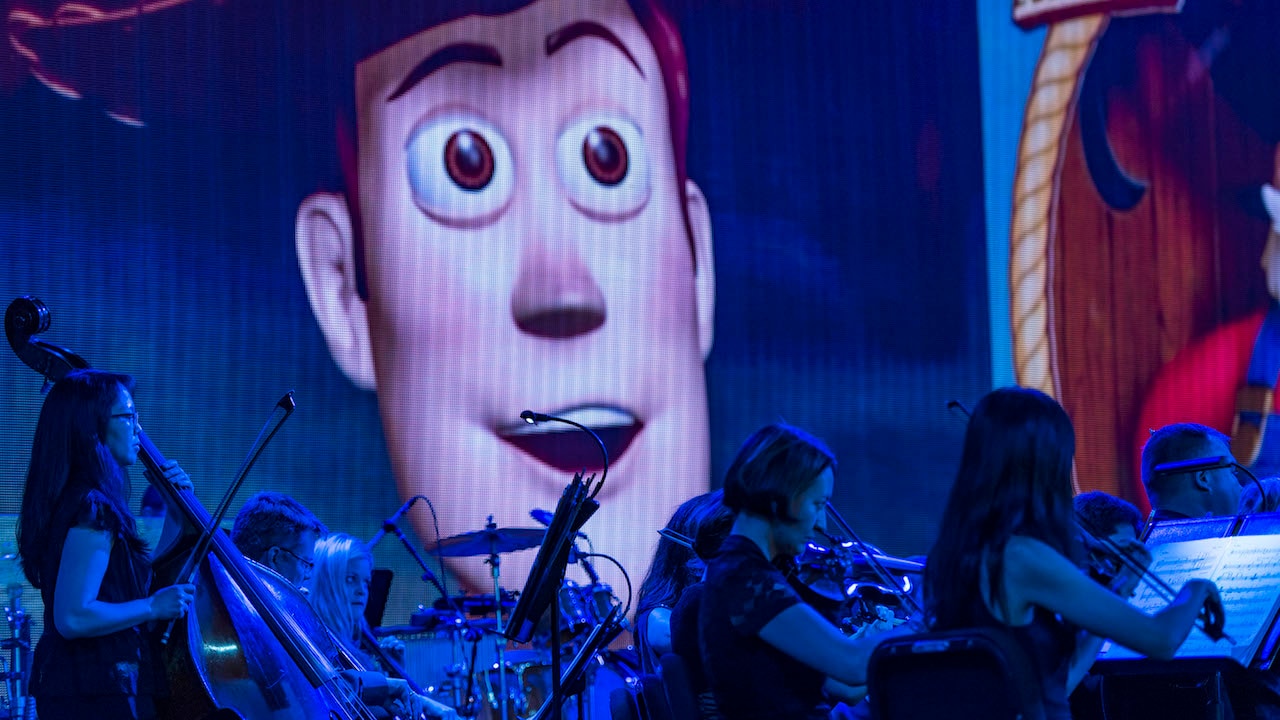 Pixar’s Pete Docter Shares What He Loves About ‘The Music of Pixar LIVE! A Symphony of Characters’

“The Music of Pixar LIVE! A Symphony of Characters” debuted at Disney’s Hollywood Studios a few weeks ago, and it’s safe to say that this new guest offering is defying guest expectations.

The show features a live orchestra playing highlights of some of Pixar’s greatest scores, from films like “Toy Story” to “Cars 3.” Guests can also expect appearances by Woody, Jessie, Mike and Sulley, the Incredibles and more.

The show is presented three times nightly at Theater of the Stars at Disney’s Hollywood Studios (following the regular daily performances of “Beauty and the Beast – Live on Stage”).

Pixar’s Pete Docter (“Inside Out,” “Monsters, Inc.” and “Up”) recently stopped by to see the show, and afterwards, shared his reaction with us. Check out the video above to see why you should run out to see “The Music of Pixar LIVE! A Symphony of Characters” at Disney’s Hollywood Studios this summer.

Likes (0)
Share Pixar’s Pete Docter Shares What He Loves About ‘The Music of Pixar LIVE! A Symphony of Characters’