In this series, we’ve been diving into the Hawaiian language, which is a personal passion of mine. Today I’d like to raise us up into the sky and tell you about the kukuna o ka la, or rays of the sun, in Hawaiʻi. Throughout Hawaiʻi, and especially here at Aulani, a Disney Resort & Spa, we tell moʻolelo, or stories, about how the demi-god Maui captured the sun. According to some stories, he captured the sun at a mountain just down the road from Aulani called Heleakala. Maui wanted the sun to slow down so our Hawaiian bark-cloth, or kapa, would have time to dry. So, he captured the sun and made it rise and fall on a regular cycle. Now, we are so thankful that he did! You can see this story gloriously brought to life as part of Aulani’s KA WA‘A lu‘au. 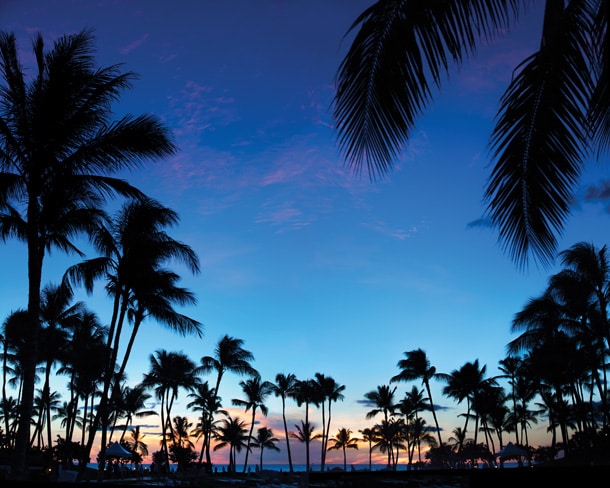 During summer at Aulani, you can enjoy the kukuna o ka la in so many ways! You can greet the sun in the morning with yoga at our lagoon. Or perhaps you might enjoy some time splashing around our Waikolohe Stream in an inner-tube that allows you to float through the valley. Or maybe you will play hide-and-seek from the kukuna o ka la by relaxing in one of our poolside cabanas during your stay.

One thing you shouldn’t miss is the best show on all of Oʻahu: our beautiful sunset. As Moana sings, “There’s a line where the sky meets the sea, and it’s calling.” Come experience the kukuna o ka la at Aulani.

A hui hou, until we meet again.

Note: In printed materials, Aulani Resort uses the contemporary spelling of Hawaiian words, which includes marks such as the kahako (macron). Because these marks do not often display correctly in electronic formats, including the text of the Disney Parks Blog, we’ve omitted them to ensure clarity.