Or “Greetings” from our friends and fellow cast at the Tokyo Disney Resort in Japan.

Having recently returned from Tokyo Disney Resort, I can tell you it’s a Disney resort unlike any other. They LOVE to throw a party. I was there during their Easter celebration and it was Egg-ceptional. 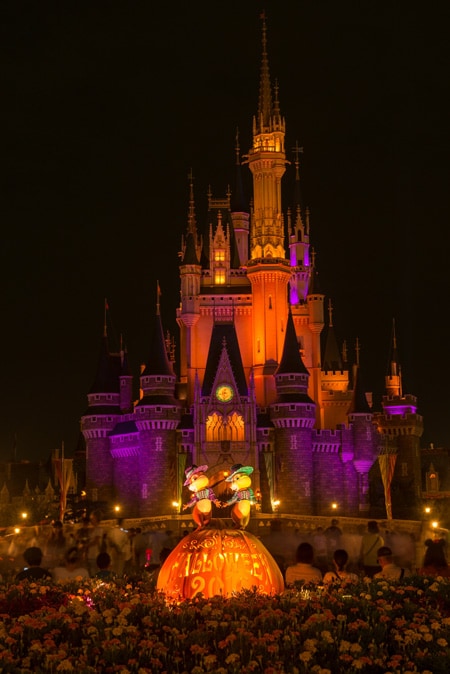 This fall will see the 20th year of Halloween events to the resort – with haunted happenings at both Tokyo Disneyland and Tokyo DisneySea parks.

“Disney’s Halloween” will include “spook-tacular” fun in both parks:

Tokyo Disneyland will present the music-themed “Halloween Pop’n LIVE,” featuring favorite Disney characters and entertainers energizing the crowd along the park’s regular parade route. Mickey Mouse, Minnie Mouse and their friends will be sporting new costumes; and an MC will appear for the first time to take the excitement to a higher level. For the first time both parks will allow guests of all ages to dress up as Disney Characters on any day during the special event period. Guests will be able to immerse themselves in the world of Disney even more as they get into the Halloween spirit by dressing up with simple character touches or going all the way with full character costumes.*

Guests will also find specialty food and beverage offerings; photo locations, Halloween-themed decorations and merchandise throughout both parks to spell-a-brate the season of ghosts, goblins and ghouls.

To find out more about Disney’s Halloween and all the fun stuff at Tokyo Disney Resort, check out their web site.