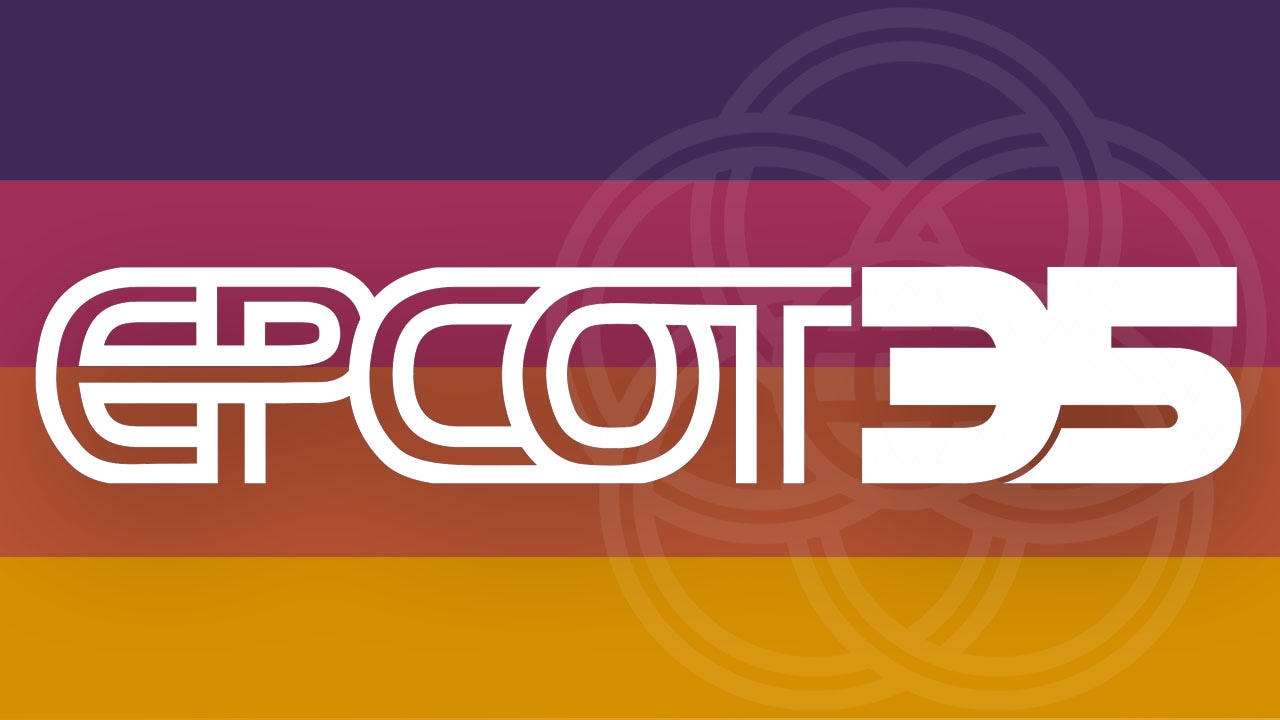 This October, Epcot celebrates its 35th Anniversary at Walt Disney World Resort. To commemorate this milestone occasion, the Disney Parks Merchandise team has created a retro-inspired merchandise collection that captures the essence of a spirited phrase from Epcot’s beginnings, “We’ve just begun to dream.” I spoke with Eric Caszatt, Creative Manager with the Disney Consumer Products and Interactive Media Creative Group, about how research played an important role when designing artwork for this collection. 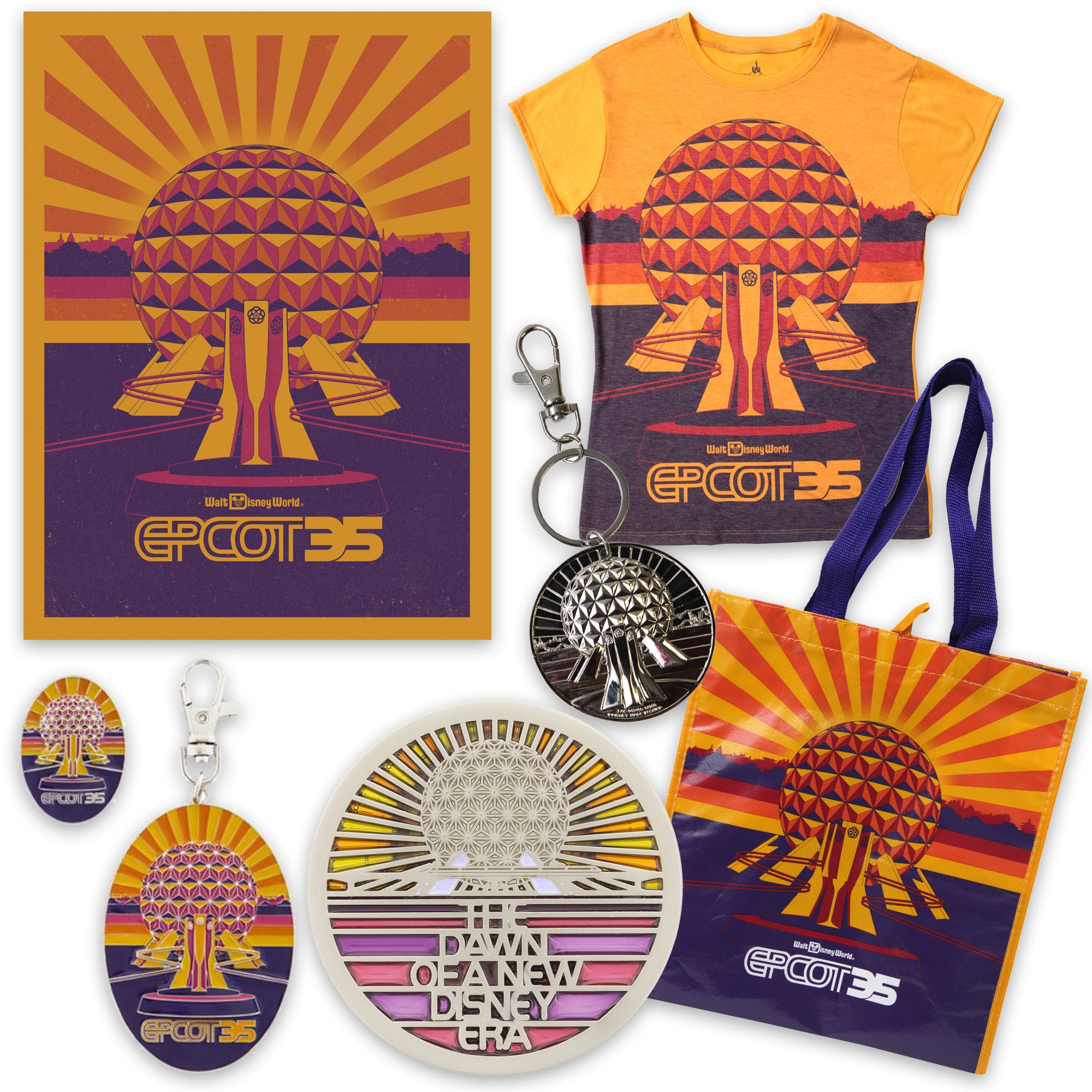 “Many of the artists on my team are long-time Epcot fans,” explained Eric. “We wanted the art to have a distinct vintage feeling, and take its cues from artwork, logos, signage, and in-park graphics found in the early 1980s. We also referenced actual merchandise released during the first few years of operation. Many products then did not incorporate Disney characters into the artwork with the exception of Figment from the Journey Into Imagination attraction. I’m excited to see several products being released this fall can trace their heritage back to those original items.”

One of the art team’s most noticeable nods to original Epcot is their use of five colors – purple, pink, red, orange, and gold. These colors were prominently featured on a variety of opening year products, from license plates to coffee mugs to jewelry boxes (you can see some of those items in this article). The anniversary artwork has the same colors with more muted tones, further enhancing the vintage look of items.

Eric said some products may include “EPCOT Center” in their designs. The art team used the theme park’s original name when a new item was directly inspired by an original merchandise product such as the youth and women’s “35” T-shirts, or the long sleeve shirt with Spaceship Earth graphic.

Fans of Figment will be delighted to find several items with the loveable purple dragon. Look for a simulated leather backpack, a wristlet, a logo pin, and apparel.

Other products have incorporated the EPCOT Center logo that “symbolizes unity, fellowship and harmony around the world.” Guests will also find original Future World pavilion logos on select products such as a baseball cap or a mystery pin set.

The Epcot 35th Anniversary collection will be released in late September in select locations throughout Epcot. Guests may also find select items via the Shop Disney Parks app once released.

Stay tuned to Disney Parks Blog in the coming weeks for additional looks at products created especially for October 1, 2017.