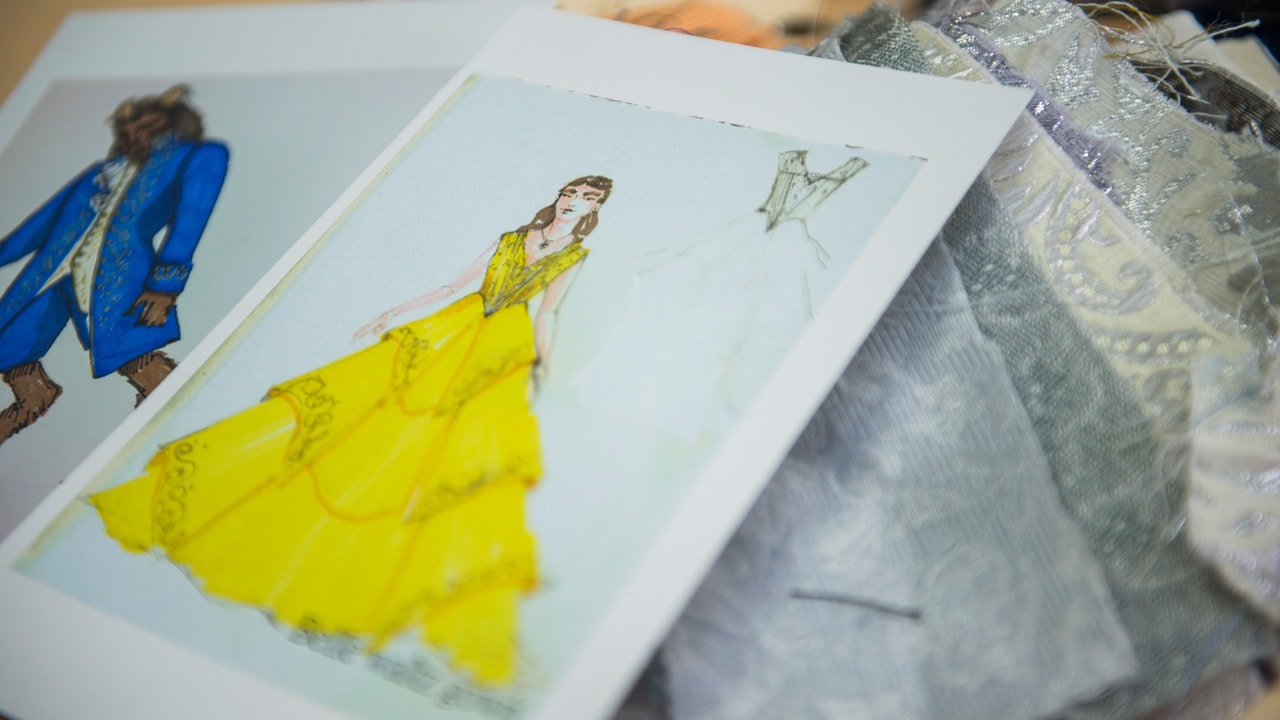 Dressing a Tale as Old as Time: An Exclusive Interview with the Costume Designer of Disney Cruise Line’s ‘Beauty and the Beast’

Our all-star creative team is hard at work to bring the beloved story of “Beauty and the Beast” to life in a whole new way on stage aboard the Disney Dream this November. I had the honor of meeting up with Broadway costume designer Sarah Cubbage recently to get the inside scoop on what it takes to design the elaborate costumes for a brand-new stage production of this classic tale. 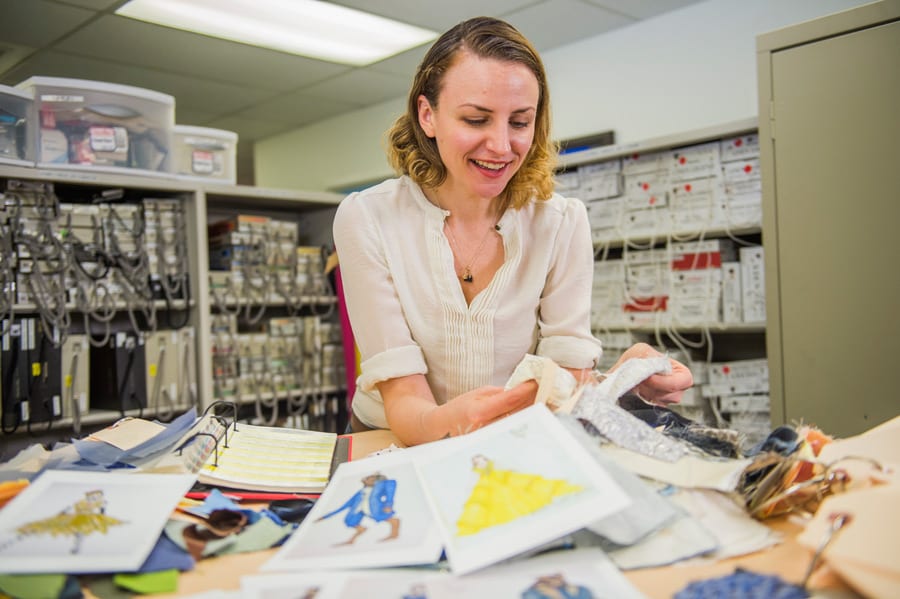 As you’re designing costumes for “Beauty and the Beast” aboard the Disney Dream, what has been your biggest inspiration?
“It’s a combination… I’ve of course been inspired by the iconic Disney characters and also by the luscious costume designs in the film. I’ve also really been inspired by the period, by exploring and researching what French country provincial wear is for peasants in the 18th century. And I’ve been inspired by fairytale, looking at examples of other fairytales and how different people have interpreted them. That’s really what we are creating – a fairytale based in this world – so you can let your imagination run wild.” 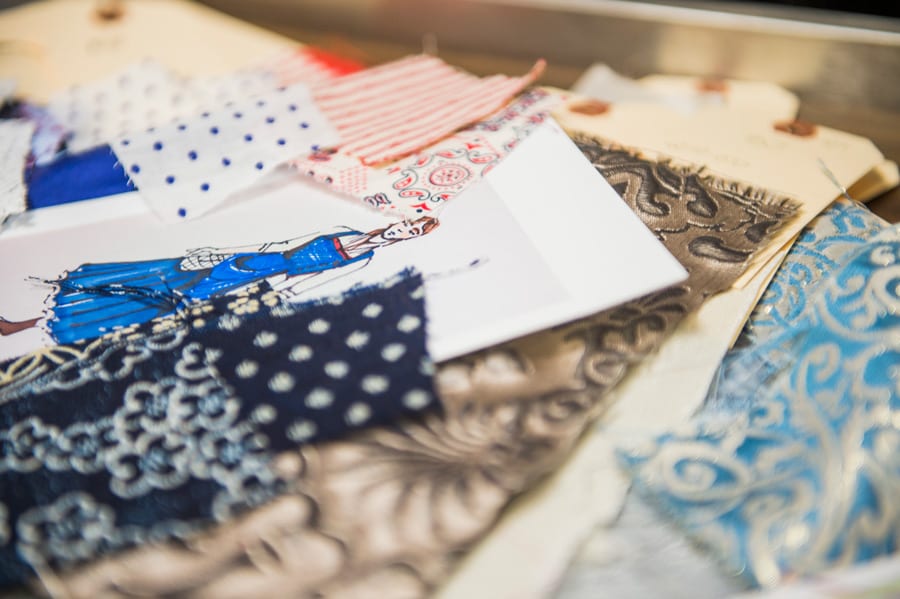 In what ways has the new live-action film inspired you?
“It’s the reality and depth and texture of the costumes in the film that I found incredibly inspiring. The animated version of “Beauty and the Beast” is iconic, but of course it is flat by nature of the animation. Because the live-action film exists, it gives us license and leeway to delve into the texture. What the costume designer in the film did so brilliantly is that no longer is Belle just in a flat blue dress. Belle is in a real skirt with that gorgeous, quilted hanging pocket that is authentic to the period. She’s a bit of a tomboy and can pull up her skirt and tuck it into her apron, so you’re aware of the lacing and the fabrics working together.”

Tell us about your process for bringing the beloved characters of this classic tale to life in a whole new way through costuming.
“My process begins with the research, and it’s about combining the historical element with the fantasy element. In this particular production of “Beauty and the Beast,” we are doing hi-fi story theater, which is combining traditional and really fun storytelling techniques with hi-tech fabulousness. So to bring the costumes to life doing that, I’ve started with digging into the 18th century period. Who are these people? How did they live? What was Belle’s life really like as a poor girl in the countryside in 18th century France? It’s everything from reading scripts to looking at pictures to meticulously studying the clothes, and that historical base helps gives the characters another dimension. Then, since we are in this spectacular fairytale, I combine that with the fantasy element that comes when she goes into the castle. And it’s with the fantasy element that we get to have a ton of fun with sparkle and sequence and rhinestones.” 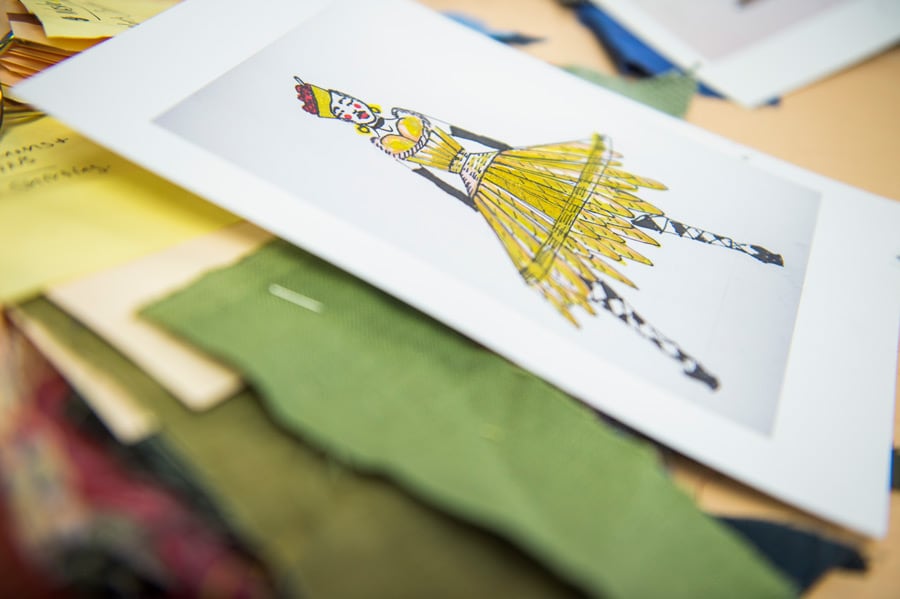 What’s different or unique about the costumes in this production from other retellings of “Beauty and the Beast?”
“The costumes in “Beauty and the Beast” combine texture and reality with high-fashion, spectacular dance numbers. The biggest “wow” factor guests can expect from the costumes is in the “Be Our Guest” number. They are going to be delighted with high-fashion, high-sparkle, gorgeous dance numbers, including an appetizer fashion show. We are creating our own world that’s gorgeous enough to be exciting from a fashion standpoint and also fun enough so that a six-year-old sees an escargot walking down the runway and gets it. Audiences have never seen a “Be Our Guest” like this before, and they are going to be delighted and completely wow-ed with the creative storytelling. ”

Sarah is collaborating with an incredibly talented team, led by director and choreographer Connor Gallagher, to bring the timeless fable of “Beauty and the Beast” to life like never before. For more behind-the-scenes details, take a look back at my previous posts and keep following along on the Disney Parks Blog as we go behind the curtain of a tale as old as time:

Likes (2)
Share Dressing a Tale as Old as Time: An Exclusive Interview with the Costume Designer of Disney Cruise Line’s ‘Beauty and the Beast’