Rivers of America Through the Years at Disneyland Park

On Saturday, July 29, the Rivers of America will be filled once again with the bustling activity of their iconic boats when Mark Twain Riverboat, Sailing Ship Columbia and Davy Crockett Explorer Canoes open once again for Disneyland park guests. To mark the exciting return of these Disneyland classics, let’s take a look back at the history of the Rivers of America watercraft.

The Rivers of America opened with Disneyland on July 17, 1955, and have continued to evolve throughout the more than 60 years since. This classic waterway takes guests on a journey along four iconic American rivers: the Mississippi, the Columbia, the Missouri and the Rio Grande. Aboard the reopened boats, guests will now discover an enhanced adventure featuring the new Columbia Gorge section, highlighted by five picturesque waterfalls. 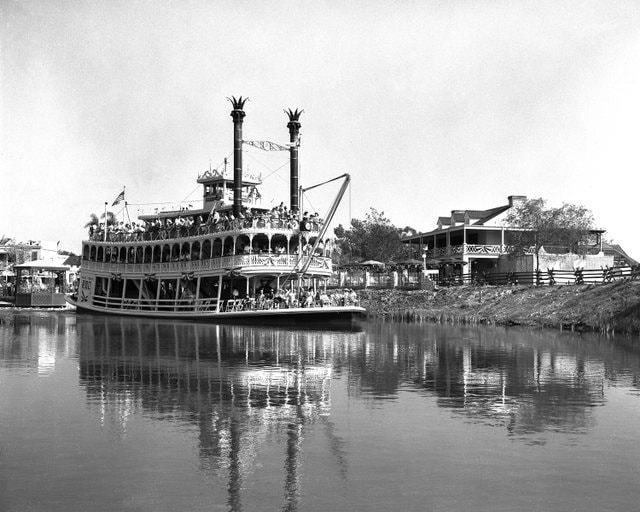 On opening day, of course, there was just one way to travel the rivers…on board the Mark Twain Riverboat. 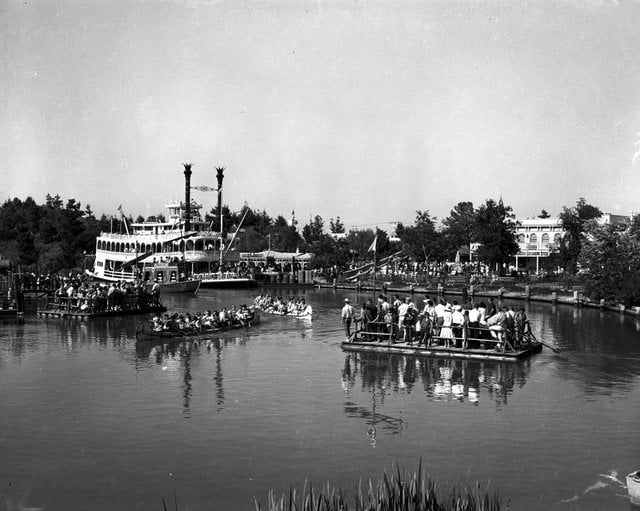 One year later, in 1956, the Rivers of America got busier with the addition of Indian War Canoes (now known as Davy Crockett Explorer Canoes) and Tom Sawyer Island Rafts (which took guests to the newly opened Tom Sawyer Island). 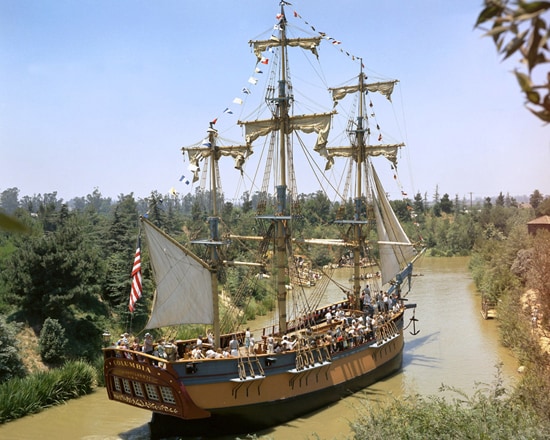 Then in 1958, another large watercraft joined Mark Twain Riverboat – the Sailing Ship Columbia. The ship is an exact replica of the 18th century merchant vessel, Columbia Rediviva, the first American ship to circumnavigate the globe, and the namesake of Oregon’s Columbia River.

The next significant change to the Rivers of America came in 1966 with the addition of New Orleans Square. Now guests could take a genteel stroll along the banks of the Mississippi River (one of four sections on the waterway), enjoying live music along with a lovely view. 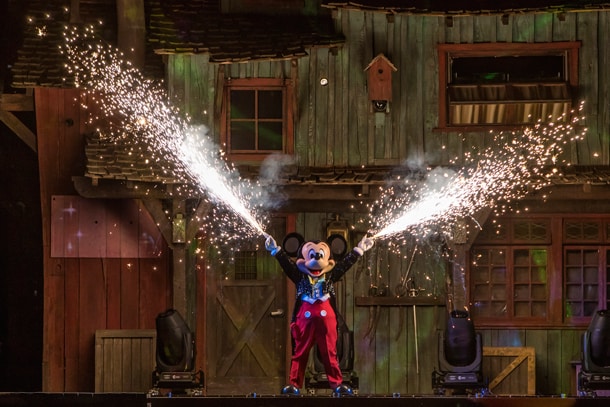 In 1992, the nights lit up with a fantastical journey into Mickey Mouse’s imagination when “Fantasmic!” debuted, quickly becoming a Disneyland classic. Since its reopening on July 17, the treasured Disneyland park experience guests have loved for years – complete with its original fanfare and theme song – has been wowing guests with new mist screens that combine with innovative, state-of-the-art projection technology for brighter and more vibrant visuals than ever before.

Experience the newest enhancements to the Rivers of America for yourself when we set sail once again beginning Saturday, July 29!