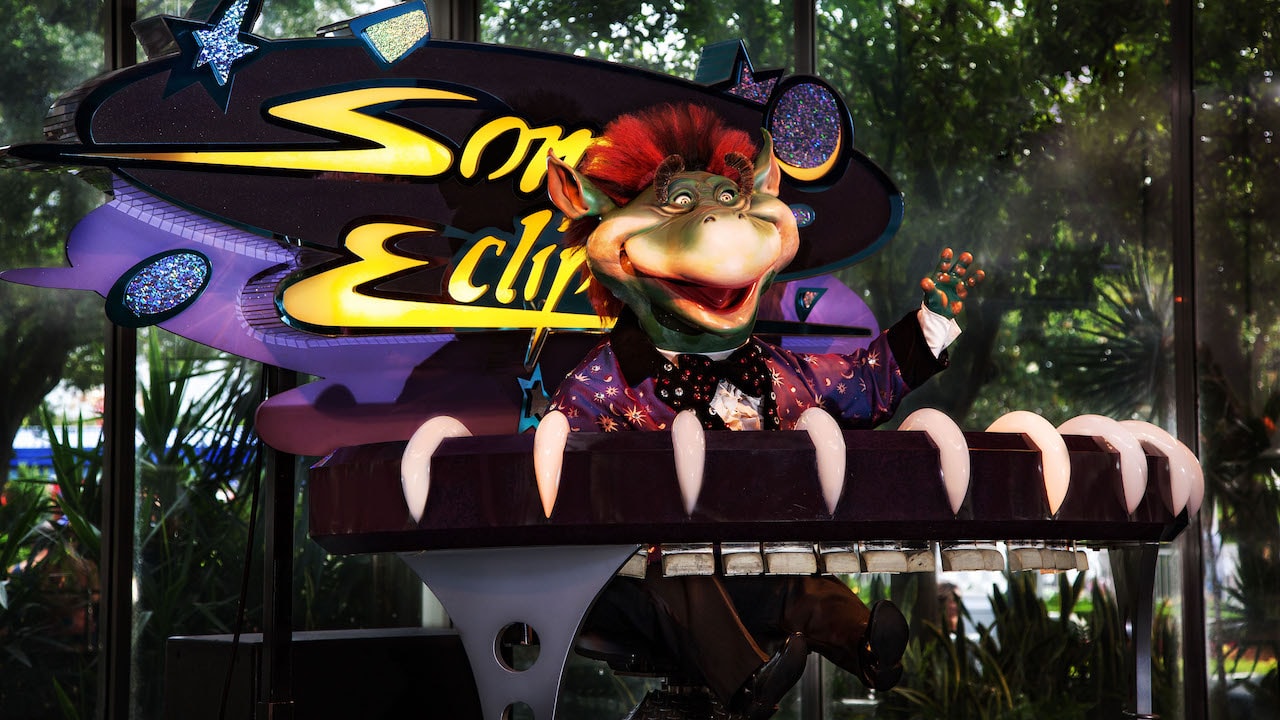 The “biggest little star in the galaxy” has been entertaining guests at Cosmic Ray’s Starlight Cafe in Tomorrowland at Magic Kingdom Park since 1995. Guests can catch his 27-minute set of tunes – and wisecracks – multiple times a day while they dine.

In honor of today’s solar eclipse, here are five fun facts about our very own Sonny Eclipse.

1. Sonny’s instrument is an Astro-Organ – The “out-of-this world” instrument he uses for accompaniment is a glowing keyboard-like creation called an Astro-Organ.
2. His hometown is Yew Nork City on Planet Zork – Sonny describes his hometown as a “topsy-turvy town where the subways are up and the streets are down.”
3. Sonny’s repertoire features only original songs – Sonny’s set includes eight original songs, including “Planetary Boogie,” “Bright Little Star,” “Space Angels” “Gravity Blues” and more. The songs were co-created by Walt Disney Imagineering and composer George Wilkens, who had previously written and arranged music for the Food Rocks attraction at Epcot and the “Honey, I Shrunk the Audience” pre-show at Disney’s Hollywood Studios.
4. Sonny loves jokes – Sonny incorporates many jokes into his act – the cornier the better! (“You know, I recently heard the universe was expanding. Guess it’s time to loosen the asteroid belt!”).
5. Sonny has three backup singers – Sonny is backed by an invisible trio known as the Space Angels.