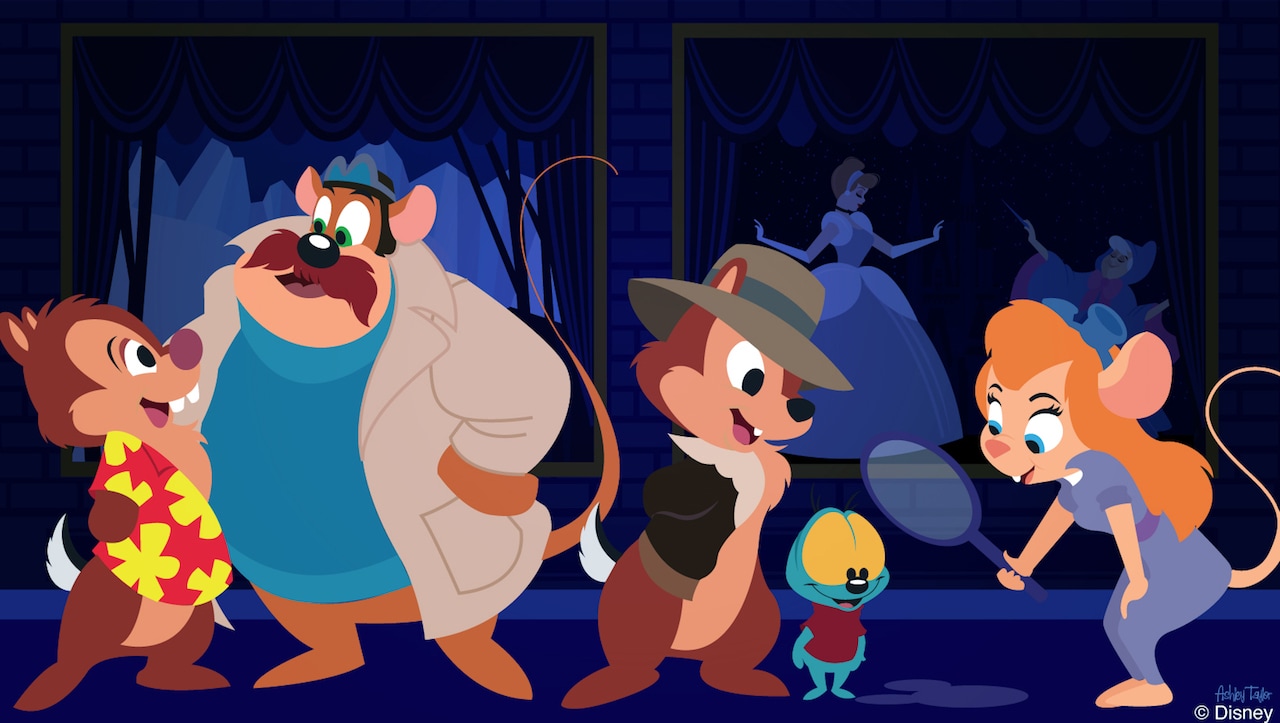 In our Disney Doodle series, our team of Disney artists imagines what a Disney character would do or see first if they had the chance to visit a Disney theme park.

In today’s Doodle, artist Ashley Taylor imagines what the Rescue Rangers – Chip, Dale, Monty, Gidget and Zipper – would love to do if they had the chance to visit Magic Kingdom Park. The gang delighted TV audiences from 1988-1990 in the “Chip ’n Dale: Rescue Rangers” television show, solving crimes at Chip and Dale’s detective agency.

According to Ashley, the team would surely look to put their sleuthing abilities to the test in tracking down Hidden Mickeys at the park.

“The Chip and Dale Rescue Rangers are always solving crimes!” Ashley said. “I’d imagine they would have fun searching for Hidden Mickey’s all over the park!”