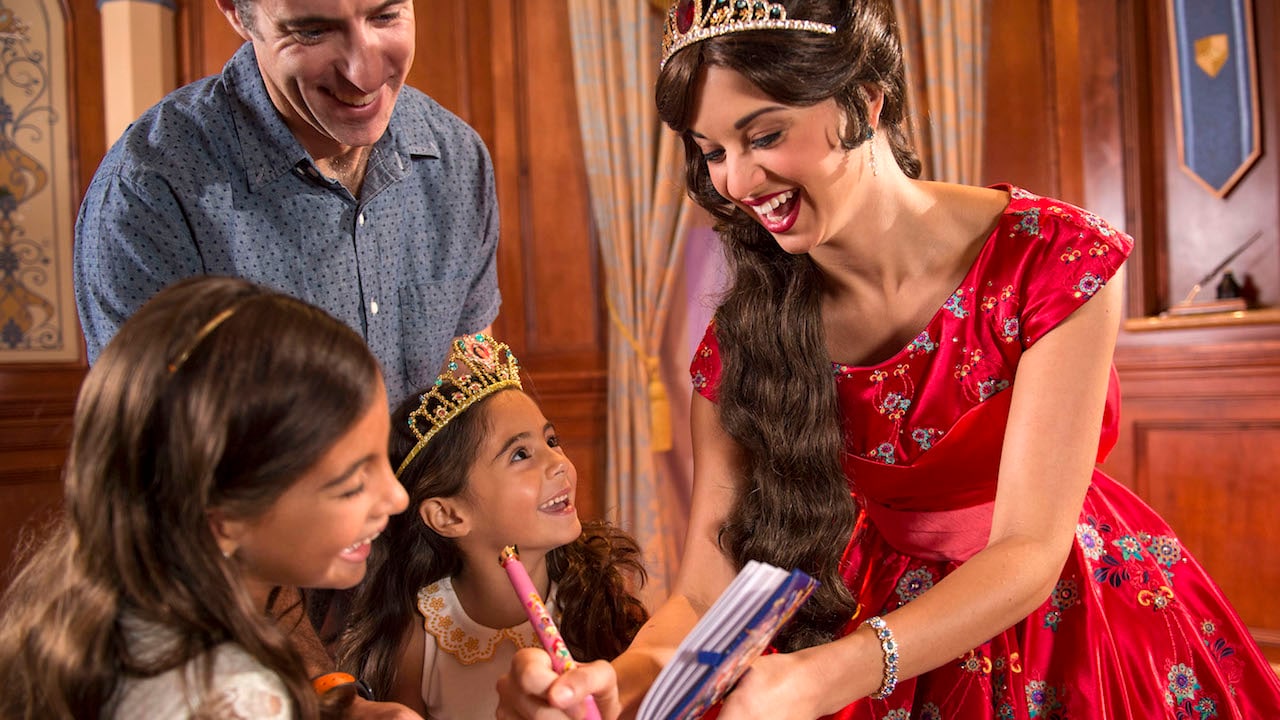 It’s hard to believe that in a few days we will be celebrating the first anniversary of Princess Elena of Avalor joining our Disney Princesses at Walt Disney World Resort.

Disney’s first princess inspired by Latin cultures made her debut at Magic Kingdom Park on August 12, 2016 in front of thousands of guests, bringing her charm and adventurous spirit to the park. 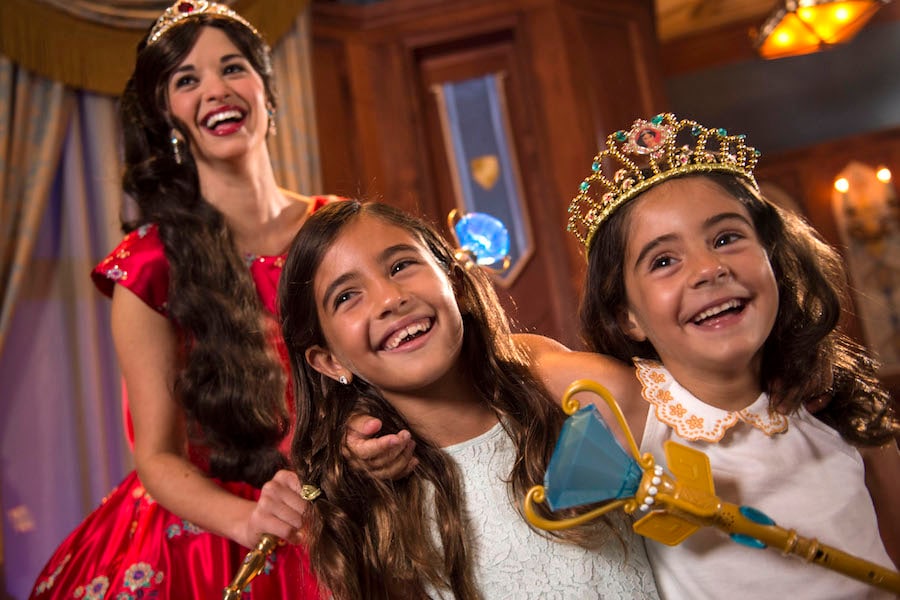 And although “Princess Elena Royal Welcome” show at Magic Kingdom Park ended last December, nuestra princesa has been greeting guests from all over the world at Princess Fairytale Hall in Fantasyland.

Princess Elena also often appears, along with other beloved Disney characters, in “Let the Magic Begin” the Cinderella Castle stage show that welcomes guests to the Magic Kingdom Park each morning.

Have you met Elena yet? If so, what’s your favorite moment with her?