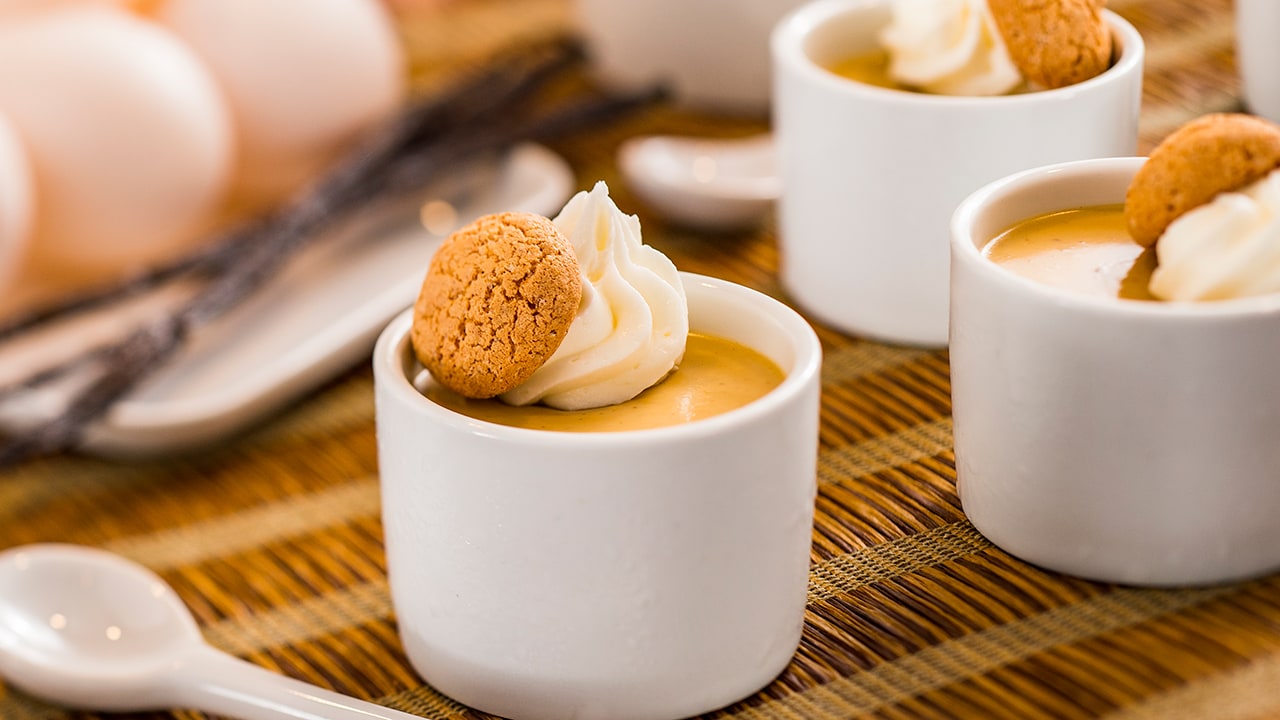 Flan, a delicious custard like dessert, is a staple in Hispanic families’ dinners and events.

And since August 21 is National Flan Day, we wanted to share with you an amazing recipe from one of my favorite restaurants at Walt Disney World Resort.

The Hollywood Brown Derby at Disney’s Hollywood Studios features an Amaretto Flan with White Chocolate Whip on its menu. This recipe is also featured in the Delicious Disney Sweet Treats cookbook.