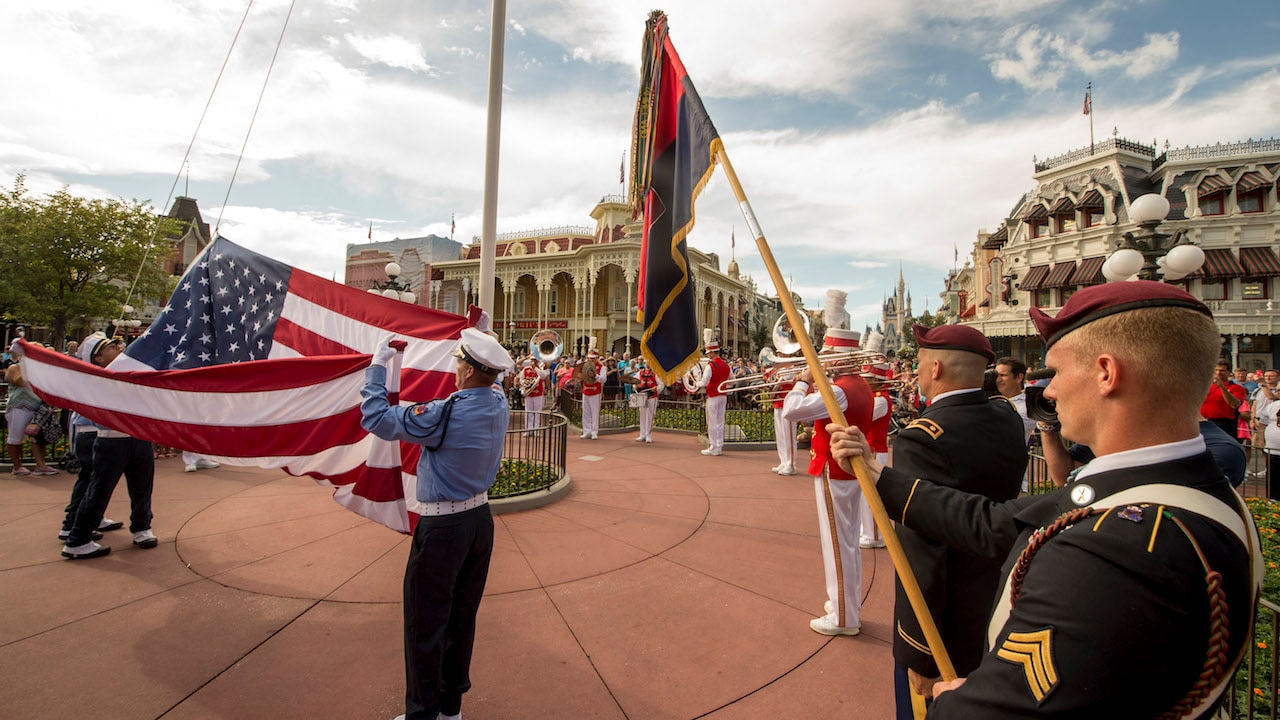 Last night, we recognized the great service and sacrifice of the U.S. Army’s 82nd Airborne Unit with a special flag retreat ceremony and march down Main Street U.S.A at Magic Kingdom Park.

Veterans representing those who served in uniform from WWII until today’s conflicts in the Middle East were honored at the ceremony, which also included musical performances by the 82nd Airborne 16-member chorus and brass quintet band. If you weren’t able to join us in the park, here’s a look at the ceremony.

As many of our readers know, The Walt Disney Company was founded by two brothers who served their nation in uniform during World War I – and we have a longstanding tradition of supporting the U.S. Armed Forces by hiring, training and supporting military veterans. You can follow along and stay updated on these Disney Parks Blog stories on Twitter with the #DisneySalutes hashtag.