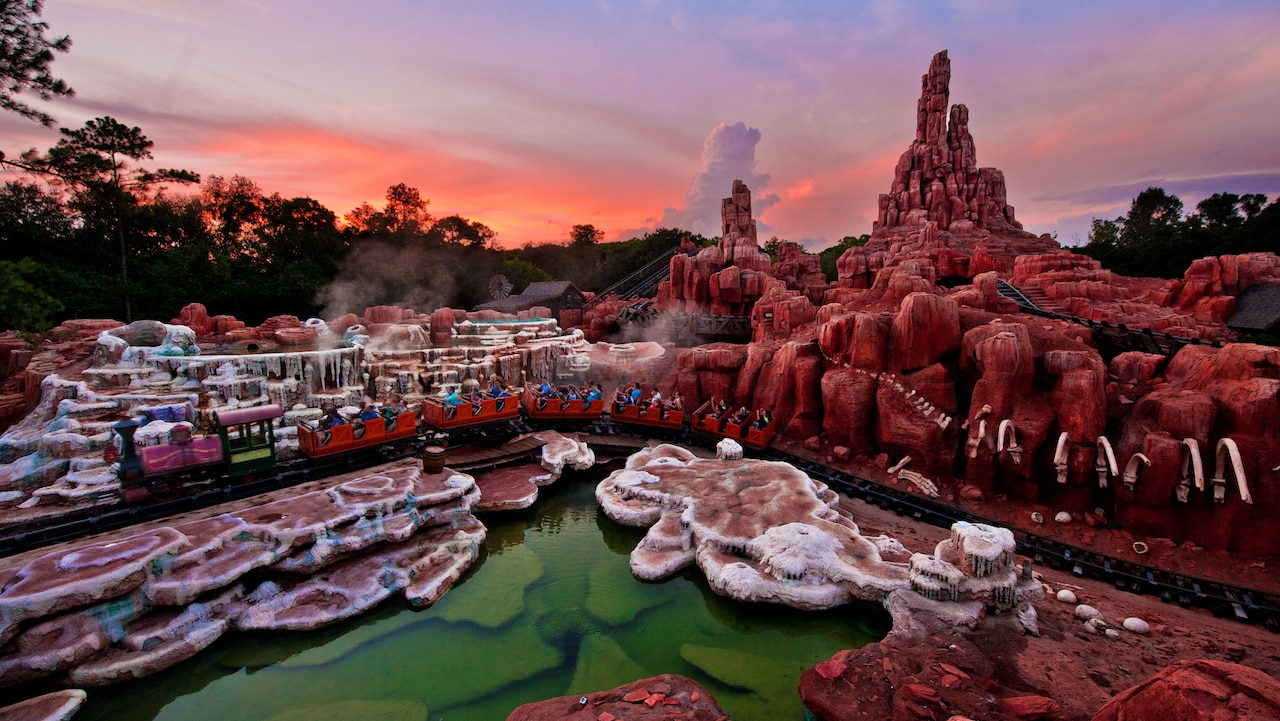 Today is National Roller Coaster Day and we’re celebrating by taking a look at some of our favorite Walt Disney World attractions that send us rocketing, rolling, slipping and sliding through adventure.

A whole new coaster adventure, Big Thunder Mountain Railroad, debuted at the other end of the park just a few years later in 1980. The self-proclaimed “wildest ride in the wilderness” takes guests on a thrilling runaway train ride through an old gold rush town, with locomotives whizzing around canyons and tunnels. The nearly 200-foot-tall attraction also forever changed the skyline of Frontierland, punctuating the land with towering rock tents. 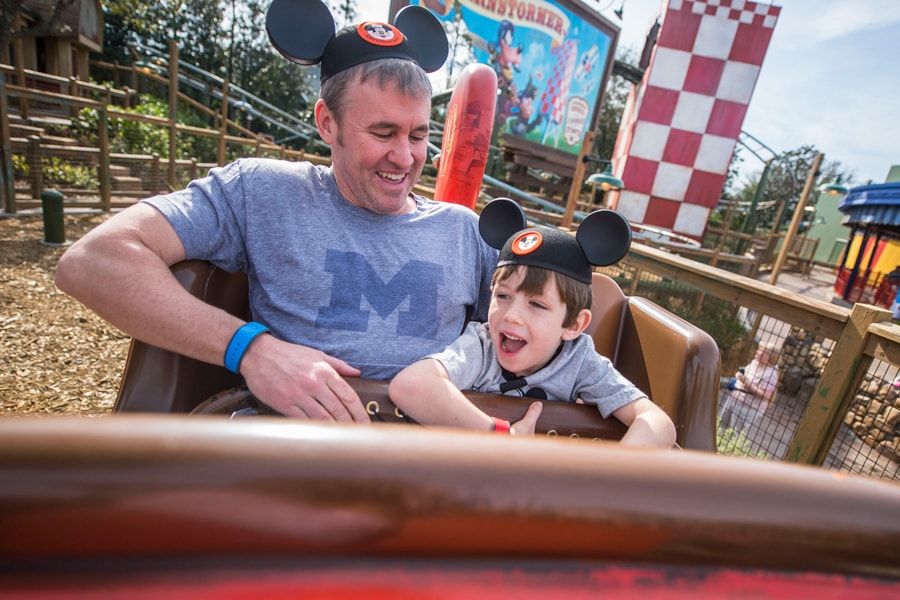 Young kids got their first taste of coaster fun in 1996 with the addition of Magic Kingdom Park’s first family coaster – The Barnstormer at Goofy’s Wiseacre Farm – in the area then known as Mickey’s Toontown Fair (a new version of the attraction, called The Barnstormer, currently exists in New Fantasyland, pictured above).

In 1999, Disney’s Hollywood Studios got into the coaster game in a big way, opening Rock ‘n’ Roller Coaster Starring Aerosmith. This rock-themed attraction that takes guests on a wild musical ride through Los Angeles that includes three inversions, two rollover loops and one corkscrew in a “super-stretch” limo. Disney’s Animal Kingdom welcomed its first coaster, Expedition Everest – Legend of the Forbidden Mountain, in 2006. This latest Disney “mountain” opened to offer immersive storytelling in its queue, sending guests on a mission to seek out – or escape from – Mount Everest’s mythical yeti.

The newest Disney coaster to open at the Walt Disney World Resort, Seven Dwarfs Mine Train, took the concept of a “family coaster” to new levels when New Fantasyland was completed in 2014 at Magic Kingdom Park. The attraction offers an incredibly immersive queue filled with hands-on activities as guests travel deeper into the mine of the Seven Dwarfs.

Take a look at the video above for a one-minute journey through some of our favorite coaster experiences.

Which Disney roller coaster is your favorite? Tell us in the “Comments” section below.