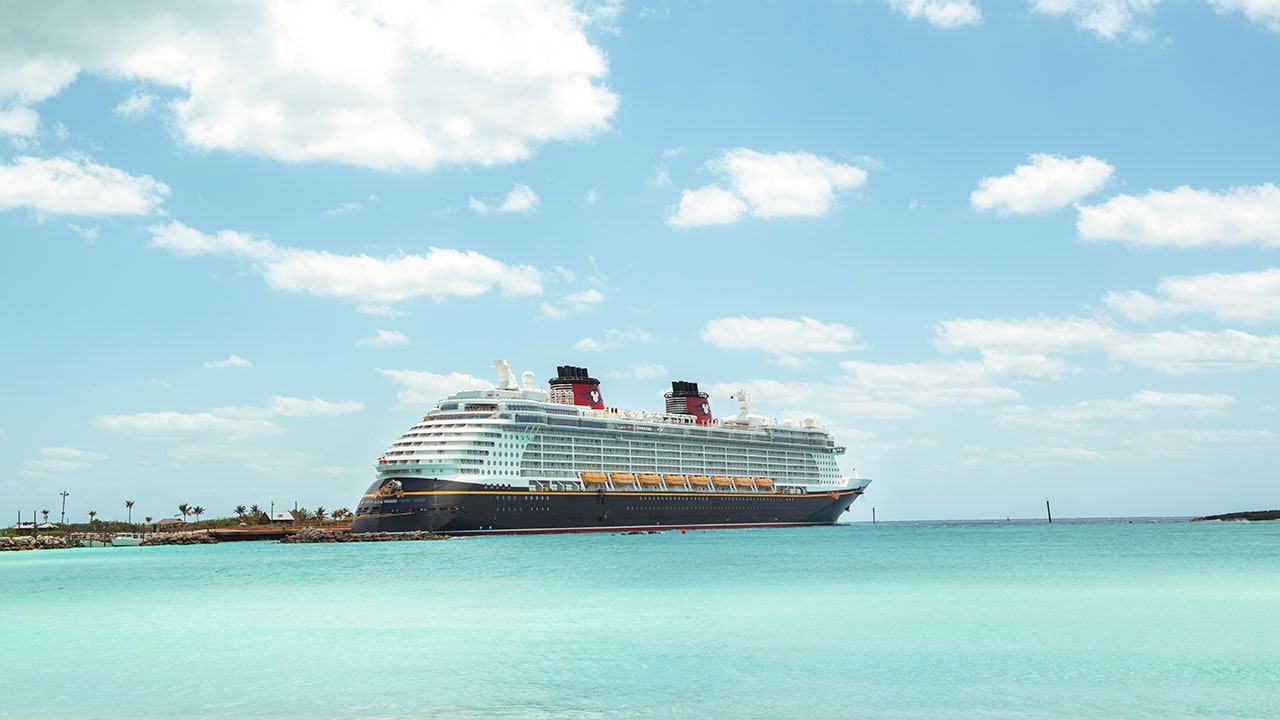 Members Embark On A Voyage Filled With Firsts

I’m writing today aboard a gleaming ship that took off this afternoon from Florida’s Space Coast. No, not that kind of ship. Elon Musk has yet to extend that invitation. I’m on the Disney Fantasy for the 2017 Disney Vacation Club Member Cruise, a voyage filled with firsts.

If you’ve read any of my Member Cruise posts in previous years, you know that this event dramatically elevates the already spectacular Disney Cruise Line experience with daily in-room gifts, a broad slate of special entertainment, custom décor and that special kind of magic that happens whenever Members gather. It’s among the best examples of what’s known around the neighborhood as Membership Magic Ever After.

Our unprecedented Member Cruise Film Festival, taking place through Monday, balances a curated collection of nearly 20 films (from future releases and current hits to beloved classics and insightful documentaries) with insider presentations, interactive experiences and spectacular deck parties. I’d compare it to festivals like Sundance and Cannes, but neither of those have 360-degree ocean views!

We began the festival tonight on a high “note” as legendary filmmaker Don Hahn (Beauty and the Beast, The Lion King) took the Walt Disney Theatre stage to introduce his toe-tapping film Richard M. Sherman: Songs of a Lifetime, joyfully celebrating the musical library of the legendary songwriting Sherman Brothers. Don’s introduction included an upbeat tribute to the late Disney Legend Marty Sklar, a Member Cruise favorite and a longtime friend to Disney Vacation Club.

During the next two days, presentations, films and experiences will immerse Members in the colorful, musical world of Pixar Animation Studios’ Coco, return to Arendelle for Olaf’s Frozen Adventure, reveal the truth about life as a working actor, honor the lives and legacies of Disney Legends, mark milestone anniversaries of beloved classics, add exclusive bonus material to the latest hits from the Disney family of studios, unleash the talents of Disney artists in the ship’s atrium and more.

While the Member Cruise Film Festival would, on its own, represent the biggest lineup of shows and experiences in Member Cruise history, it’s merely our first course. From there, we visit three ports of call and enjoy a second slate of special entertainment. I’ll be back in touch at the end of the voyage to recap entertainment beyond the film festival.

Likes (0)
Share Members Embark On A Voyage Filled With Firsts