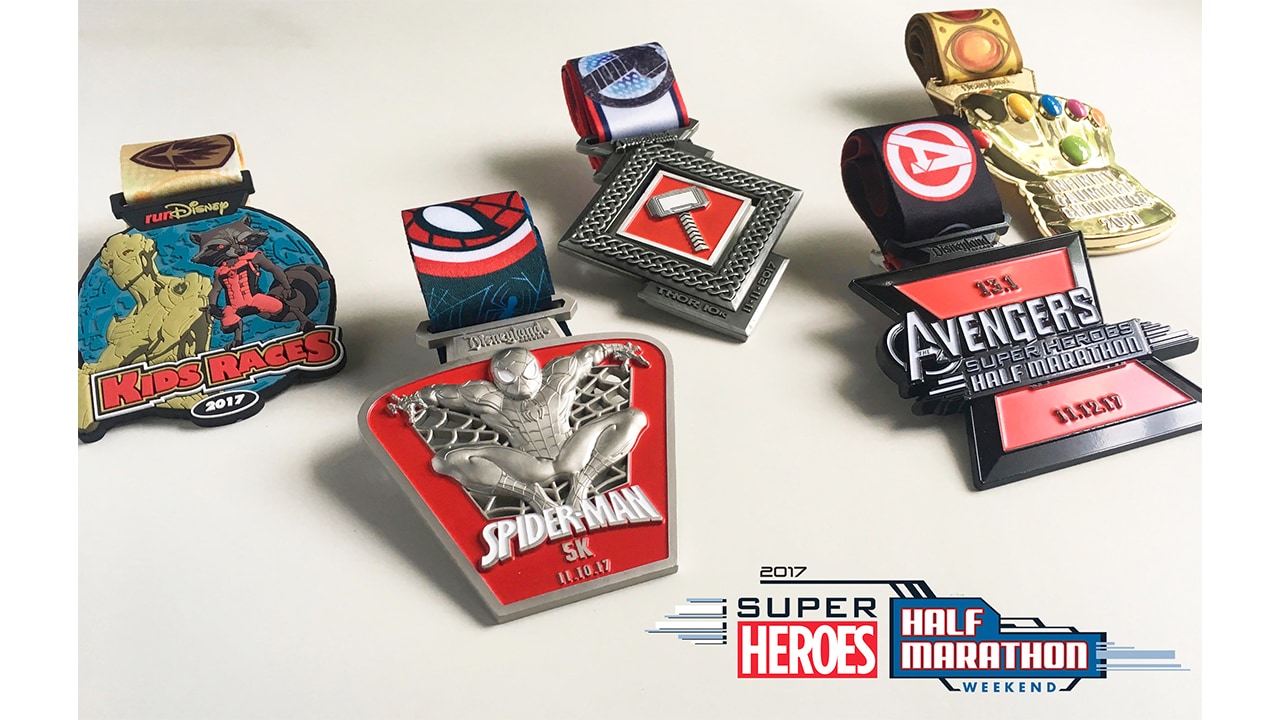 Runners, assemble! Get ready to celebrate your inner Super Hero with this year’s epic lineup of medals for the 2017 Super Heroes Half Marathon Weekend at the Disneyland Resort. Featuring nods to exciting characters such as Spider-Man, Thor and Black Widow, these medals are designed for Super Hero fans!

Starting off the power-packed weekend, swing into the fun during the Spider-Man 5K. Runners will earn this medal featuring your friendly neighborhood Super Hero. 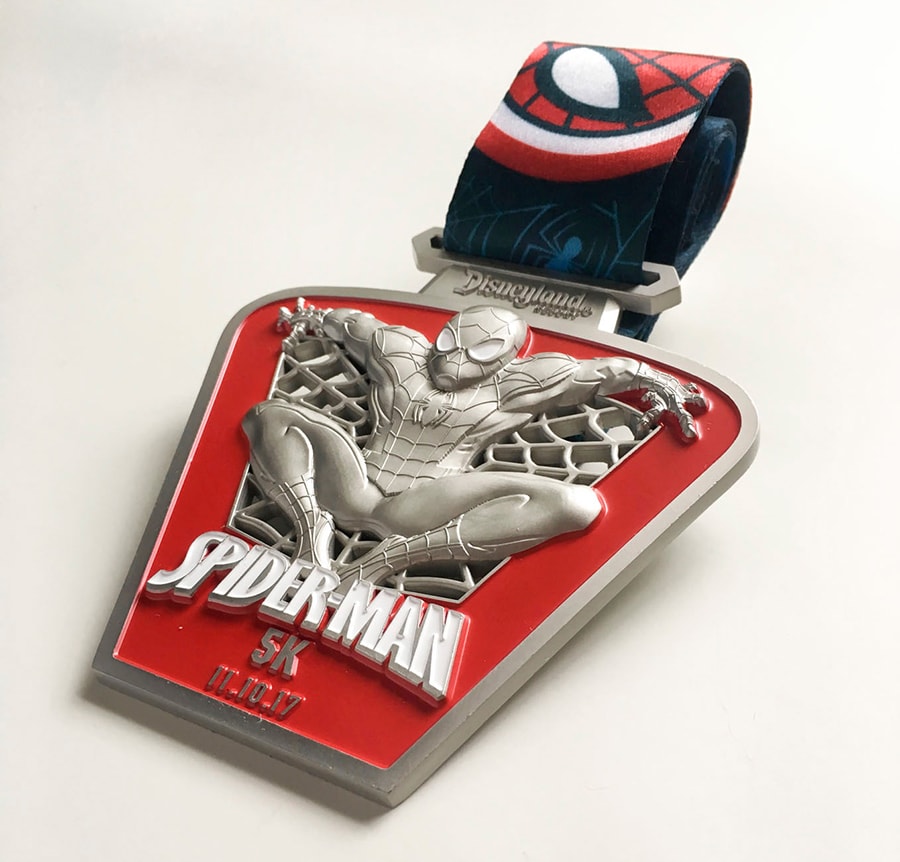 Our tiniest of runners joining us for the runDisney Kids Races presented by GoGo squeeZ® will be earning this medallion featuring our friends from the “Guardians of the Galaxy,” Groot and Rocket! 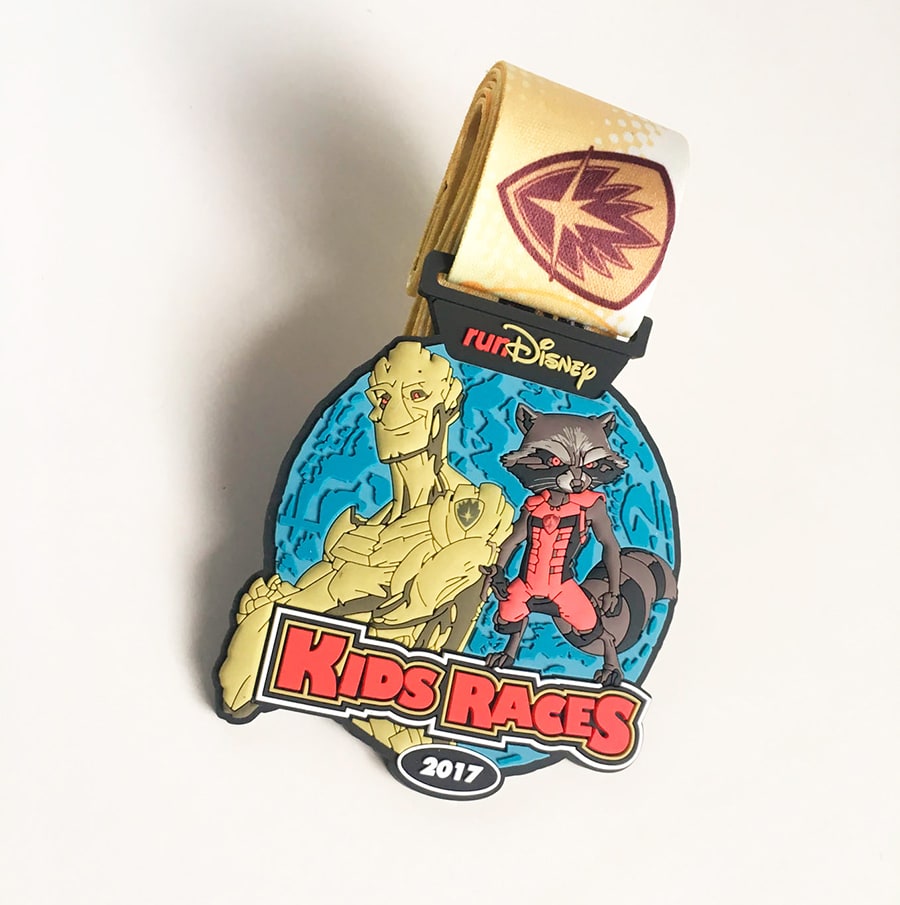 Those putting their skills to the test during our Thor 10K and Avengers Super Heroes Half Marathon for the Infinity Gauntlet Challenge will be rewarded by way of these epic medals!

Designs for this year’s 10K medal include fun ties to Thor, with a spinner that features a nod to both Thor and Loki. The Avengers Super Heroes Half Marathon medal debuts a new design featuring an icon of one of the Avengers with this year, featuring a spotlight on Black Widow. 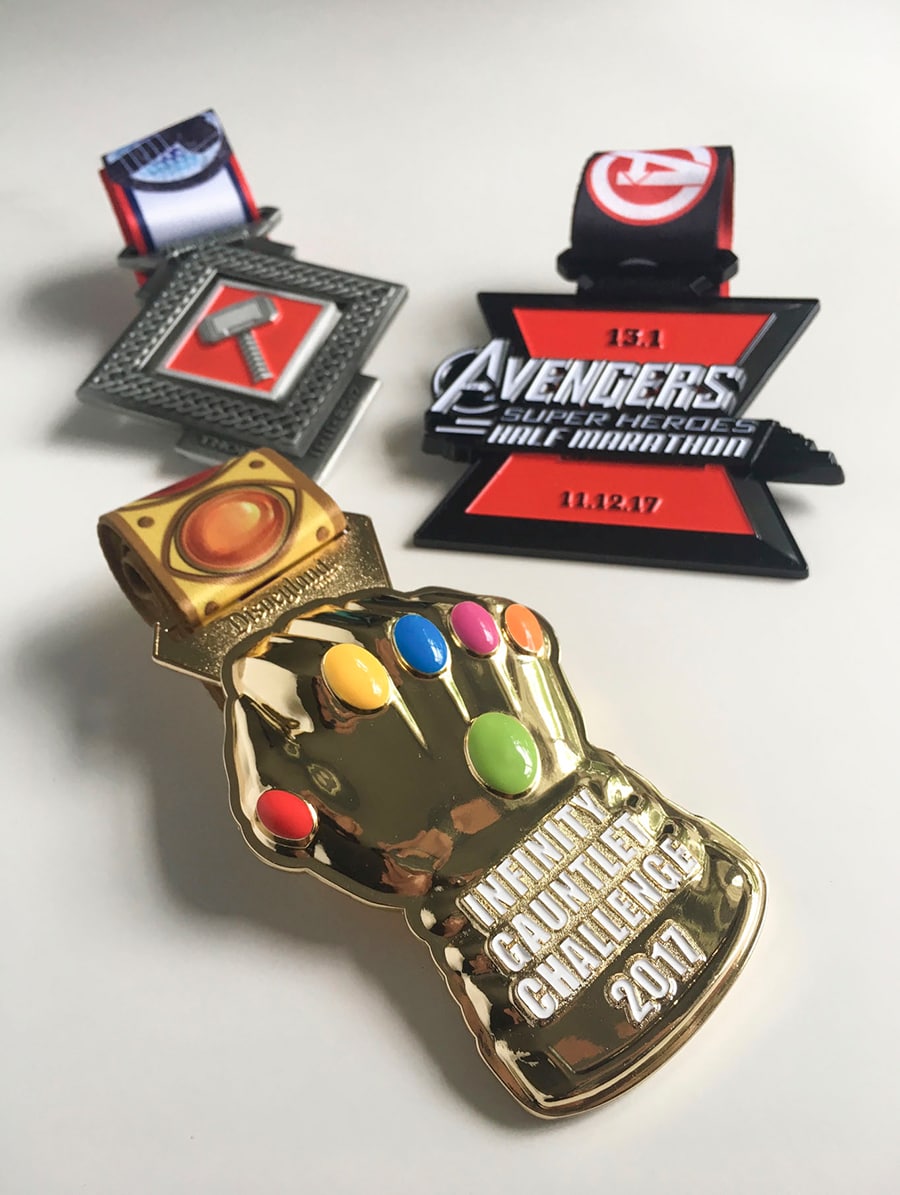 The Infinity Gauntlet Challenge medal returns for another year for those daring participants conquering 19.3 miles in two days. This year’s Infinity Stone is the Reality Stone which allows its wielder to alter existence itself, even in contradiction to known scientific laws.