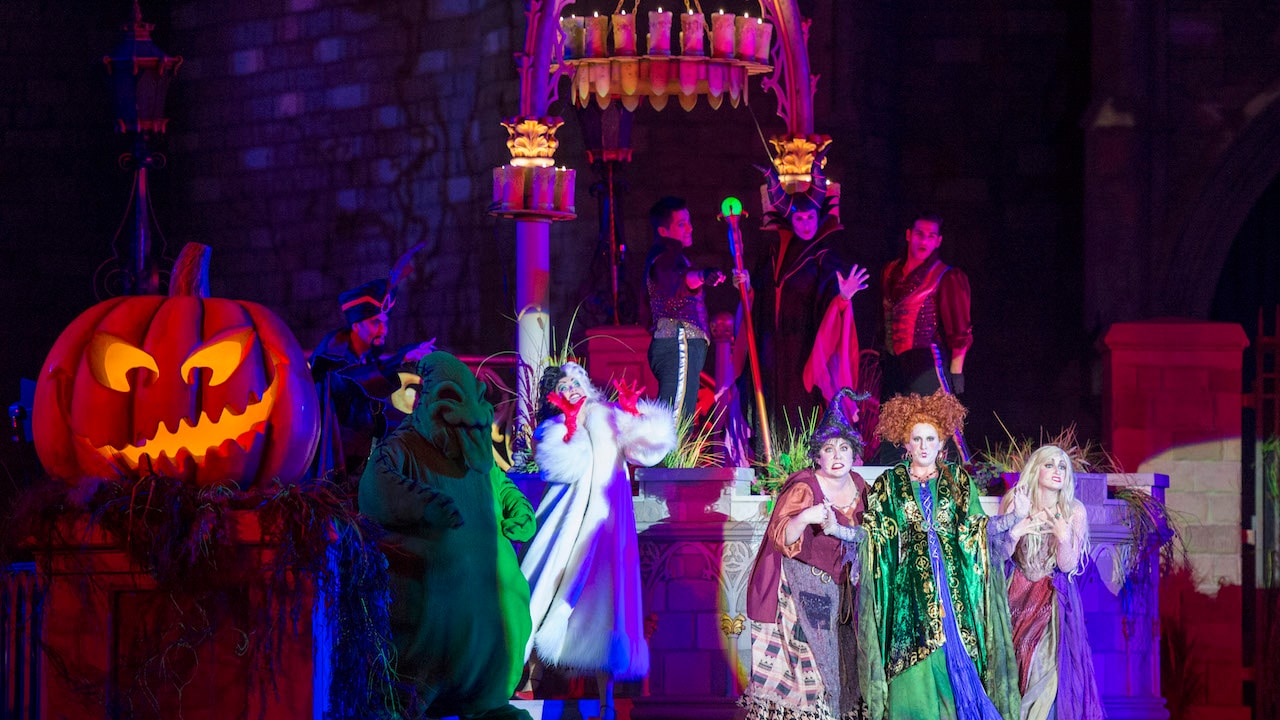 Halloween fun is already underway at Magic Kingdom Park with the return of our annual Mickey’s Not-So-Scary Halloween Parties.

Although Halloween is still several weeks away, families are already donning costumes, indulging in treats, collecting candy and snapping up special Halloween merchandise to celebrate the fall season. 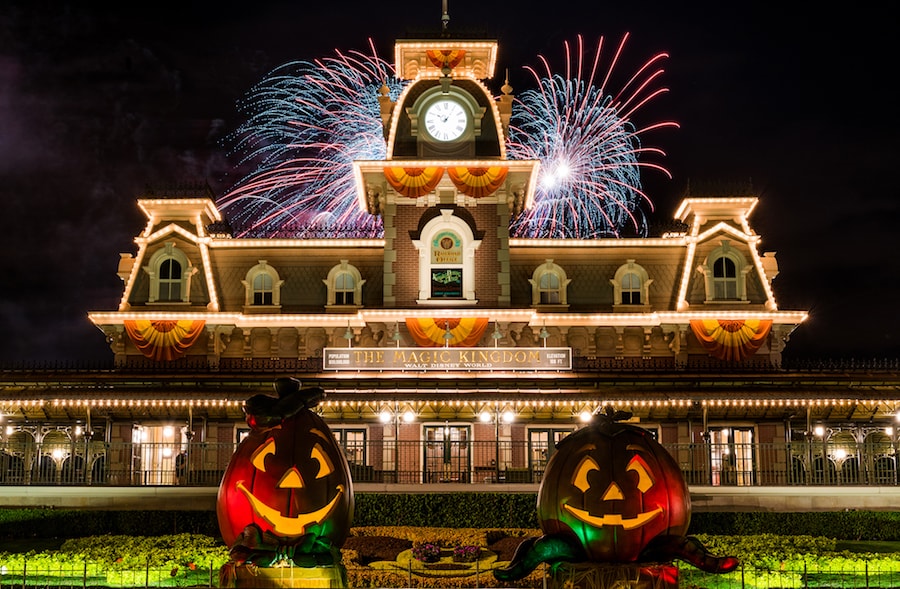 Magic Kingdom Park completely transforms into a Halloween headquarters for Mickey’s Not-So-Scary Halloween Party nights. You’ll be amazed by the spooky lighting, fall decor, themed jack-o-lanterns and so much more. 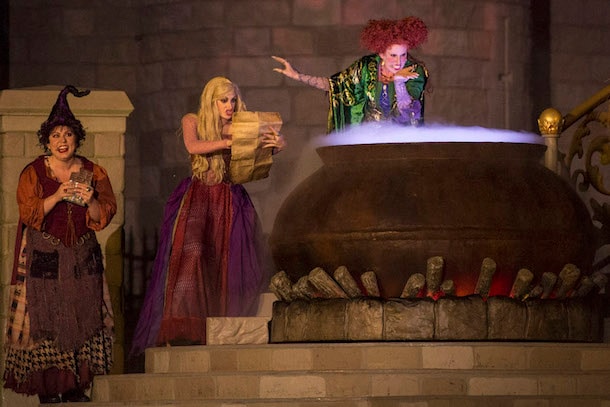 The Sanderson sisters are back – again of course, in the event’s popular “Hocus Pocus Villain Spelltacular” stage show. They have only a few hours to “run amuck” at the party and you won’t believe the fun they conjure up. Haunted Mansion fans can delight in the fact that the attraction’s Hitchhiking Ghosts escape the mansion for a few hours to “materialize” on their very own float in “Mickey’s Boo To You” parade. 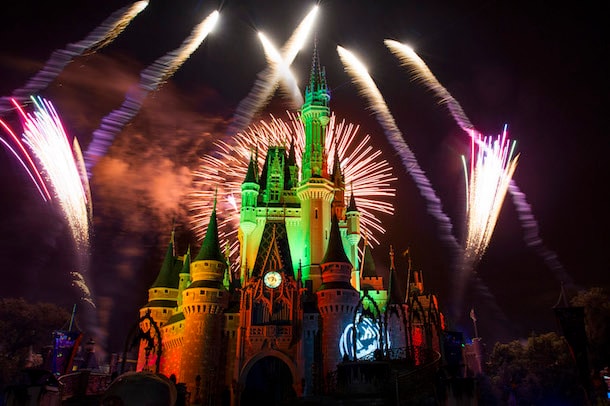 The “Happy HalloWishes Fireworks Spectacular” can be viewed only during Mickey’s Not-So-Scary Halloween Party events. The show, narrated by the Ghost Host from the Haunted Mansion, lights up the night with Halloween-themed fireworks to the tunes of “Poor Unfortunate Souls,” “The Skeleton Dance,” “Oogie Boogie’s Song,” “Night on Bald Mountain,” and more. Jack & Sally from “Tim Burton’s The Nightmare Before Christmas” are just two characters who will be out and about during parties to greet guests. Look for traditional Disney characters wearing their own Halloween costumes. 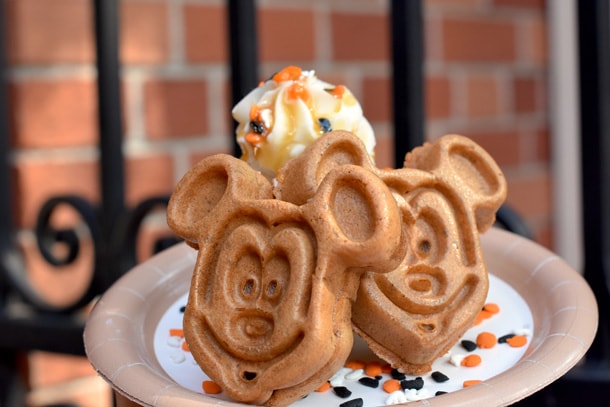 Pumpkin Mickey Waffles with vanilla ice cream, whipped cream, sprinkles and caramel sauce are just one of the Halloween-themed treats guests can find this season at various locations throughout the park. Look for the waffles at Sleepy Hollow. 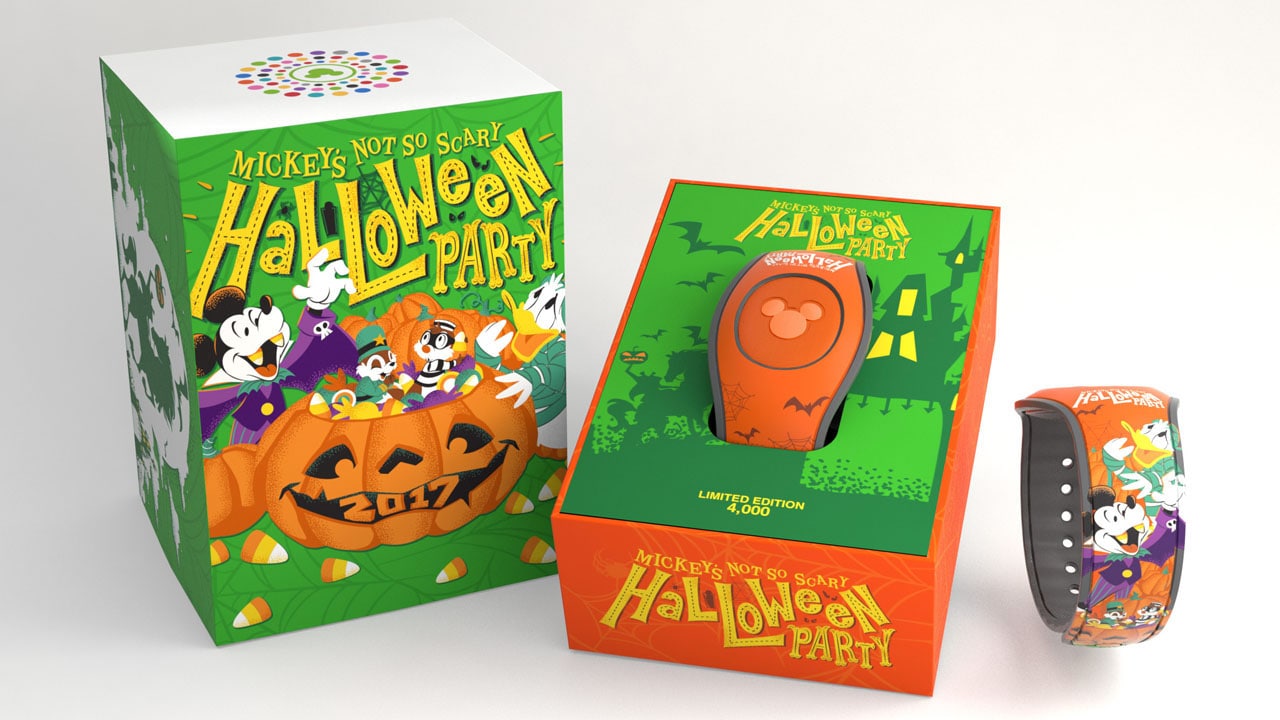 Last but not least, this Halloween-inspired MagicBand can be found only at Mickey’s Not-So-Scary Halloween Parties. It comes presented in a decorative box that smells like chocolate(!), and has been released in a limited edition of 4,000.

To book your fall visit or to learn more about Mickey’s Not-So-Scary Halloween Party, click here.