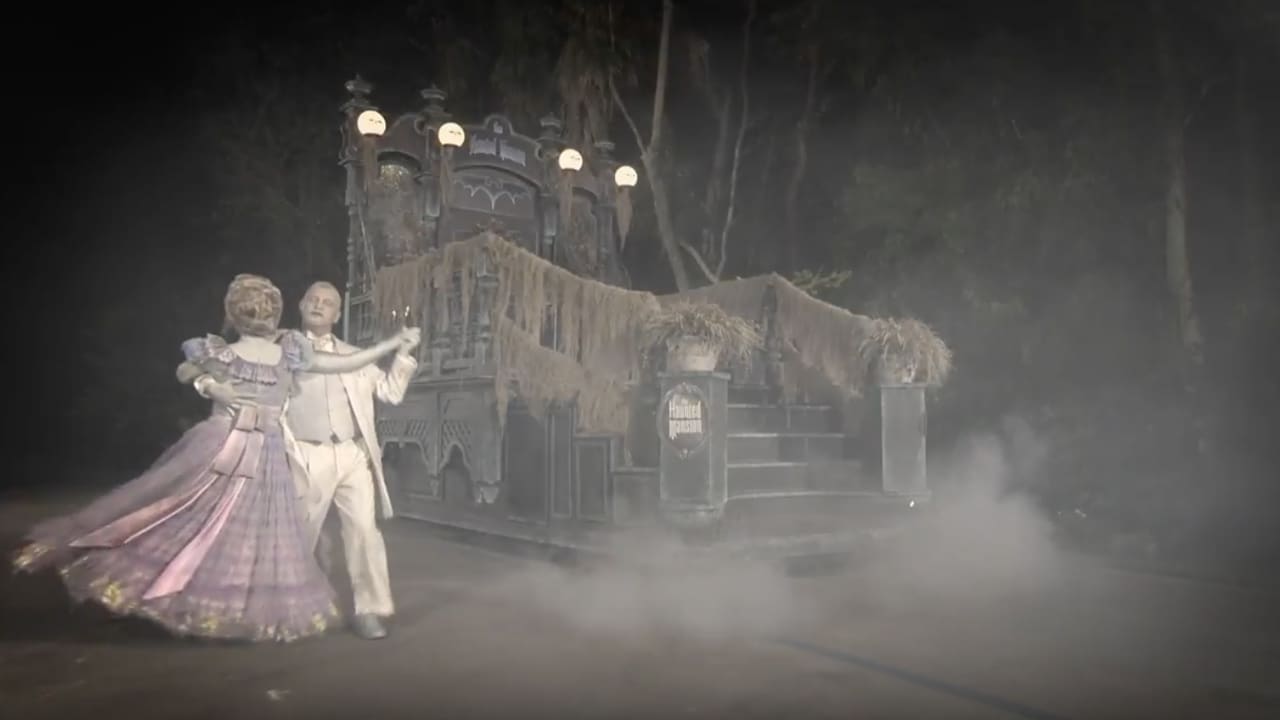 Behind the Scenes: Waltzing Through ‘Mickey’s Boo-To-You Halloween Parade’

Mickey’s Not-So-Scary Halloween Party is in full swing for the fall season, which means the popular “Mickey’s Boo-To-You Halloween Parade” is stepping down Main Street, U.S.A., several times a week.

This parade, which is a highlight of the park’s Halloween party, showcases Disney characters in Halloween costumes, entire parade units devoted to Disney Villains, candy and sweets – and of course, the Haunted Mansion.

The Haunted Mansion unit in the parade is inspired by some guest-favorites found inside the attraction: the mansion’s creepy Butlers have turned into Gravediggers, the Hitchhiking Ghosts have finally found a ride, and the couples waltzing in the Haunted Mansion’s Ballroom Scene have taken their act on the road, literally, as the Dead Waltzers.

I recently went backstage with Choreographer Larry Kornfehl to learn what it takes to become a Dead Waltzer in the parade.

According to Larry, a Dead Waltzer is a coveted position that requires a lot of skill and even a little creativity, as each waltzing couple is asked to come up with a haunting storyline on who their character was in life and how they met their tragic end.

“As a couple, we ask them to create something of a story – did one of them fall off a cliff? Did one of them get electrocuted?” Larry said. “We like to have a lot of fun with it and some of the stories they come up with – oh my gosh – they’re very creative.”

For our storyline, we chose to be rival siblings who met an unfortunate fate after fighting over our family’s sizeable inheritance.

Check out the video above for a look inside the Dead Waltzer experience.