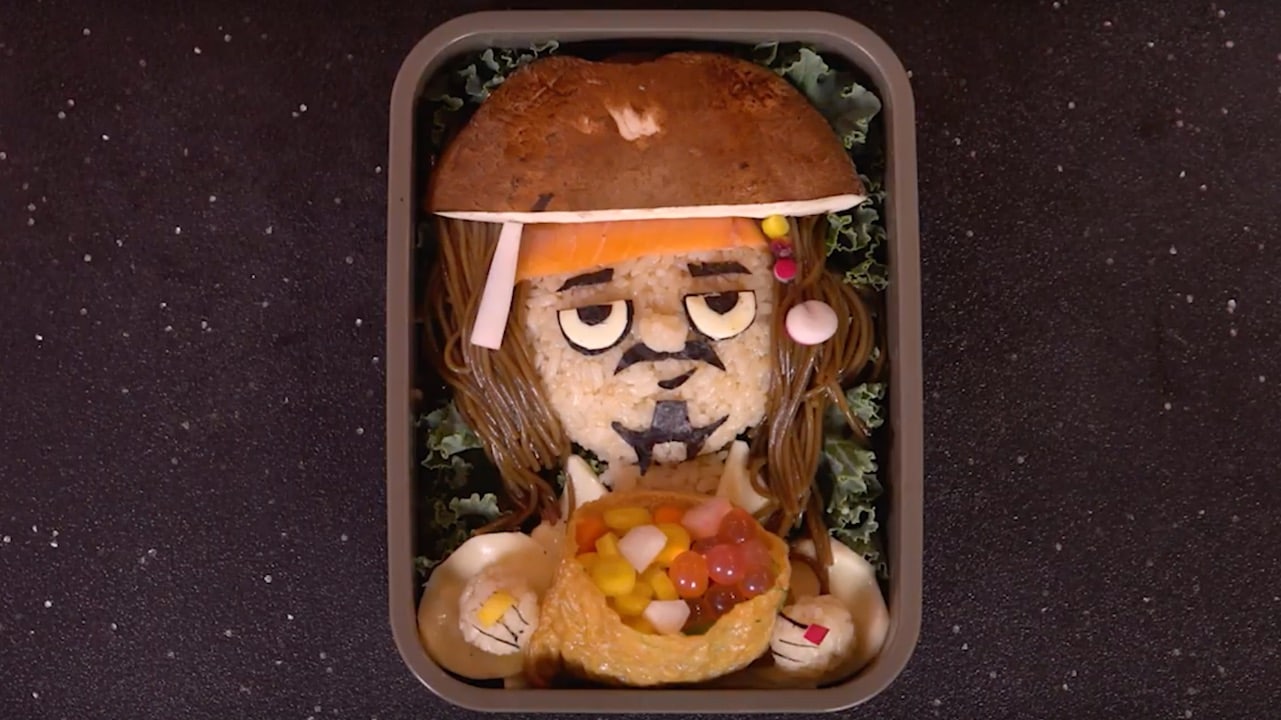 To celebrate International Talk Like A Pirate Day, we have a special edition of our exclusive series of Disney-inspired bento box tutorials. This time, Disney Parks Blog reader and fan Mike Kravanis is at the Pirates of the Caribbean attraction at Walt Disney World Resort with roving Adventureland pirate, Nasty Nate! to show you how to make a jaw-dropping Captain Jack bento box.