‘Dream Big, Princess’ Collection by Dooney & Bourke Celebrates the Fairest One of All

This year, Walt Disney’s animated classic, “Snow White and the Seven Dwarfs” celebrates its 80th anniversary. The film premiered to a record-breaking audience at the Carthay Circle Theatre in Los Angeles on December 21, 1937. To mark this upcoming milestone, Disney Parks Merchandise is releasing a new “Dream Big, Princess” handbag collection by Dooney & Bourke on September 30 in Uptown Jewelers at Magic Kingdom Park. I spoke with Paola Gutierrez, Senior Graphic Designer with Disney Consumer Products and Interactive Media Creative Group, about creating the artwork for this beautiful collection inspired by the fairest one of all. 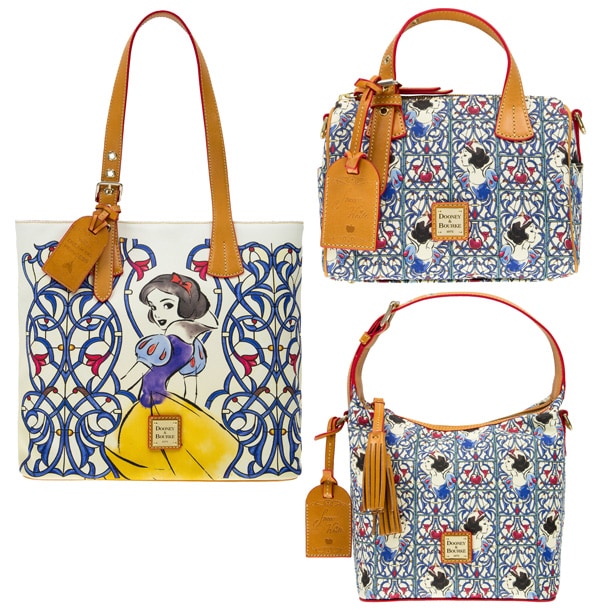 “I wanted to capture the visual effect of stained glass for this collection,” explained Paola, an artist at Disney Parks for more than 20 years. “You will see Snow White’s familiar colors of blue, red, and yellow in the artwork. Since rubies are usually associated with 80th anniversaries, we emphasized the color red. This is best seen with the red trim accents on each handbag, and with the iconic red apple incorporated throughout the design.” 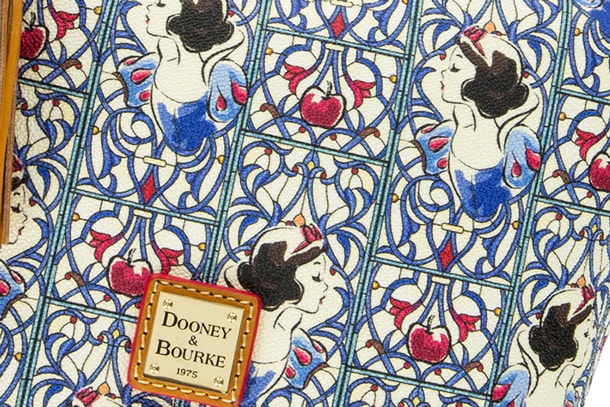 Three bags are part of this collection including a Tote with an engineered design (meaning the image of Snow White will appear the same on all totes released), a Satchel, and a Crossbody. The latter two handbags will contain an allover, repeating pattern.

Similar to other handbags from the “Dream Big, Princess” collection, each item will have a specially designed hangtag that includes Snow White’s autograph.

“Designing the ‘Dream Big, Princess’ handbag collection has been a fun, collaborative project,” continued Paola. “With the help of talented Disney character artists, I have enjoyed creating stunning images based on beloved Disney Princess stories that continue to inspire guests everywhere.”

If you are attending the release event on September 30 at Uptown Jewelers, look for a special Dooney & Bourke gift with purchase promotion while supplies last.

Additional locations at Disneyland and Walt Disney World Resort, ShopDisney.com, and the Shop Disney Parks app will carry the collection at a future date.

Likes (5)
Share ‘Dream Big, Princess’ Collection by Dooney & Bourke Celebrates the Fairest One of All