Beyond the Curtain: Dreaming Up the Magic with Disney Cruise Line

As we prepare to debut our newest stage spectacular, “Beauty and the Beast,” aboard the Disney Dream this November, I want to give you an all-access pass behind the curtain to see how we create our elaborate Broadway-style shows at sea. Let me just say, it takes a whole lot of pixie dust and some big dreamers to make these productions happen.

From “Frozen, A Musical Spectacular” to “Tangled: The Musical” and now “Beauty and the Beast,” Disney Cruise Line brings some of Disney’s most beloved stories to life in the grand Walt Disney Theatre. Our creative team transforms renowned songs into spectacular, show-stopping numbers, and lavish costumes and puppetry bring a fresh perspective to characters you know and love. Over the next few weeks, I’ll give you an inside look at how we dream up the magic, rehearse for the high seas and premiere our spectacular shows to Disney Cruise Line guests. 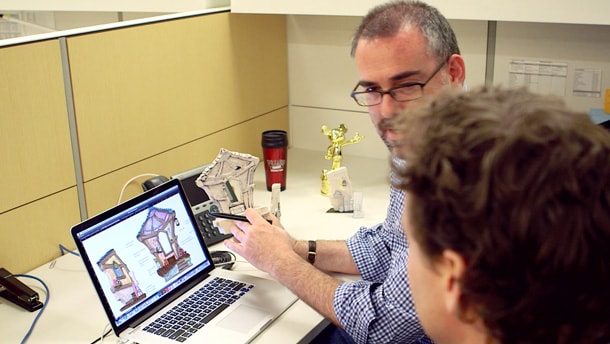 The process of bringing the magic to the stage starts up to two years before a show premieres. Disney Cruise Line Entertainment begins by brainstorming and deciding on a concept. Once that concept is nailed down they develop the treatment, which is essentially a blueprint for the production. Then comes the time to assemble the show’s creative team, full of acclaimed and award-winning artists including a director, writer, composer and choreographer.

Over the course of many months, this team is joined by talented artists and designers who specialize in costuming, puppetry, scenery, projections and lighting. From the gleaming, floating lanterns in “Tangled” to the provincial French town in “Beauty and the Beast,” no detail is overlooked.

Workshops are then conducted to test and adjust the show. These workshops allow the creative team to solidify the show and make sure all of the artistic elements are seamlessly combined and ready to entertain guests for years to come. 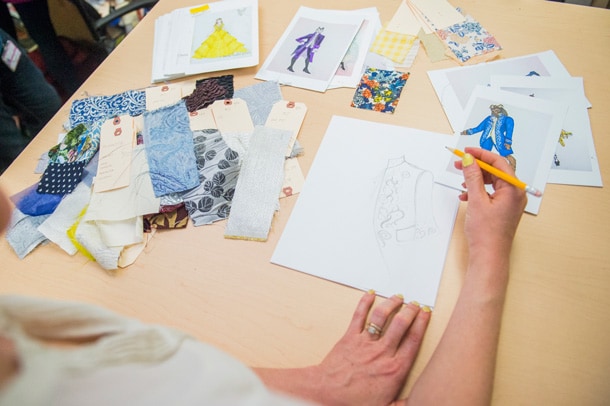 Leading up to the musical’s premiere on the Walt Disney Theatre stage, physical elements of the show are constructed, including elaborate scenery, larger-than-life props and stunning costumes. Not even Cinderella’s mouse friends could keep up with the work of the costuming team. A single production may include 500 garments, 250 pairs of shoes and 50 wigs.

Next I’ll take you beyond the curtain once again and into the extensive rehearsal process before a production’s big premiere at sea.

Likes (0)
Share Beyond the Curtain: Dreaming Up the Magic with Disney Cruise Line