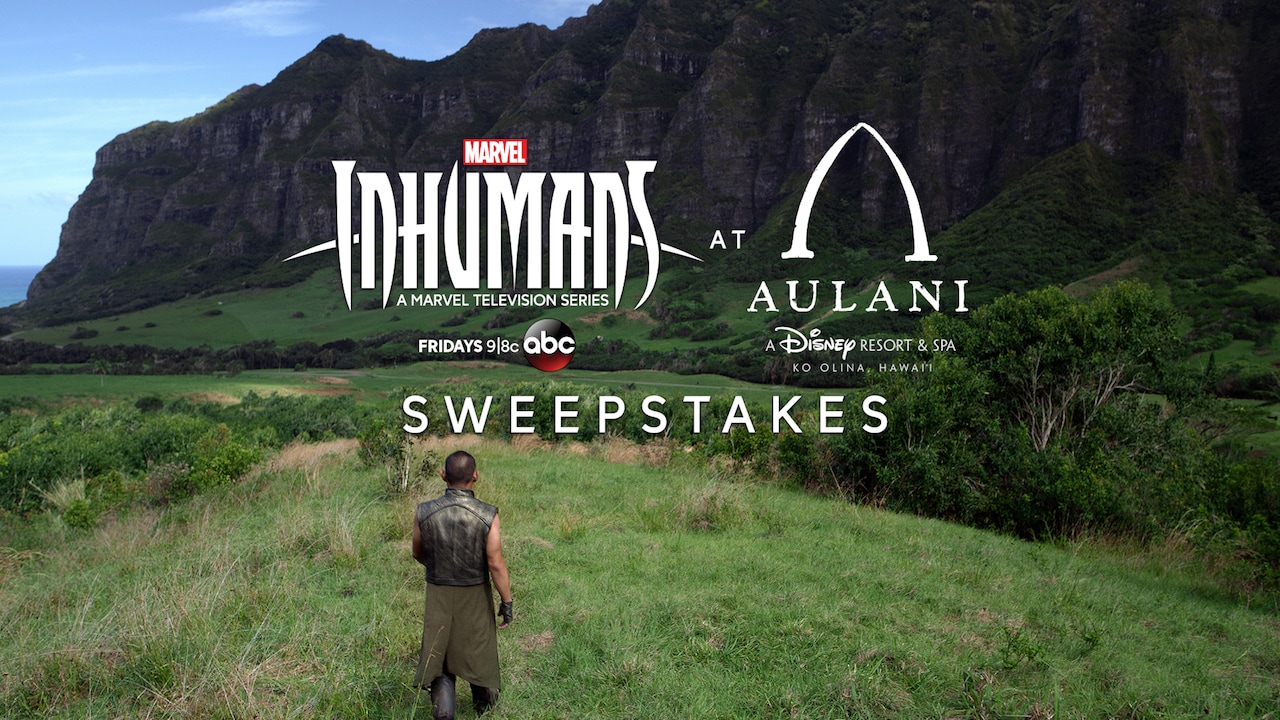 With its camera-perfect setting, Hawai‘i serves as not only the perfect vacation destination, but also the backdrop for countless films and television shows. ABC filmed a portion of its newest show, “Marvel’s Inhumans,” on the leeward coast of O‘ahu, just a few miles from Aulani, a Disney Resort & Spa.

For a chance to travel like a Super Hero, enter Marvel’s Inhumans at Aulani Resort Sweepstakes through November 10, 2017. One lucky family will win a four-night stay at Aulani Resort, including airfare, for four guests.

“Marvel’s Inhumans” explores the never-before-told epic adventure of the royal family including Black Bolt, the enigmatic, commanding King of the Inhumans, with a voice so powerful that the slightest whisper can destroy a city. After the Royal Family of Inhumans is splintered by a military coup, they barely escape to Hawaii where they are greeted with surprising interactions with the lush world and humanity around them. Now they must find a way to reunite with each other and return to their home before their way of life is destroyed forever.