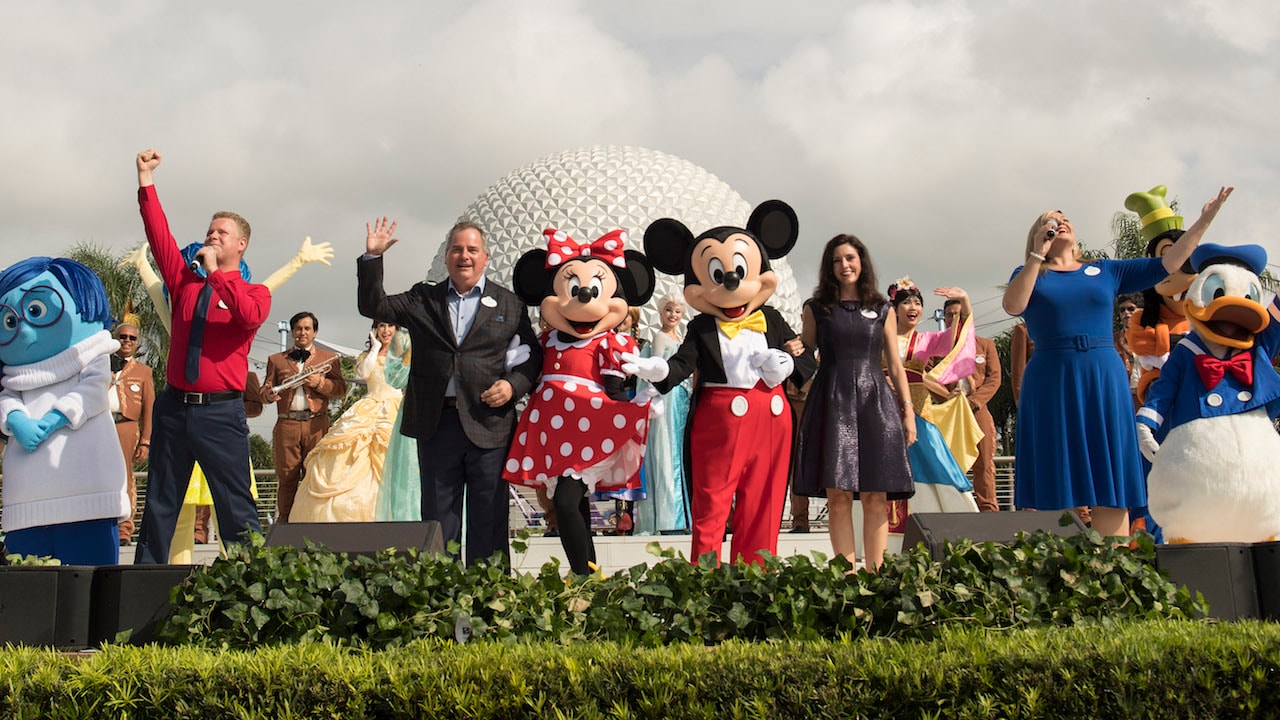 Earlier today, thousands of Disney fans gathered at Epcot to celebrate the park’s 35th anniversary by watching a special ceremony that was highlighted with Disney characters, fun performances by the park’s most beloved musical acts and more.

During the ceremony, George A. Kalogridis, president of Walt Disney World Resort, spoke, honoring the park’s past and sharing excitement for its future.

“It’s been an amazing 35 years,” George said. “And as we look toward the future, there is so much more on the horizon.”

George was also joined onstage by Voices of Liberty and the Mariachi Cobre – two musical groups that debuted when the theme park opened on Oct. 1, 1982.

“Epcot has always been, and always will be, an optimistic celebration of the real world – brought to life through the magic of Disney,” George said. “I promise you the exciting plans we have on the horizon will honor Epcot’s rich legacy of creativity and innovation while continuing to exceed the expectations of our guests, for decades to come.

“The spirit of the expansion will continue to evolve Epcot to make it more timeless, more relevant, more family and more Disney, while staying true to its original vision.”

Already announced as part of this expansion is a new restaurant for the Mission: SPACE pavilion, inviting guests to dine above Earth, two new attractions inspired by “Ratatouille” and the “Guardians of the Galaxy” films, and an updated Circle-Vision film for the China pavilion in World Showcase that highlights the country’s splendor and majesty.