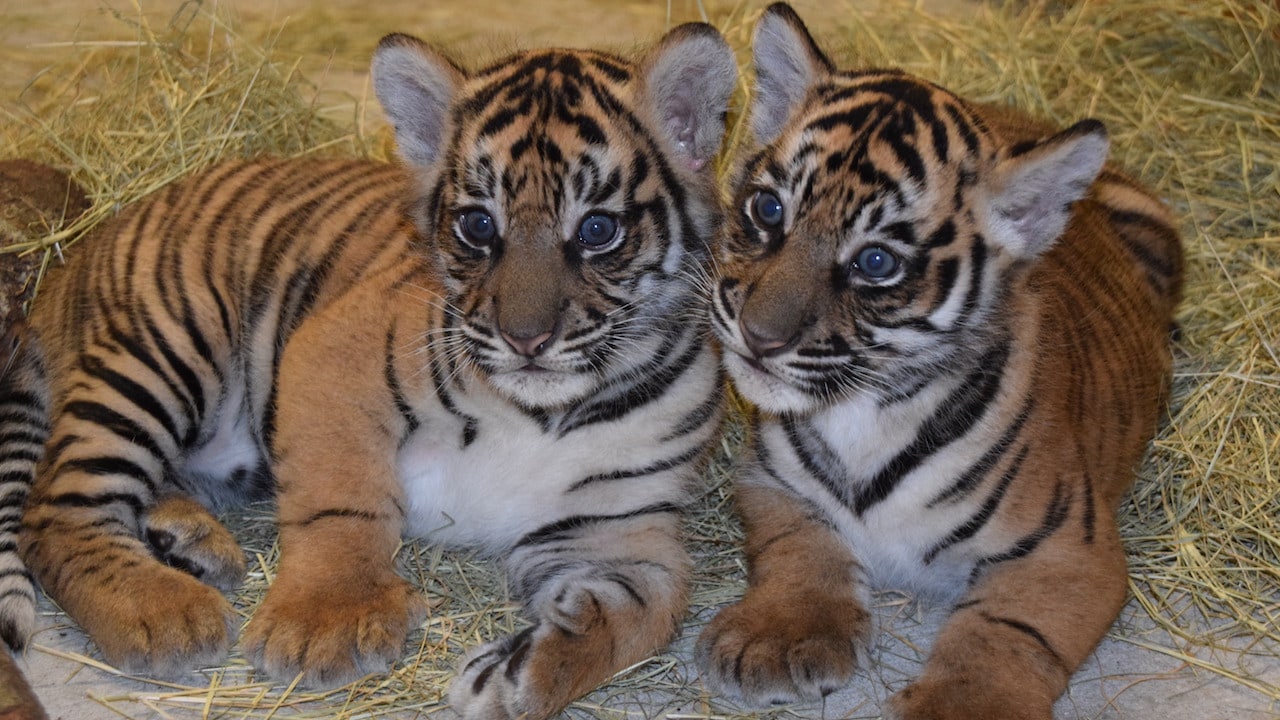 Back in August, we were thrilled to share the news about the birth of two endangered Sumatran tiger cubs – the first tigers to be born at Disney’s Animal Kingdom.

Today, we have an update to share about efforts to save their species in the wild, along with a progress report on the cubs.

Disney is supporting the efforts of the Wildlife Conservation Society (WCS) and their partners to reverse the decline of Sumatran tigers by conducting a tiger population survey in Indonesia and taking steps to increase the wild population of Sumatran tigers by 25 percent in the next decade. In the video below, Anne Savage, PhD, conservation director, explains the significance of this project, funded in part by guests unlocking a $100,000 contribution to the Wildlife Conservation Society through Connect to Protect, a digital mobile adventure at Disney’s Animal Kingdom. Disney Parks, through the Disney Conservation Fund, has committed $1 million to protect and restore habitats of at-risk wildlife through the Connect to Protect program.

Speaking of Sumatran tigers… the cubs at Disney’s Animal Kingdom are two months old and now have names. We are thrilled to introduce you to Jeda, the male cub, (below left) and Anala, the female cub.

The cubs continue to bond with their mother, Sohni, and are really showing their personalities, which inspired their names.

Jeda is very laid back, just like his father Malosi. His name means “pause” in Malay. It is inspired by his markings. You might notice that Jeda has two parallel lines inside a stripe on his head that resemble a pause button.

Anala has an independent spirit and is very quick to explore new things. Her name means “fiery, sizzling” in Hindi. 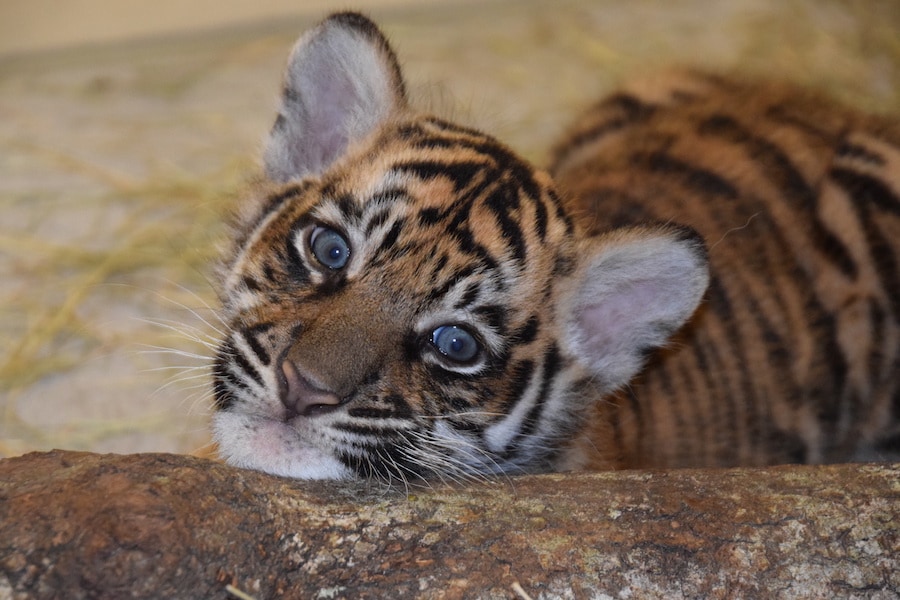 “The cubs wrestle with each other constantly and love jumping on plants and logs,” said Erin Heavey, an animal care specialist who cares for the tigers. “Jeda in particular loves ripping the bark off the logs and playing with all the pieces that come off. Anala is becoming more adept at sneaking and pouncing and loves hiding behind things (even when she isn’t entirely hidden) and trying to surprise attack Sohni or her brother. This is actually something she gets from Sohni, who loves to “hide and sneak” even though she isn’t always very covert about it.”

We look forward to sharing more about when Jeda and Anala will join us on stage in their habitat on Maharajah Jungle Trek. In the meantime, Guests can continue to visit their parents and learn about how they can join us in reversing the decline of these beautiful tigers in the wild at DisneyAnimals.com. 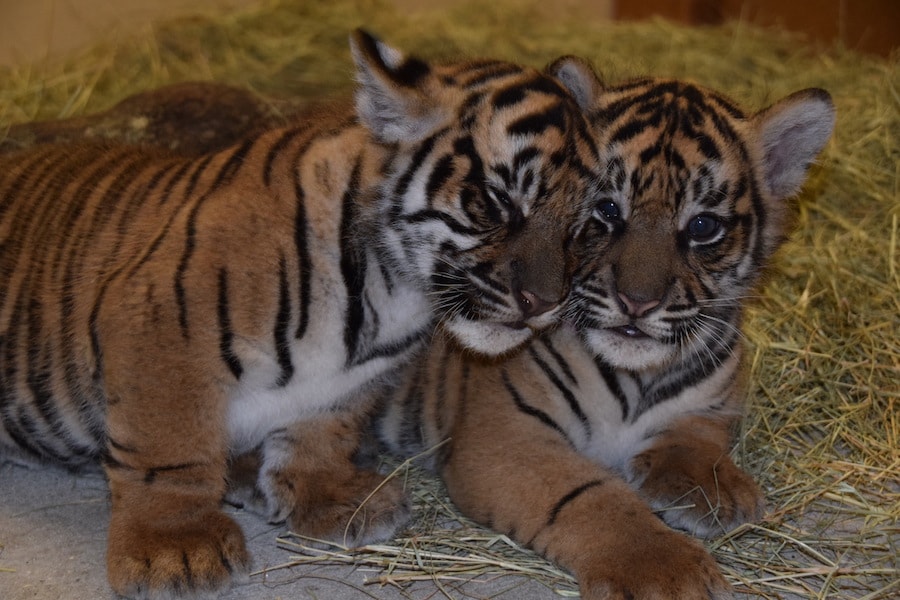