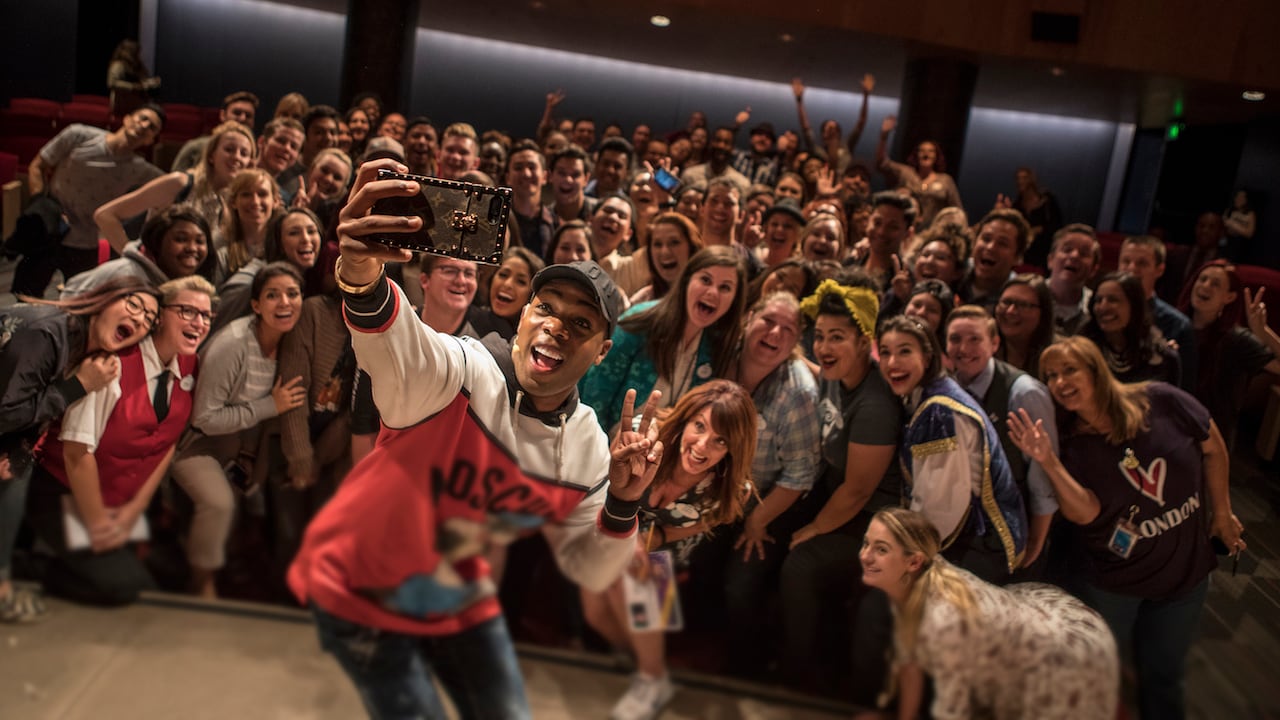 In a tale as old as time, Todrick Hall began his career as an entertainer performing in the Disney’s Hollywood Studios production of “Beauty and the Beast – Live on Stage,” and now is known around the world as a YouTube sensation. Growing up watching Disney animated films and listening to classic Disney songs, Todrick developed a love for performing. “I went to Disney for my first time, as a cast member,” he shared. “I couldn’t believe how amazing it was; I was blown away. It was one of the best experiences I ever had.” Earlier this month, Todrick Hall revisited his Disney roots. Disneyland Resort Entertainment cast members had the opportunity to attend a question-and-answer session with Todrick, presented by Entertainment’s Cast Conservatory program, which provides Entertainment cast with enriching and inspirational opportunities to broaden their skills. Nearly 100 cast members gained insight into the world of social media marketing and learned tools to build their own personal brand.

Well known for his YouTube channel, with nearly three million subscribers, Todrick creates, choreographs, produces and stars in his music videos. He has performed on Broadway and “American Idol,” choreographed for Beyoncé and Taylor Swift, and recently mentored the talented teenage stars of “Club Mickey Mouse,” rounding out his experience in the entertainment industry.

“I think it’s great that we can reach out and see the phenomenal talent that has started here and has gone on to do so many amazing things and bring it back to show us that this is possible,” said Jonathan Wampler, guest talent coordinator for Disney Performing Arts. “I thought this was truly inspiring. People could go on YouTube and become stars, anything is possible—through Disney and following your dreams.”

Todrick emphasized networking and challenging yourself. “I hope that each and every person that came to this class can take something away that ignites something inside of them to chase their dreams even more.”