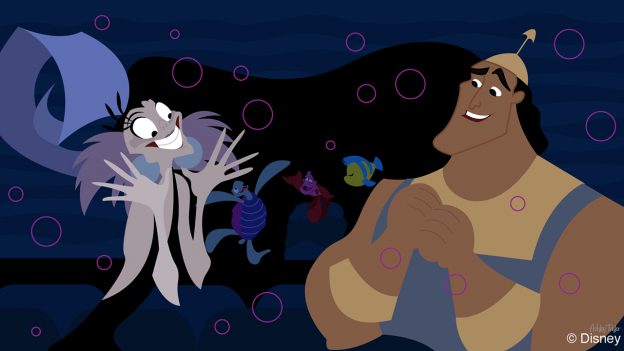 We’re starting another week here on the Disney Parks Blog with a Disney Doodle that imagines what two characters from “The Emperor’s New Groove” would do if they had the chance to visit Disney’s Hollywood Studios.

According to artist Ashley Taylor, Kronk and Yzma would be drawn to one attraction in particular.

“The Voyage of the Little Mermaid show is fun for all ages,” Ashley said. “Although I suspect Kronk and Yzma would be easily distracted by all of the bubbles in the theater.”