First Look: Marvel Day at Sea on the Disney Magic

The time has arrived when the mightiest Marvel Super Heroes and menacing foes assemble on the Disney Magic to make the action-packed Marvel Day at Sea a reality! Now, enjoy your first official look at some of the exciting day-long entertainment and adventures that will transport you to a new realm of heroic possibilities … 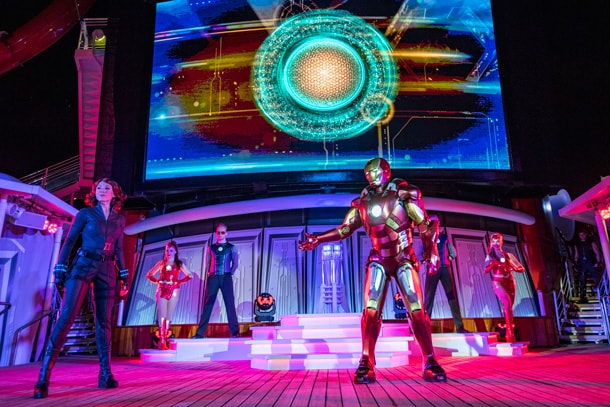 “Marvel Heroes Unite”
For the first time ever, Marvel Super Heroes and Villains face off in an incredible battle at sea! The super-charged nighttime show fills the upper decks with special effects, stunts and pyrotechnics and music. The epic finale culminates in the largest collection of Marvel Super Heroes and Super Villains ever assembled on a cruise ship. 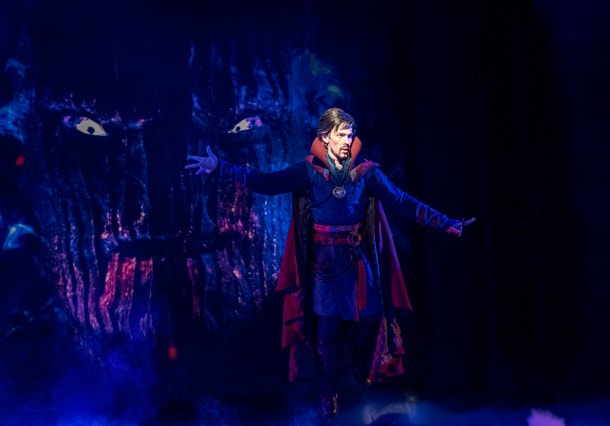 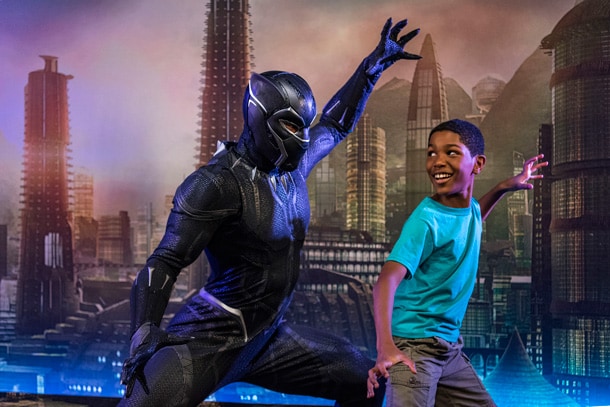 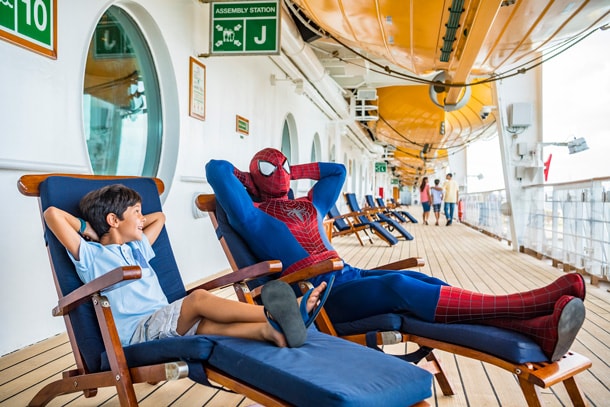 Heroic Encounters
Around the ship, you may happen upon your friendly neighborhood Spider-Man, who is always quick with a word of encouragement and helping guests hone their Spider-senses. Other Marvel Super Heroes you may encounter onboard include Captain America, Iron Man, Thor and Black Widow, to name just a few. 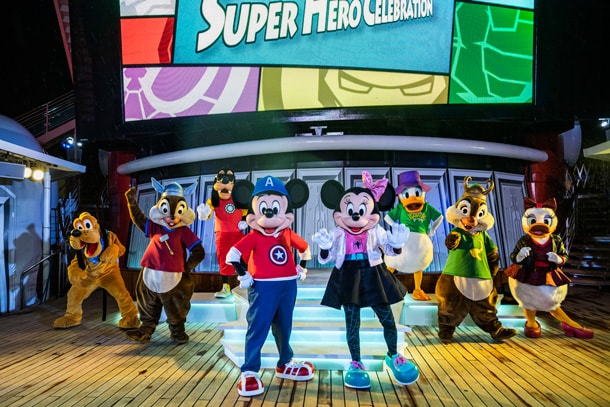 “Mickey and Friends Super Hero Celebration”
Even Disney characters are getting in on the action! Mickey, Minnie, Donald, Daisy, Goofy, Pluto, Chip and Dale dress up to honor their favorite Marvel Super Heroes.