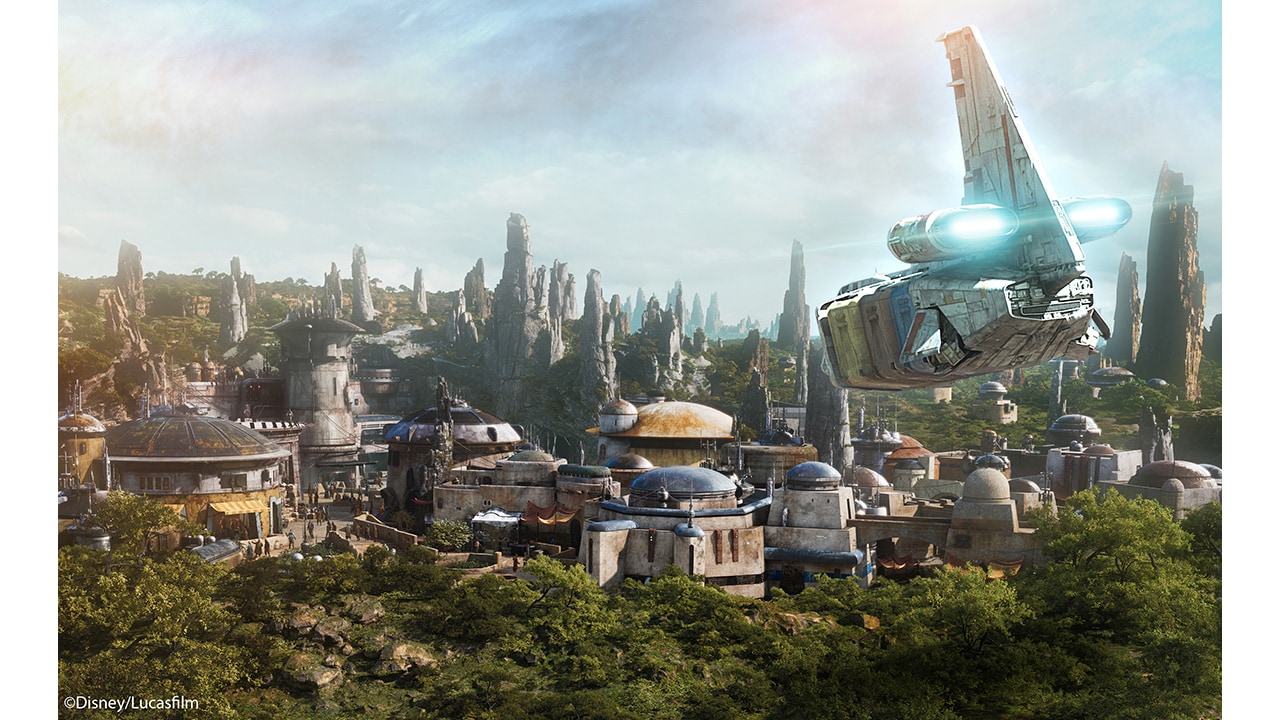 This morning, guests on Star Tours – The Adventures Continue boarded Starspeeders at Disney’s Hollywood Studios and Disneyland park to discover a thrilling new journey to the farthest reaches of space and found themselves landing unexpectedly on a planet in the outer rim of the Star Wars galaxy – a planet known to C-3PO, and now to us, as Batuu.

This remote outpost on the galaxy’s edge was once a busy crossroads along the old sub-lightspeed trade routes, but its prominence was bypassed by the rise of hyperspace travel. Now home to those who prefer to stay out of the mainstream, it has become a thriving port for smugglers, rogue traders and adventurers traveling between the frontier and uncharted space. It’s also a convenient safe haven for those intent on avoiding the expanding reach of the First Order. While Batuu may be new to us, it is clearly already familiar to many characters from the Star Wars saga as a stepping off point for epic adventures.

As the Creative Executive on these projects working alongside so many talented Imagineers and Lucasfilm partners, I look forward to sharing more updates from Star Wars: Galaxy’s Edge as we further explore the stories and adventures you’ll be invited to discover when our new lands open in 2019.