More than 35,000 runners indulged in an exciting menu of races this past weekend during the eighth annual Disney Wine & Dine Half Marathon Weekend presented by MISFIT. Among them was Hayley Brown, 23, from San Diego, Calif., whose remarkable story of survival and resilience is an inspiration for all of us.

In June 2012, Brown was a high school student on a volunteer trip to a medical clinic in Sinaloa, Mexico when her four-seat Cessna plane hit a power line, ripping off the wing and plunging the aircraft into the river below. Two fishermen in a rowboat rescued Brown while other locals helped transport her to a nearby hospital.

Brown suffered internal injuries, broken bones, lacerations and a head injury that required her to be placed into a medically induced coma for a week. After several months of recovery, she returned to school and a more normal life with the help of her family and friends. And thanks to a newfound love of running. 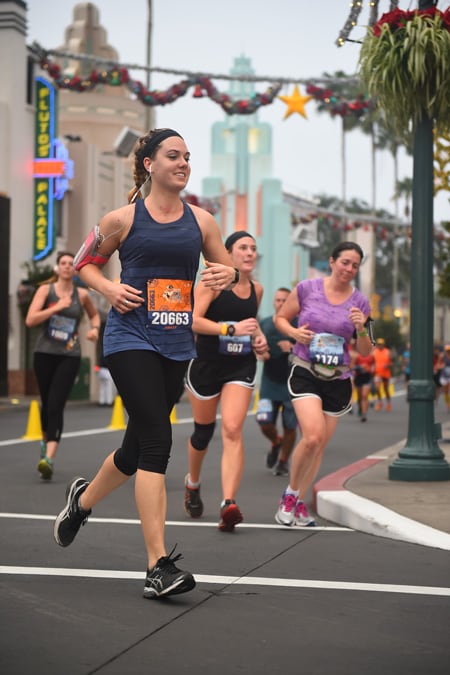 Running became almost therapeutic for her. Every time she crossed a finish line, she felt a little stronger and the memories of the incident felt more distant. To date, she has completed countless half marathons, three marathons and an ultramarathon. This past weekend here she added three new medals to her collection by completing the Disney Two-Course Challenge – running the 10K and the half marathon on consecutive days.

Check out the video below to see Brown’s inspiring journey during the Disney Wine & Dine Half Marathon Weekend.

Disney Wine & Dine Half Marathon Weekend was the first of four runDisney race weekends at Walt Disney World Resort for the 2017-2018 season. Next up is the 25th anniversary Walt Disney World Marathon Weekend presented by Cigna. If you have an inspirational or extraordinary runDisney story, we would love to hear it! Please send your story submission for consideration to WDPR.DisneySportsStories@Disney.com.