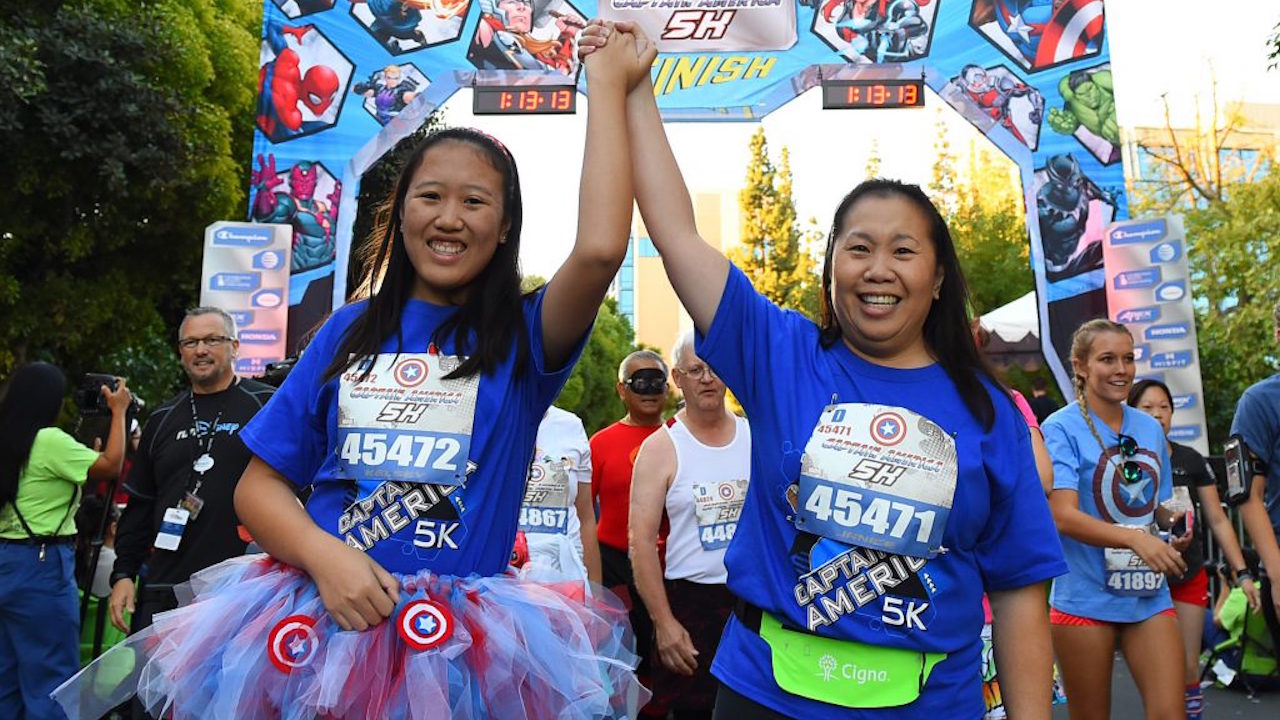 One of our favorite things about each runDisney race weekend is hearing your powerful stories!

Just weeks before the race weekend, Kelsey underwent major back surgery. The procedure took six hours and required surgeons to place two titanium rods, 23 screws and a cadaver bone in her back to correct a 70-degree curvature to her spine.

Despite the extensive procedure, Kelsey wouldn’t be deterred. She regularly walked six miles a day prior to the surgery and was determined not to let it sideline her. Fortunately, walking helped her recovery, and her doctors supported her plans to participate in the race so soon after her surgery. In true super hero fashion, she successfully completed the Captain America 5K with her family.

This year, Kelsey plans to return to the epic race weekend along with thousands of runners and everyone’s favorite friendly neighborhood Super Hero during the Spider-Man 5K.

Will you be celebrating your inner Super Hero during this year’s Super Heroes Half Marathon Weekend? For more information about the race weekend and available registrations, visit www.runDisney.com.

And don’t forget to share your experiences using the hashtag #AvengersHalf on runDisney’s social media channels!