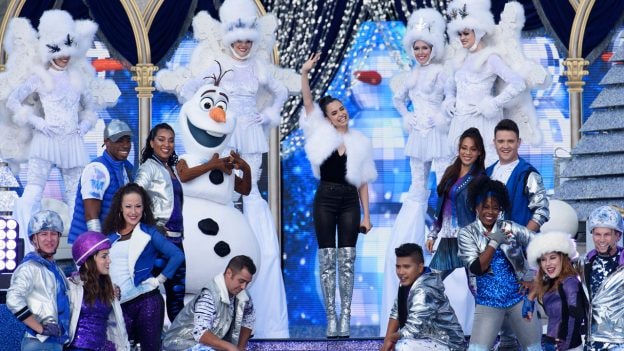 Earlier this month, we shared news about a flurry of Disney Parks holiday specials airing on ABC, Freeform and Disney Channel through the yuletide season! 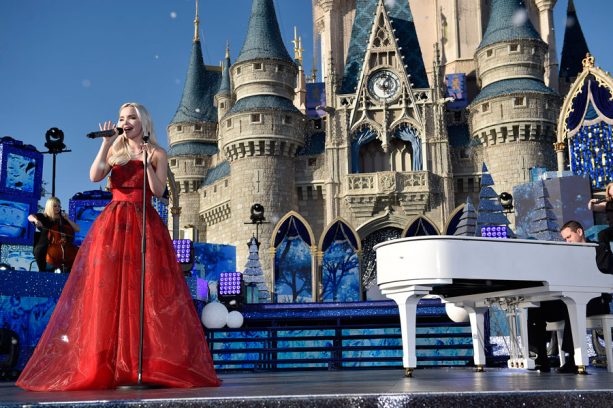 Get the DisneyNOW app and sign in with a pay TV subscription to be one of the first to experience the show before it officially premieres on Disney Channel on Friday, December 1, at 8:30 p.m. ET.

“Raven’s Home” stars Raven-Symoné and Issac Ryan Brown host the special, giving you a front-row seat to performances by favorite Disney Channel stars, including Dove Cameron and Sofia Carson from “Descendants 2,” Asher Angel from “Andi Mack,” and Milo Manheim and Meg Donnelly from the upcoming Disney Channel Original Movie “Zombies,” along with popular recording artists Fitz and the Tantrums and In Real Life. Let’s check out what Dove and Sofia had to share about the show:

The performances will take you from the Cinderella Castle stage at Magic Kingdom Park, to the Tree of Life at Disney’s Animal Kingdom, to Sunset Boulevard at Disney’s Hollywood Studios and beyond.

How’s this for a holiday treat? Booboo Stewart from “Descendants 2” will give a behind-the-scenes tour of Toy Story Land opening at Disney’s Hollywood Studios next summer!

Remember to mark your calendars for all upcoming Disney Parks holiday specials!