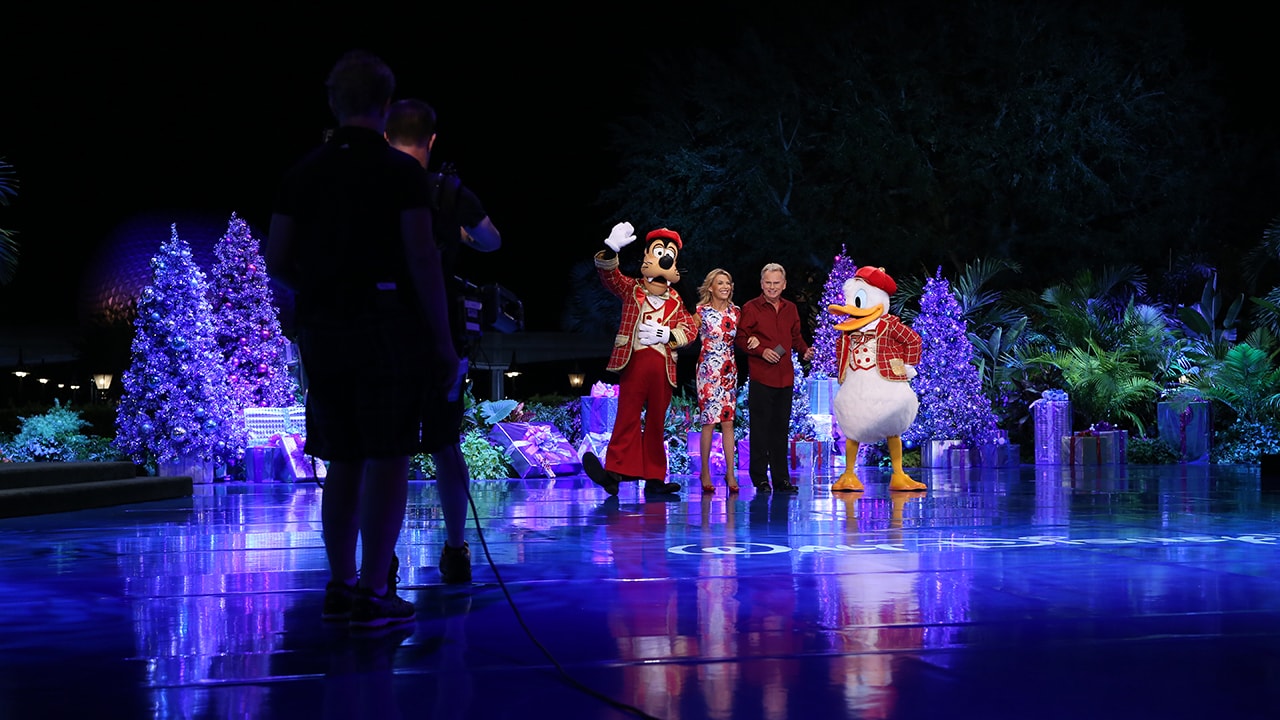 Long time Disney Parks Blog readers know of our fantastic history with our friends at “Wheel of Fortune.” Over the last five years, Pat Sajak and Vanna White, along with the show’s extraordinary team of Producers and Crew, have visited Disneyland, Walt Disney World, sailed aboard the Disney Cruise Line, visited Aulani, a Disney Resort and Spa in Hawaii… and even traveled to London and Ireland with Adventures by Disney. Footage from these amazing trips have been featured in multiple Disney-themed episodes. 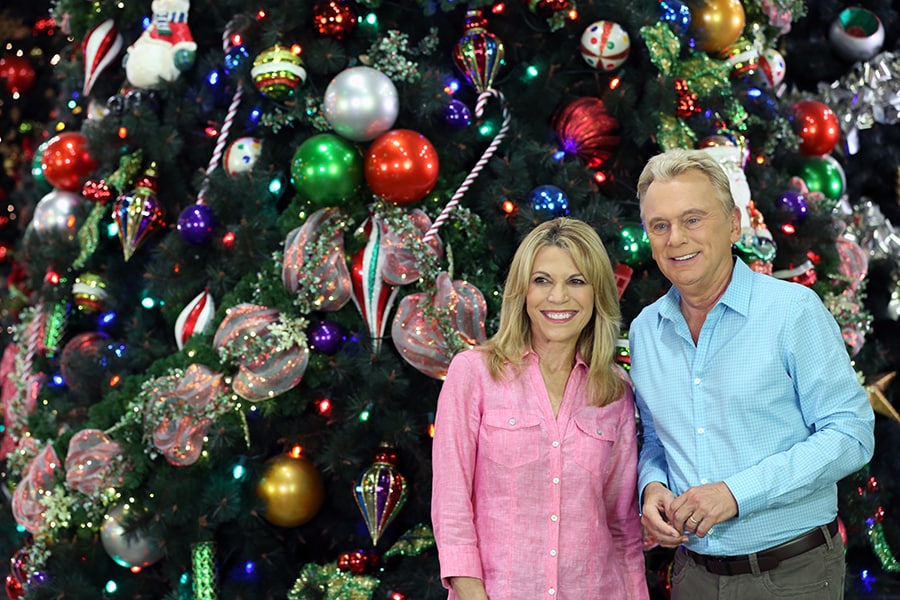 But… it’s “Wheel of Fortune’s” 35th Anniversary… and, they wanted to step it up a notch. And, so did we! Because, of all the places in the world the show could celebrate that milestone… they chose the Happiest. I’m so excited to share that beginning tonight, this week’s shows were filmed at Epcot at the Walt Disney World Resort!

I’ve shared many broadcast adventures with you over the years – but there’s never been one this big. Well over a year in the planning, over 175 members of the “Wheel” family, along with some extraordinary contestants, traveled across the country to join us for an amazing week of “Wheel” and Disney fun.

The holidays are officially under way, and we’re celebrating “Wheel”-style. In addition to some fantastic game play, you’re going to get a sneak peek into how we create Holiday Magic here at Walt Disney World – and, you’ll learn how you can Give the Gift of Disney this holiday season, as well. All of that, PLUS you’ll have a chance to win your very own Walt Disney World Vacation, and stay in a deluxe villa with the comforts of home at a Disney Vacation Club Resort – but you have to tune in to win! As you know, we always love to “lift the curtain” and give you a peek behind the scenes. We filmed all over the Resort, so I wanted to share a few pictures. Here’s Pat and I discussing a set up at an early morning shoot at Pandora at Disney’s Animal Kingdom… Pat and Vanna on our spectacular set, accompanied by a couple of familiar friends… and a fantastic shot of Pat and Vanna surrounded by some truly spectacular décor. (Who knows? Maybe this will be their Holiday card this year?)

The fun starts tonight… and lasts all week. Don’t forget to check your local listings for time and channel, so you don’t miss any of the fun.

(Oh… one last thing. Don’t tell anyone… but this may not be the only week of “Wheel” you’ll be hearing about from me. There’s a LOT more “Wheel” fun ahead in 2018. But, you’ll keep that between us, right?)