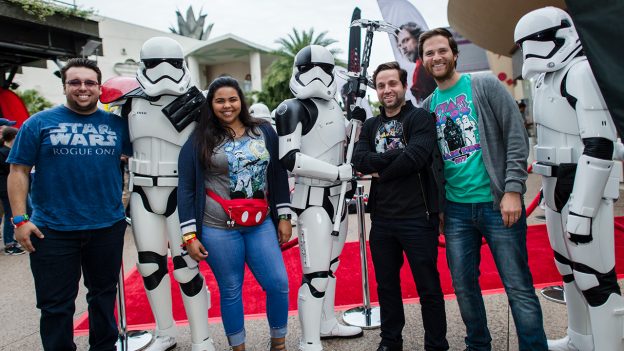 The highly anticipated film, Star Wars: The Last Jedi, is finally in theaters!

To celebrate, we gathered 250 Disney Parks Blog readers together to attend one of the first opening night showings of the film at AMC Disney Springs 24, where the red carpet was rolled out and Star Wars costume enthusiasts welcomed the crowd.

Afterwards, our guests stopped to give their thoughts on the film – and raved about it!

Check out our spoiler-free recap above!

Will you see Star Wars: The Last Jedi this weekend? Tell us in the “Comments” section below.