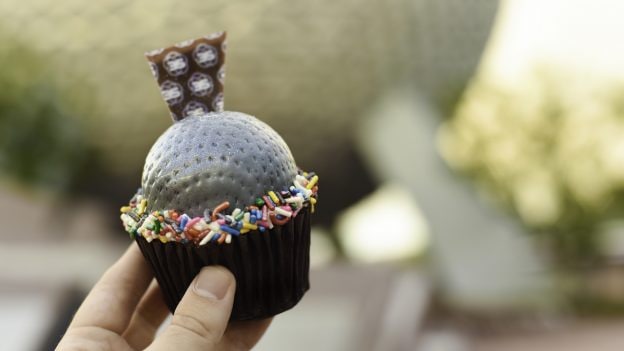 National Cupcake Day is today, and there are plenty of opportunities to celebrate here at Walt Disney World Resort! You’ll find all of these cupcakes and more throughout our theme parks and Disney Springs.

Epcot has several wonderful cupcakes for you to enjoy this holiday season. At Sunshine Seasons, you can find two fun cupcakes. The first is a new holiday cinnamon vanilla swirl cupcake with vanilla buttercream icicles. The second cupcake celebrates Epcot’s 35th anniversary and is a vanilla cupcake with peanut butter and jelly filling topped with edible flowers from The Land pavilion. 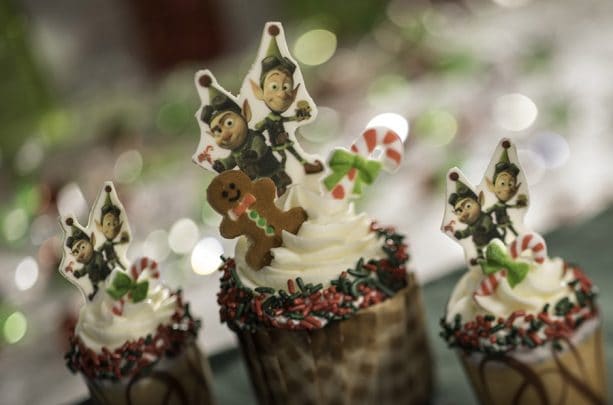 For the Flurry of Fun at Disney’s Hollywood Studios, you can find a “cool” Olaf Cupcake, a chocolate marshmallow-flavored cake topped with buttercream and everyone’s favorite snowman, at ABC Commissary, Catalina Eddie’s, Fairfax Fare and Rosie’s All-American Café. A special “Prep and Landing”-themed gingerbread cupcake can also be found at those locations as well as The Trolley Car Café. One of the year-round cupcakes available is offered at nearly every quick service location around the park – the Dark Side Cupcake: a chocolate cupcake topped with chocolate buttercream icing, chocolate shavings and a chocolate Darth Vader.

At Sprinkles at Disney Springs, you’ll find cupcakes galore in nearly every flavor you can imagine! For the month of December, you can find special holiday flavors like red velvet, chocolate peppermint and gingerbread. You can even order a spirited JOY box filled with their holiday cupcakes adorned with Sprinkles JOY sugar decorations. And for an on-the-go dessert, visit the Sprinkles Cupcake ATM right in front of the store, where you can order any cupcake available.