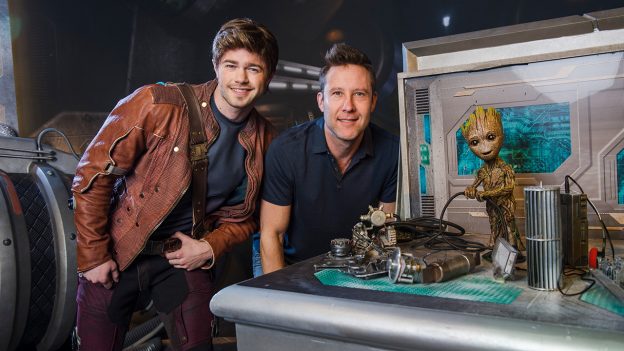 Hey guys! Today, I stopped by Disney’s Hollywood Studios to catch up with actor Michael Rosenbaum who plays Martinex in Marvel’s “Guardians of the Galaxy Vol. 2.”

Did you know Michael has been to both Walt Disney World Resort in Florida and Disneyland Resort in California many times? He’s a huge Disney fan! He shared that he usually travels with family or friends, always in big groups. His group today included friends who flew in from Utah, Los Angeles and New York for a Disney reunion, because “that’s what we do as adults.” 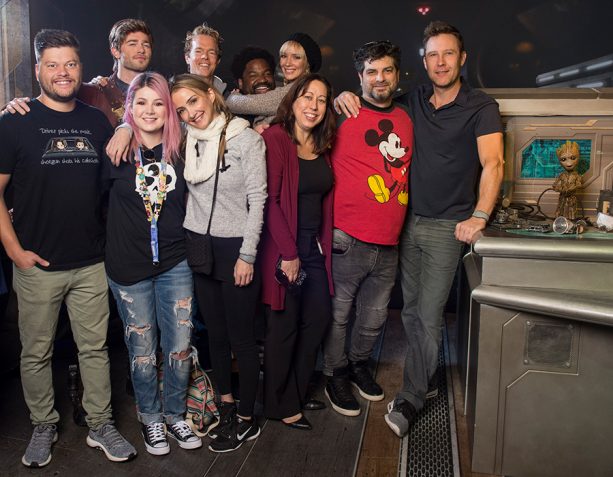 During his visit, Michael stopped by Disney’s Hollywood Studios to meet up with Star-Lord and Baby Groot. I can tell you this much, he and the entire group were mesmerized by Baby Groot!

And what kind of rides does he enjoy at Walt Disney World? Well, as you may have guessed, he’s a big fan of thrills.

“I like adrenaline, so I love Expedition Everest, Space Mountain, Tower of Terror, Rock’n’Roller Coaster, and we’re really excited about checking out Pandora – The World of Avatar,” said Michael Rosenbaum.

When he’s not in production or spending quality time with friends and family, Michael hosts his own podcast, called “Inside of You with Michael Rosenbaum,” where actors, athletes and musicians share where they came from and how they became successful. He recently interviewed “Guardians of the Galaxy” director James Gunn and co-star Michael Rooker, who played Yondu. How cool is that?