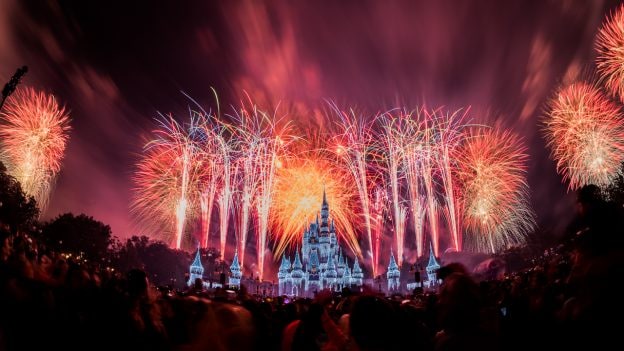 Disney Parks After Dark: ‘Fantasy in the Sky’ Fireworks Ring In the New Year

Are you spending New Year’s Eve at Magic Kingdom Park? Then you’re likely planning to stay for the countdown to midnight, which happens just seconds after the park’s special showing of “Fantasy in the Sky” fireworks.

“Fantasy in the Sky” features songs from some of the most beloved Disney films, including “Peter Pan,” “Pinocchio” and “Aladdin,” as well as favorite songs from attractions like “it’s a small world” and The Haunted Mansion. Be on the lookout for a special New Year’s Eve finale.

Can’t be there in person? Join us for our next #DisneyParksLIVE stream of the fireworks. Read up on that here.

Likes (0)
Share Disney Parks After Dark: ‘Fantasy in the Sky’ Fireworks Ring In the New Year