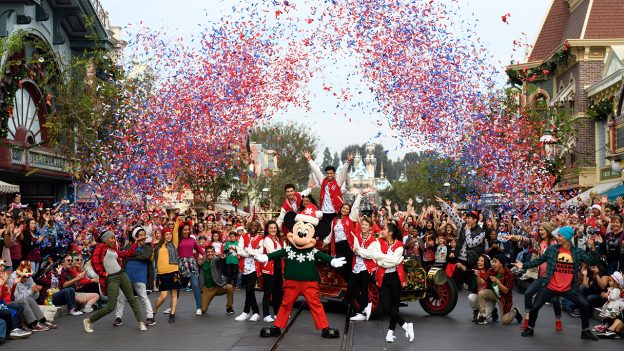 Merry Christmas, everyone! In just two more days, we’ll be surrounded by loved ones, opening presents around the Christmas tree and watching the “Disney Parks Magical Christmas Celebration.” The star-studded showcase of seasonal sights, performances and traditions, including the beloved Christmas day parade, airs December 25 from 10 a.m.-12 p.m. EST; 9-11 a.m. CST/MST/PST on ABC! 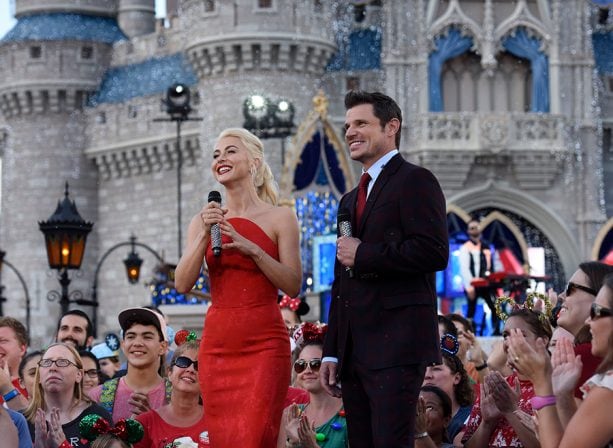 Emmy-Award winner Julianne Hough and multiplatinum recording artist and television personality Nick Lachey will take viewers on a magical ride down Main Street, U.S.A. at Walt Disney World Resort in Florida and beyond. 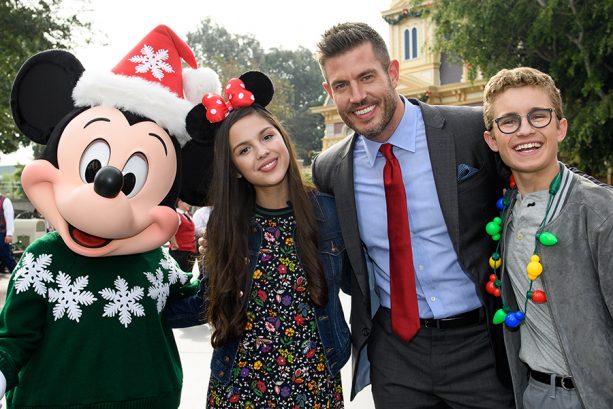 Sports star and commentator Jesse Palmer joins as co-host from Disneyland park in California where beloved Disney characters will take the helm of the most joyous parade of the season. Adding extra holiday sparkle to the Christmas day lineup, Sean Giambrone from ABC’s “The Goldbergs” and Olivia Rodrigo from Disney Channel’s “Bizaardvark” join the festivities as parade commentators. 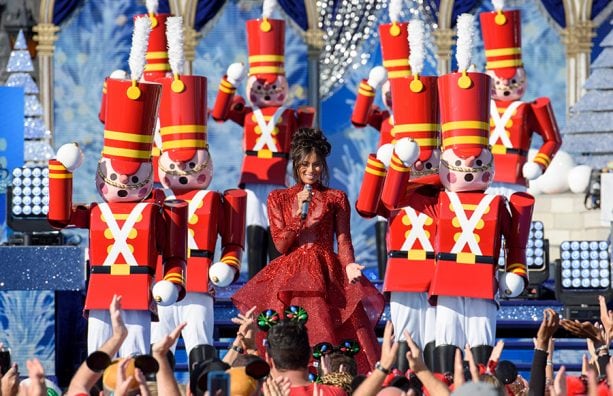 Musical performances will be sure to inspire harmonious family gatherings and singalongs!

Viewers Blast Off ‘To Infinity and Beyond!” Feel ‘the Force’ and More

During the show, viewers will ride along for a sneak peek at the new Toy Story Land opening in summer in 2018 at Disney’s Hollywood Studios at Walt Disney World Resort.

The stars of a galaxy far, far away will shine brightly Christmas morning as viewers also get a preview of the Star Wars-themed land, Star Wars: Galaxy’s Edge, opening at both Disney’s Hollywood Studios at Walt Disney World Resort in Florida and at Disneyland park in California in 2019.

Disney’s star couple, Mickey Mouse and Minnie Mouse, will get in on the holiday action when viewers learn about the new Mickey and Minnie’s Runaway Railway, also planned to open at Disney’s Hollywood Studios in the near future.

And, viewers will also learn more about Pixar Fest, the biggest theme park celebration of stories and characters from Pixar Animation Studios, opening at the Disneyland Resort April 13, 2018.