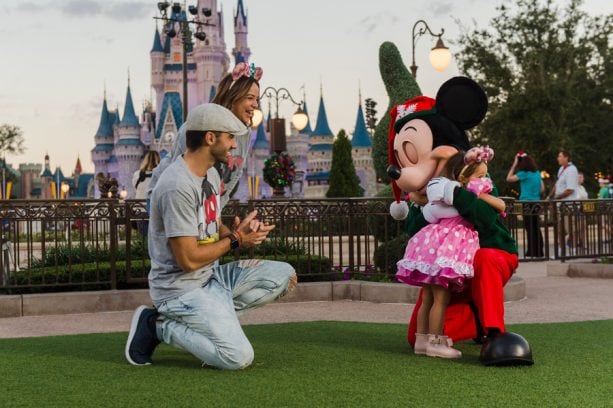 The show, hosted by Adamari Lopez (here with Mickey Mouse), Ana Maria Canseco, Rashel Diaz and Daniel Sarcos (with his family and Anna and Elsa), will be broadcasted from Magic Kingdom Park at Walt Disney World Resort in Orlando on December 25th and will feature lots of holiday surprises!

Join Mickey, Minnie and other beloved Disney characters on this special show that also includes participation of Mexican actress Angélica Vale who joins in from Disneyland Resort in California bringing the gift of fun with special performances and many surprises.

The star-studded line-up includes performances from top artists like Danna Paola, Christina Nodal, Joey Montana, Calibre 50 with many other surprises.

So, tune in this Monday from 7 a.m. – 10 a.m. EST on your local Telemundo stations! Feliz Navidad to you and your family from us at Disney Familia!