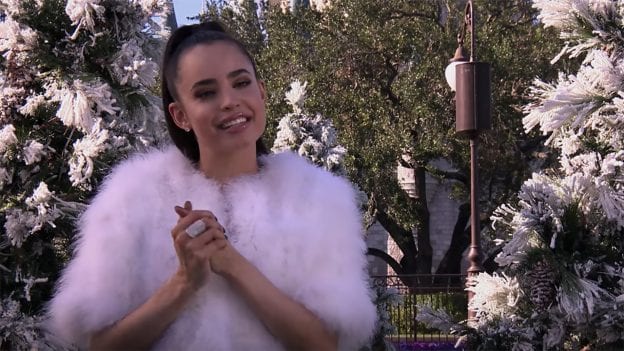 I am so ready for Christmas! And one of my favorite Christmas Day traditions is watching ABC’s “Disney Parks Magical Christmas Celebration.” The special event, which includes the beloved Christmas day parade, will air on December 25 from 10 a.m. – 12 p.m. EST on The ABC Television Network.

Returning to the star-studded occasion is actress and singer Sofia Carson. The “Descendants 2” star will perform alongside A-listers like Ciara, Darius Rucker, Fifth Harmony, Fitz and the Tantrums, Jason Derulo, Lea Michele and 98°.

We caught up with the talented Latina (did you know her parents are from Colombia?) to talk about her favorite Christmas traditions and bringing a little of her Hispanic culture into her art.

Check out the video below! There’s also a Spanish version here.