The Most Magical Place on Earth was decked out for the Holidays and was the setting for an extra special Christmas morning celebration!

It was a coast-to-coast party, with special segments straight from Disneyland Resort in California that helped kick off the New Year among the Hispanic community. 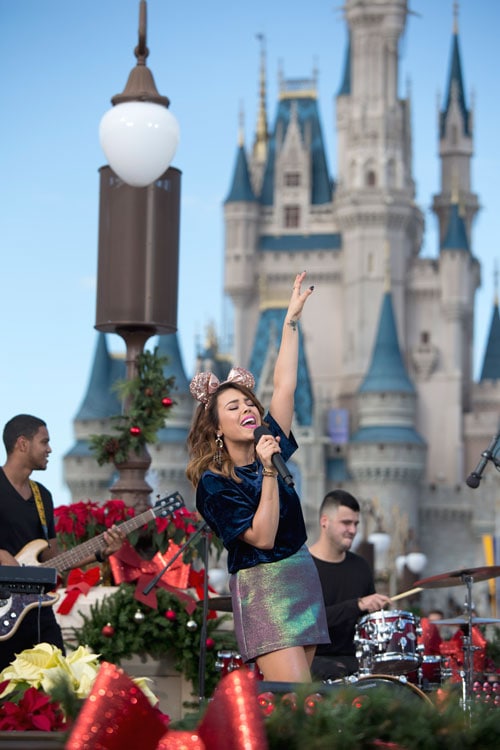 Surprises included guest appearances and performances by Mexican singer and actress Danna Paola, who voiced Rapunzel in the Spanish version of “Tangled”. Danna Paola was eager to pose with her rose gold Minnie Mouse ears!

All of us at Disney Familia were delighted to welcome our friends from Un Nuevo Día!

What was your favorite part of the show?