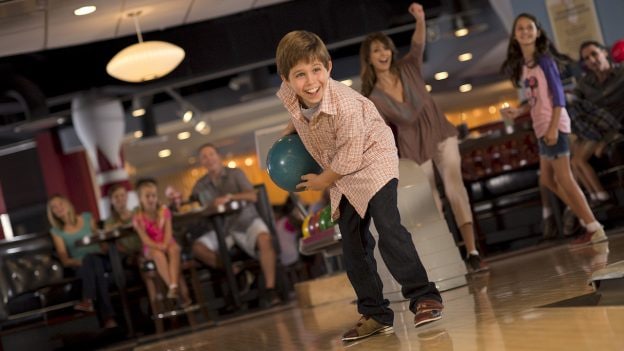 Lots of exciting changes are arriving at Downtown Disney District at the Disneyland Resort in early 2018! With new dining and entertainment experiences, here’s a peek at what to expect at the beginning of next year.

The new, groundbreaking hyper-reality experience, Star Wars: Secrets of the Empire by ILMxLAB and The VOID, will transport guests deep into the Star Wars universe, walking freely and untethered throughout the multisensory experience with friends and family. In groups of four, teams will go undercover as stormtroopers to capture Imperial intelligence vital to the budding rebellion’s survival. Star Wars: Secrets of the Empire will open on January 5, 2018. Tickets available now at TheVOID.com.

Splitsville Luxury Lanes is a dynamic recreation destination offering a unique combination of dining, drinks, bowling and entertainment. The Downtown Disney District location will feature 20 bowling lanes interspersed throughout the location, four dining areas (indoors and out), more than 25 flat screen TVs, and the ability to host both live performers and DJs. Splitsville will open in early 2018. Also, D-Street will close on January 2 and reopen in early 2018 as a reimagined retail space that offers Disney fans a variety of Disney-themed home goods. Guests will find a curated assortment of products that will change with each season. Not to worry, most of the unique items found at D-Street are available throughout the resort and shopDisney.com!

This is just the beginning! We’ll share details soon about other new and exciting experiences headed to Downtown Disney District in 2018.