Are you planning a trip to Walt Disney World Resort for New Year’s Eve? Earlier this week, we shared all the details of what to expect at Magic Kingdom Park, Epcot and Disney’s Hollywood Studios.

We also shared photos from last year’s New Year’s Eve celebrations at Magic Kingdom Park and Epcot. The photo up top was snapped during the park’s special “Fantasy in the Sky” fireworks – which will take place on both Dec. 30 and 31, beginning at 11:50 p.m. 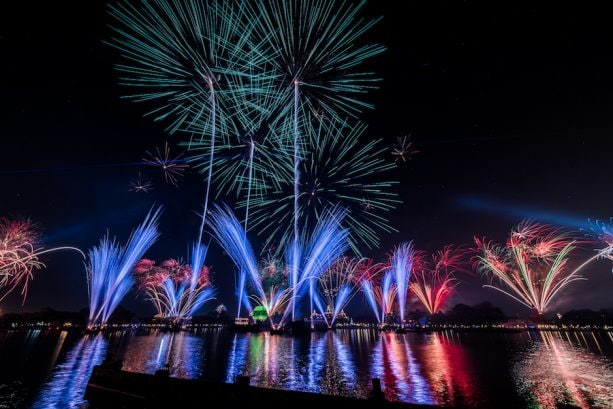 The image above was taken during the special New Year’s Eve “IllumiNations: Reflections of Earth” performance at Epcot, which will be held only on Dec. 31, beginning at 11:40 p.m.

Have you ever visited Walt Disney World Resort for New Year’s Eve? Tell us your tips and tricks below!